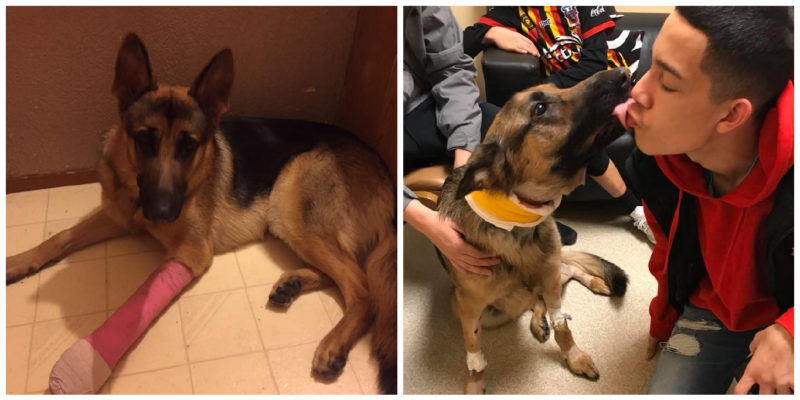 The dog was with his 16-year-old owner, Javier Mercado, when armed robbers broke into the house. 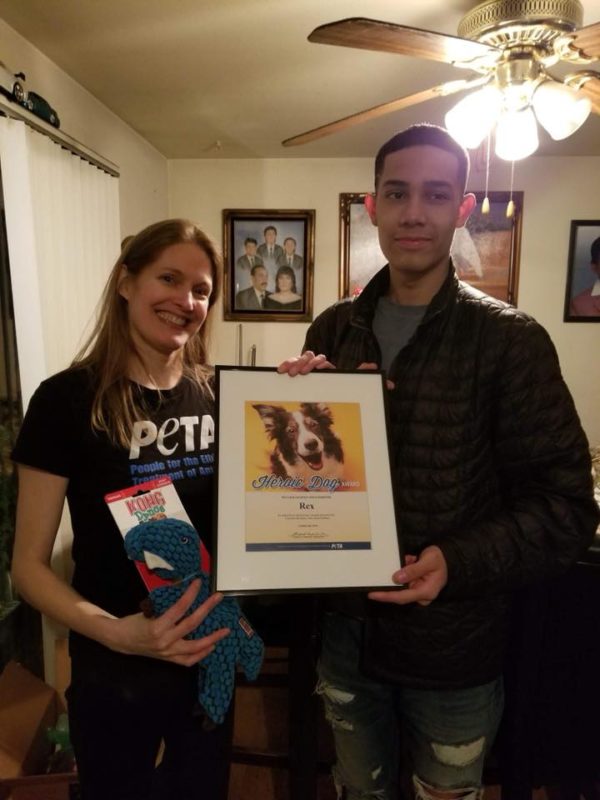 The boy’s older brother went to the gym, and his parents were at work, so there was nowhere to wait for help.

When Javier heard the criminals breaking down the door, he rushed to the second floor and hid in a wardrobe closet.

The teenager called 911 and reported the robbery, then texted his parents asking them to come home as soon as possible.

The criminals took out all the electronics from the house, as well as a lot of clothes and shoes. Rex interfered with the robbers as best he could.

He rushed at strangers with a loud bark, protecting property and his owner.

When the dog bit one of the men, he beat him severely.

Protective instinct made Rex go upstairs and check if his owner was all right. 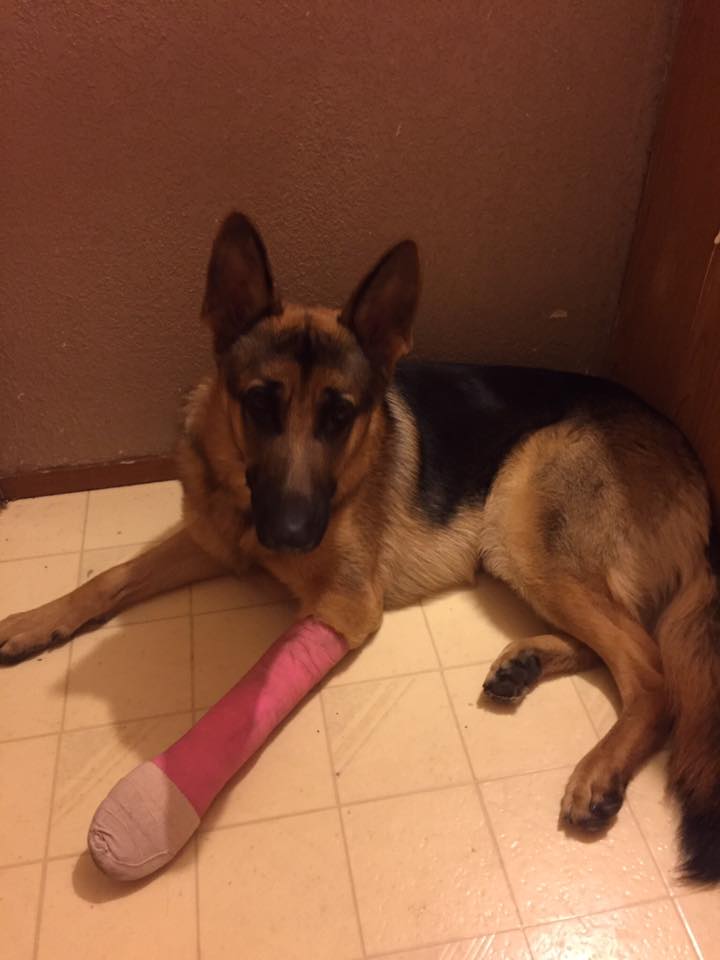 Unfortunately, the robber followed him.

When the criminal approached the closet in which Javier was hiding, the exhausted dog gathered all his strength and rushed at the stranger.

And at that moment the shot was fired.

The dog received four bullets – in the neck, front and hind legs.

The shepherd was bleeding. He was able to divert the robber’s attention to himself, and he, before reaching the closet, quickly went downstairs.

And soon Javier heard the approaching sound of the sirens of a police car. 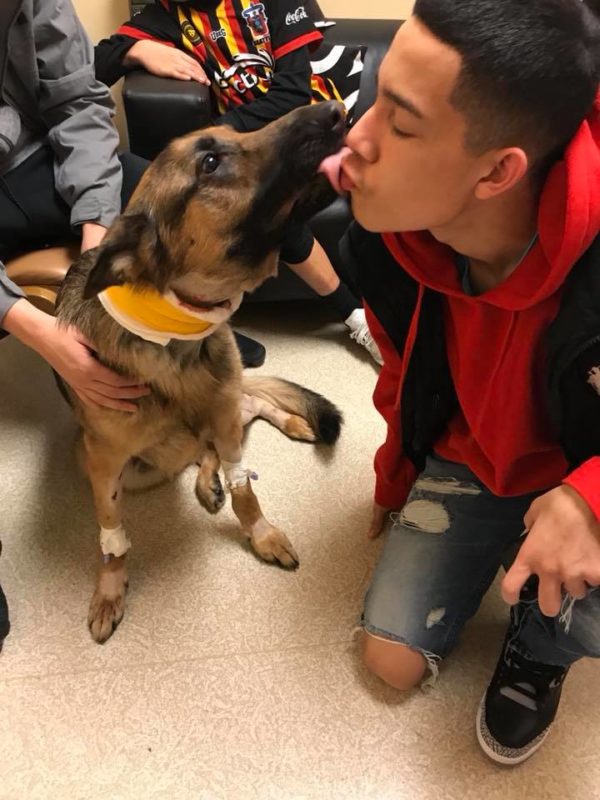 The criminals managed to escape, but thanks to the arrival of the police, Rex was helped in time, and he survived.

The family was unable to afford the expensive treatment, but fortunately, social media users, having learned about the dog’s act, provided them with financial support, raising more than 60 thousand dollars.

Thanks to this amount, Javier’s family managed to pay not only for surgical treatment, but also for the work of a pet psychologist, who helped the dog cope with post-traumatic stress.

It took a year of rehabilitation so that the dog could again fearlessly approach people and animals.

The dog received an award “for going above and beyond – at great personal risk – to protect his family from robbers.”

Kitten carries her favorite toy, which was always with her during the recovery, everywhere she goes
Animals
0 264

5-year-old child claims he and his classmate are ‘twins’, but when mom sees the photo, she can’t believe her eyes
Interesting News
0 344

Stray cat comforts an abandoned puppy, who is waiting for the return of the owners
Animals
0 256