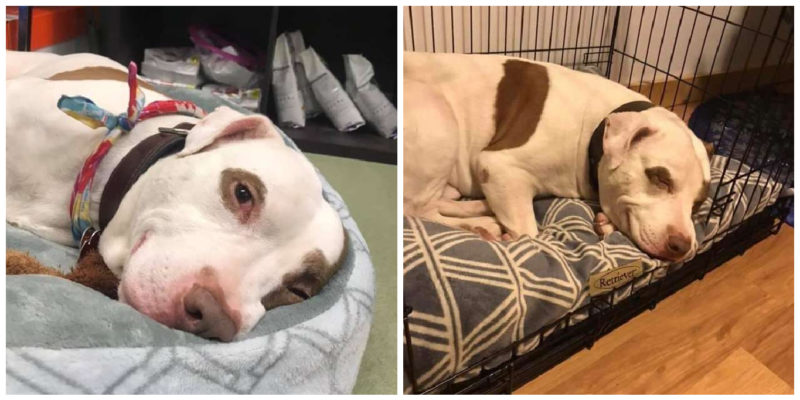 When Capone, a 7-year-old Staffordshire terrier, was taken from the Ionia County Zoo in Michigan, his joy knew no bounds. 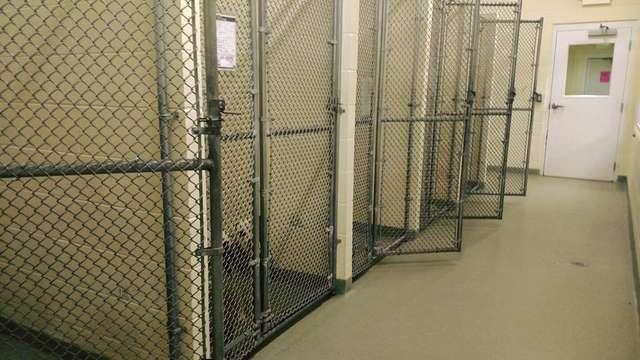 But after some time, the new owners returned the dog back – they decided to replace him with another pet.

So Capone found himself in a cage again – and not at all the cheerful dog he was before.

He changed a lot, he was sad all the time and refused to eat – it seemed that the dog had lost the meaning of life. 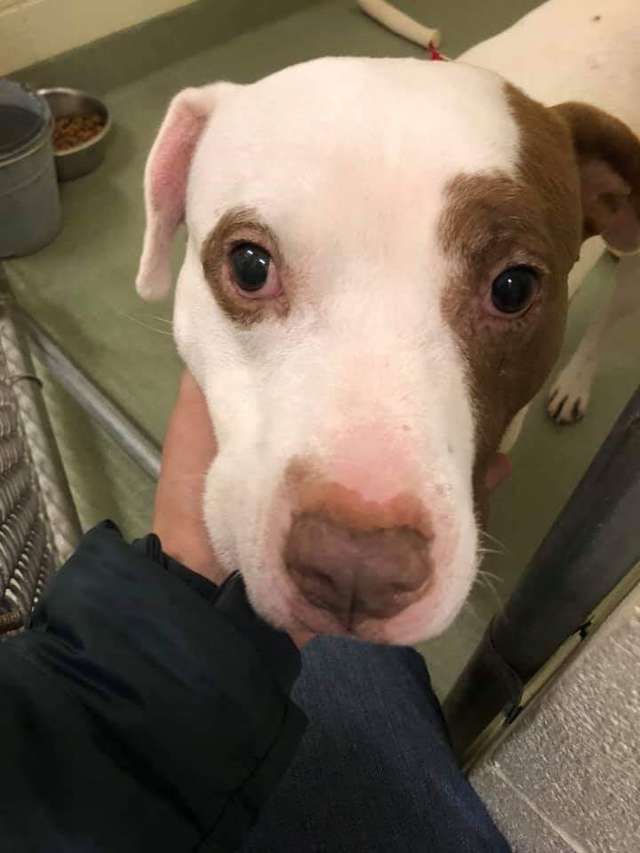 Before this incident, he joyfully met every visitor to the shelter, wagging his tail cheerfully.

Now he did not want to communicate with anyone, it seemed that the dog had resigned himself to his fate and did not hope that he would ever be taken away.

When all the dogs were taken to new families, things took a very sad turn.

Capone was left all alone, surrounded by empty cages.

To help the dog, the shelter staff posted his photo on Facebook. And it worked – several users became interested in him.

One couple fell in love with Capone at first sight, and they were arranged to meet the dog.

Joe and Ashley arrived at the shelter hoping to make a good impression on the dog. They brought a gift – a collar with a sign on which his name was engraved. 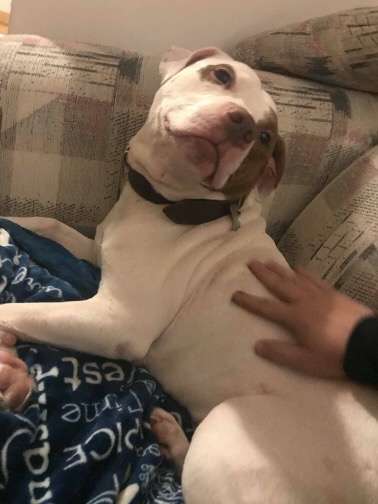 The caretakers were a little nervous, knowing that Capone had lost confidence in people, but a miracle happened – the dog immediately ran to the excited visitors.

This moment was the beginning of his new life with two wonderful people who are ready to do everything to make their pet happy.

Surprisingly, after moving into a new house, Capone began to smile! 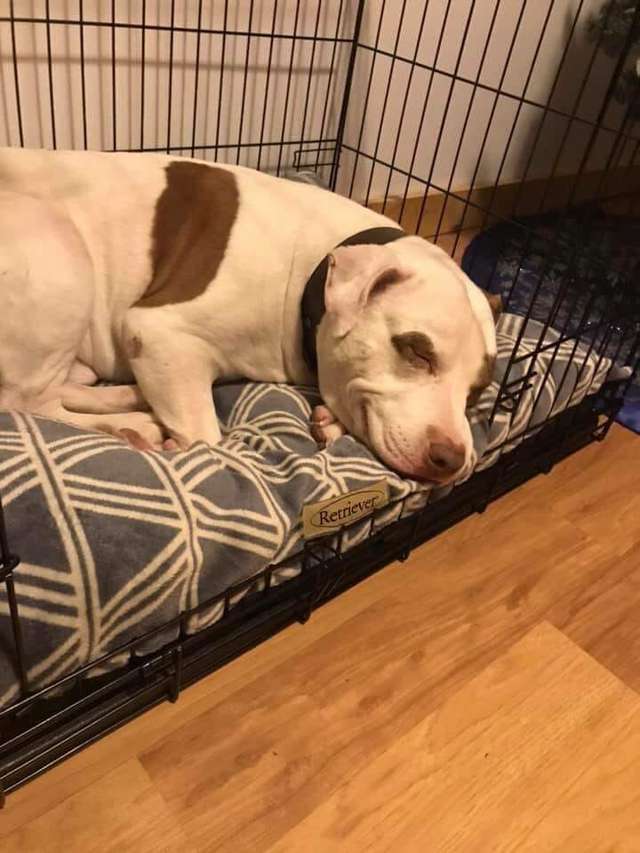 One of the caretakers of the shelter – Sammy Vincent – shared a photo of a happy dog ​​on Facebook.

“Just look at that smile,” she wrote. “We all burst into tears looking at Capone’s photographs. We are so happy for him!”