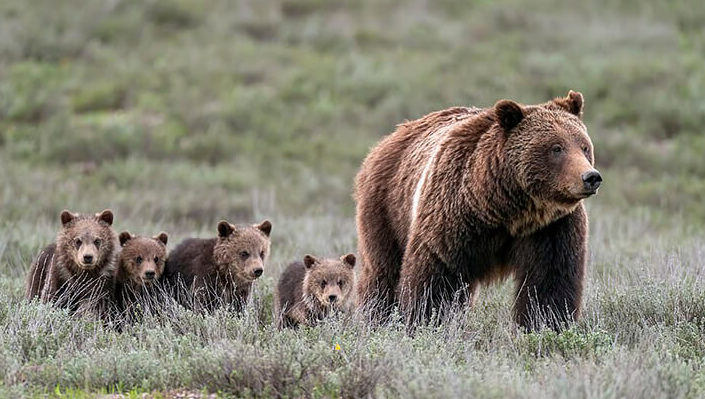 The 24-year-old predator, named Grizzly 399, has lived throughout her life in the Grand Teton National Park (northwestern Wyoming, USA). 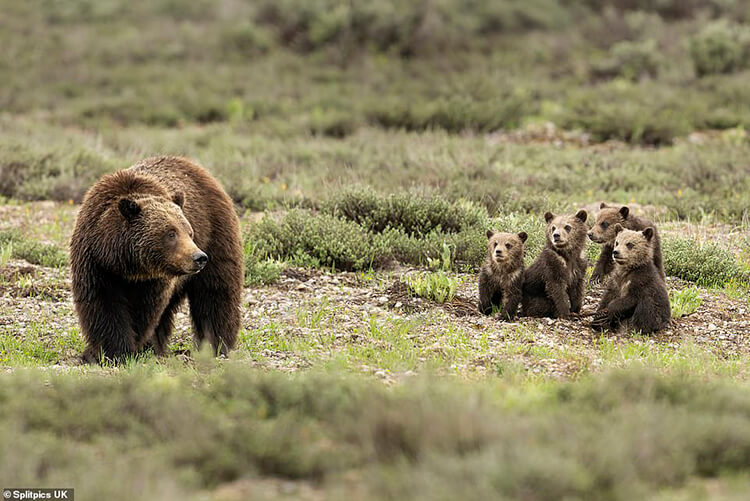 At the beginning of the year she gave birth to four offspring at once and thereby set a double record for a wild nature.

The bear mother became one of the most prolific female bears, giving birth to 17 cubs.

The last litter, consisting of four cubs, is also considered a great rarity, since bear females give birth to two, maximum three cubs at a time.

“We weren’t sure that she would have cubs again at such an age. Because grizzlies live a maximum of 25-30 years. Nevertheless, the old bear, accompanying her children through the reserve, does not let anyone close to her offspring and demonstrates to everyone that she is no joke,” local photographers Kate and Adam Rice commented on the bear family. 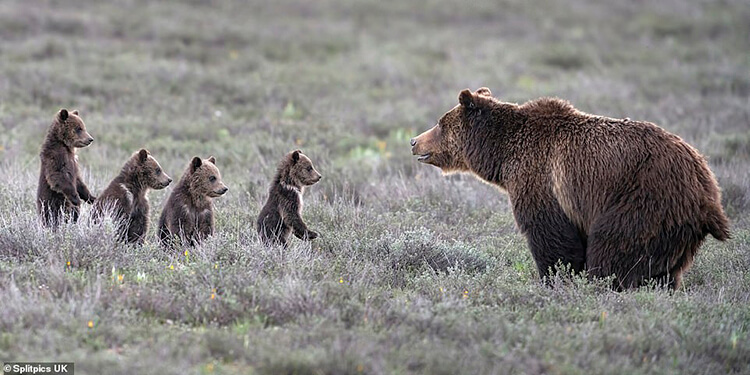 According to the staff of the park, the bear mother demonstrates wisdom and lives with her cubs in places where tourists often walk in order to avoid encounters with fellow tribesmen who can exterminate the cubs.

Grizzly 399 has long been a celebrity in the Grand Teton National Park. Plus recently the bear family can be seen driving past the park. 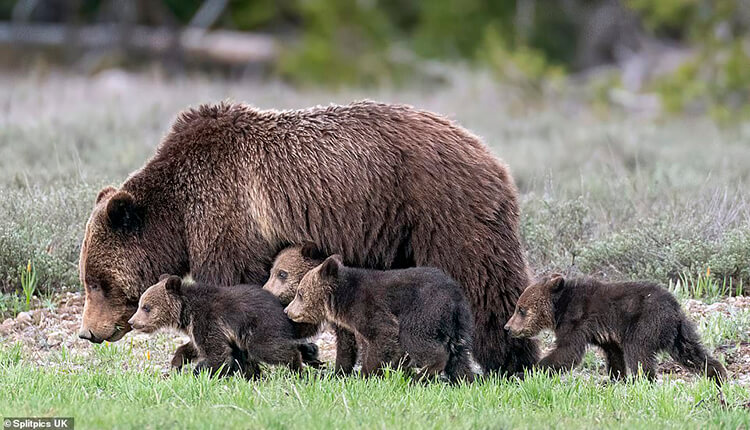 The Grand Teton National Park, bordering the famous Yellowstone National Park in the northern US, is home to approximately 750 grizzly bears.

The Vietnam War veteran, before dying in the hospice, made his last wish: to see and hug his beloved dog for the last time
Animals
0 577