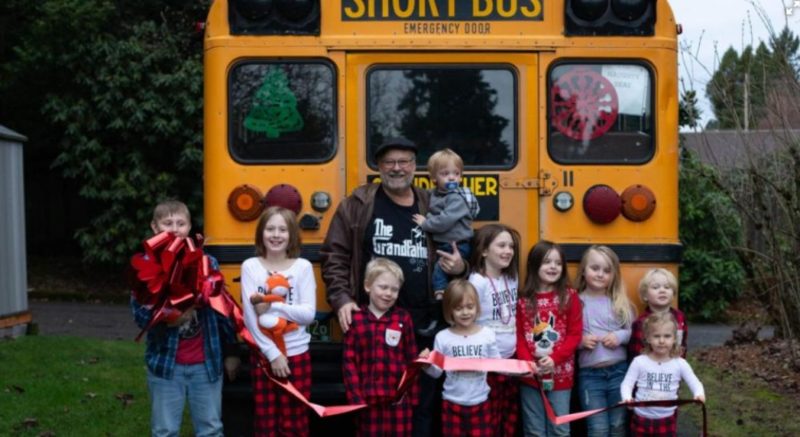 What present can a grandfather give to his grandchildren?

Of course, each person has his own idea of ​​presents. But there is no grandfather in the world who would not want to give the kids something special and at the same time really necessary.

And if, thanks to a gift, children begin to spend more time with their grandfather, then this is an ideal option. 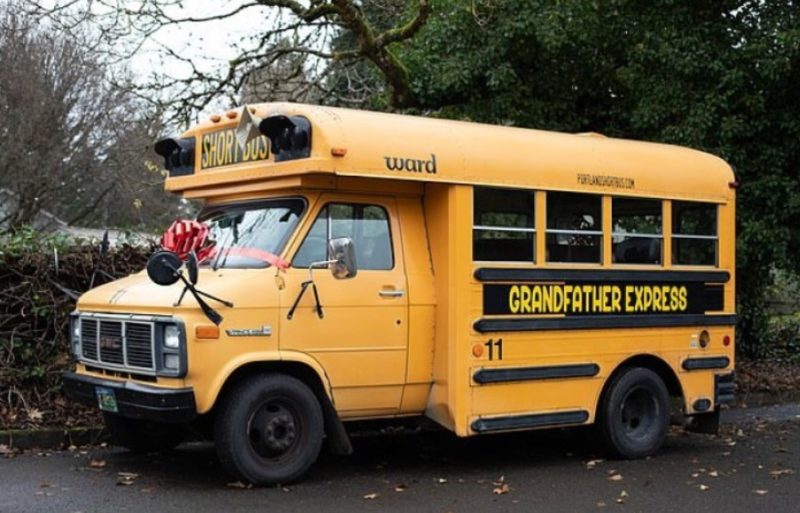 One man made such a gift to his grandchildren. He presented them with a school bus.

Grandfather’s gift “Grandfather Express” is the inscription on the minibus, which was presented to his ten grandchildren by Doug Hayes, a retiree from Gladstone.

The town is located in Oregon, just south of Portland. Doug has ten grandchildren, and they all live close to each other.

Doug loves spending time with all of his grandchildren, but of course Grandpa only gets that opportunity during family weekends.

Why the bus? Doug Hayes, like any other grandfather, wanted to spend more time with his grandchildren. 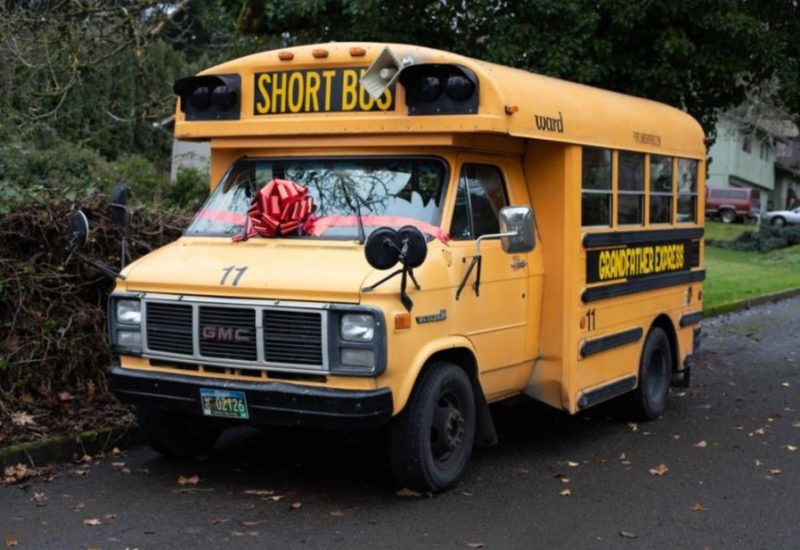 Once he shared his worries with his wife Amy, and she, visiting the families of her children, drew attention to what her grandchildren needed.

Five out of ten children go to school, and soon two more will join them. Of course, three very small grandchildren will also grow up and go to school.

The children attend a small local school that does not have its own transport. The school is half an hour away from the area where Doug’s grandchildren live.

Amy told her husband what she had learned and also told him that it would be amazing if Doug would drive the kids to school every morning.

This is a great opportunity to be with the grandchildren, besides, it is really needed.

Finding the right bus was not easy. Doug Hayes wanted to buy not a real, big bus, but a compact, but roomy enough car.

It was difficult to find a minibus at a reasonable price and in good technical condition. But the grandfather from Oregon did not give up and still managed to find a suitable car. 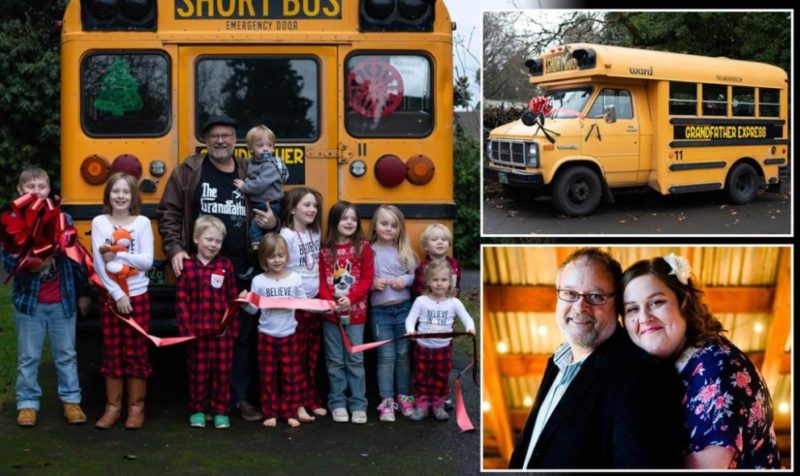 The car was painted in a local auto repair shop, turning it into a real school bus. The inscription “Grandfather Express” was put on the side.

The car was decorated with a bow and driven to Doug’s house, where the whole family gathered for a festive barbecue. Children, as well as their parents, were delighted with such a gift. Of course, the whole family immediately began to take pictures in front of the Express.

Doug’s grandchildren are looking forward to the end of the holidays, because they will all go to classes together, on a private bus driven by their beloved grandfather.

Wild fox who was saved by a kind man, has returned the favor by comforting him as he recovers from eye surgery
Animals
0 431