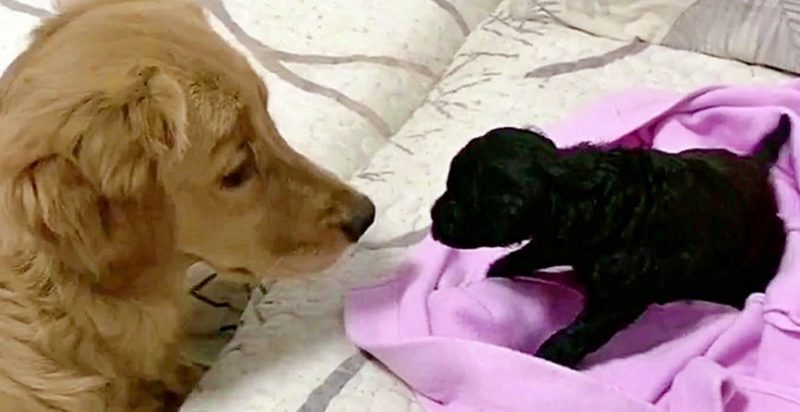 Golden Retrievers are considered to be the sweetest and most playful dogs among all breeds.

And Pork, certainly, falls into this category. 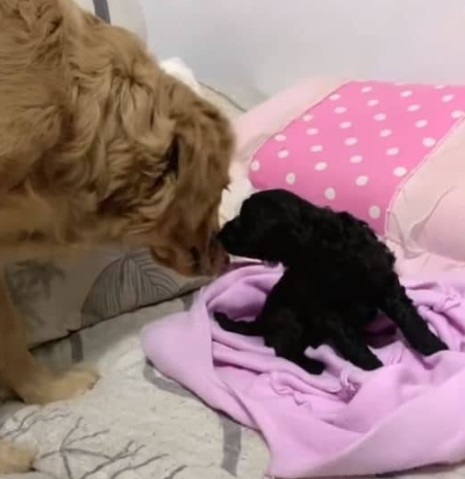 Pork is very friendly with other dogs and seems to love them very much. Due to this fact, his owners, decided to get him his own puppy sister.

When they got the new puppy and brought her home, they decided to film the first encounter of two doggos.

The pup’s name was Teddy Sugar.

When Pork first saw Teddy, he started sniffing her, and the pup quickly responded with wagging her tail.

Although Teddy Sugar was much smaller than Pork, she wasn’t afraid of him at all.

They liked each other from the first sight.

She leans over to sniff him one more time, while Pork does the same.

Pork then goes into play mode, jumping all over the place. He is clearly very happy to meet his new sister. 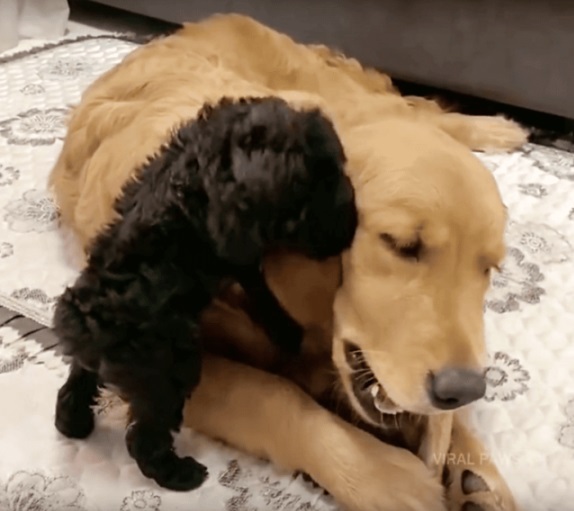 Teddy starts licking, biting, and crawling all over Pork without hesitation.

They are both so exhausted by the end of their first meeting, that they curl up next to each other to take a nap.

The family “arrested” the cat who stole food from the table, here is the moment of detention
Interesting News
0 83