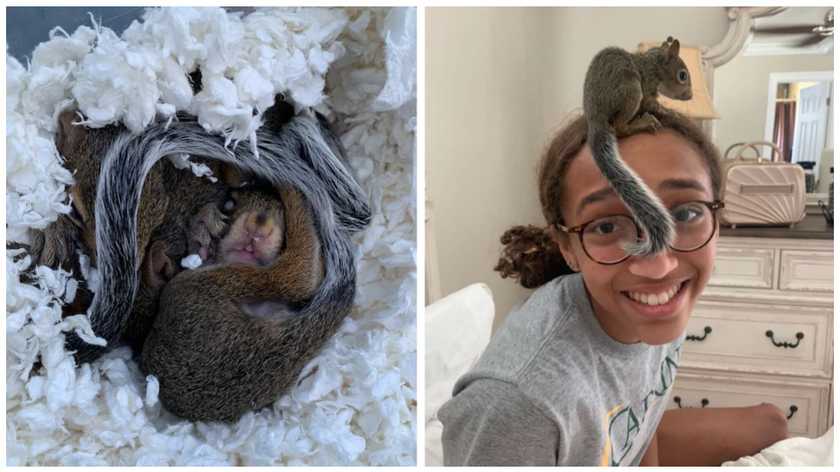 15-year-old Bailee Villavaso and her family are from New Orleans.

When the hurricane began, they were forced to evacuate. 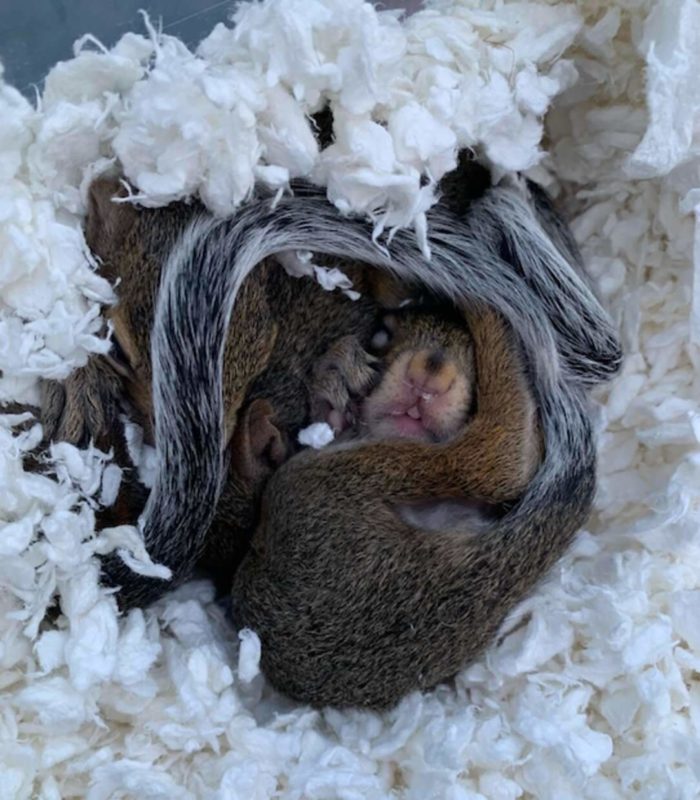 But before doing so, Bailee took the time to lend a helping hand to a few tiny creatures whose lives were turned upside down by a violent storm.

The girl noticed a nest on the ground, which the wind had torn from the tree.

She looked inside and saw three little squirrels there, but their mother was nowhere to be found. 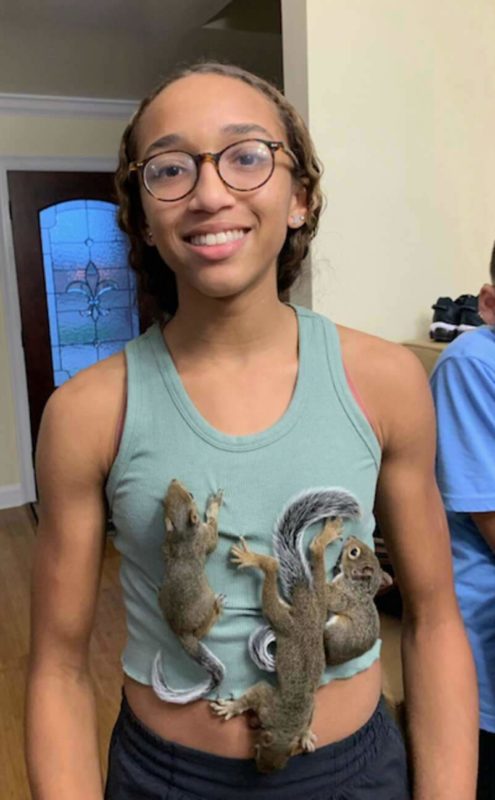 The girl did not want to leave them to their fate, so she hurried home to get a box and a towel.

“I dried the squirrels with a towel and put them in the linen box. They were extremely lethargic and huddled together to keep warm,” says the girl.

Worried about their health, Bailee turned to her vet relative for advice. He suggested that she buy powdered milk for the puppies and a small feeding bottle.

The girl began to feed the squirrels twice a day.

They immediately became more energetic, and in about a day they began to run and climb on their savior.

So the girl became the foster mother of three squirrels. 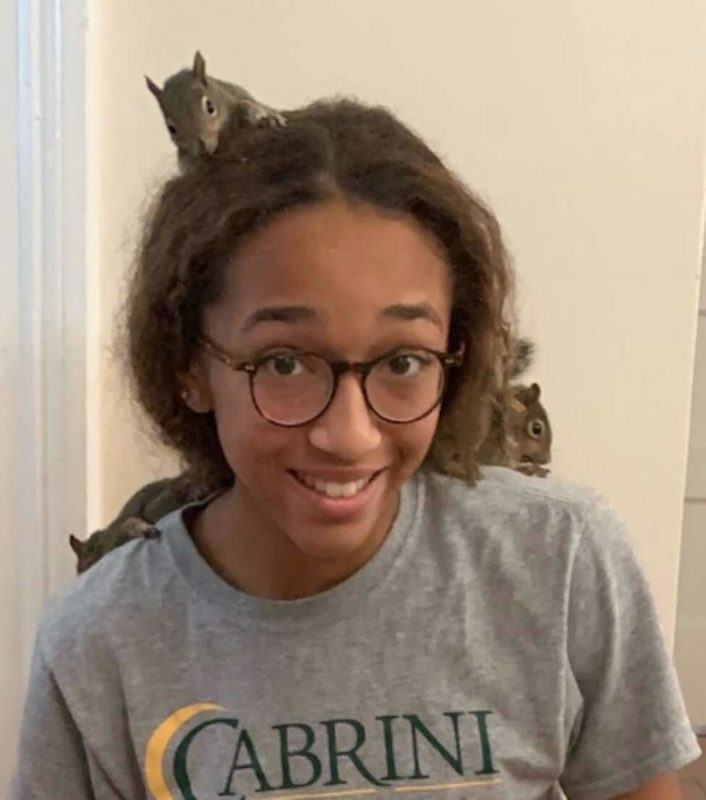 She named them Alvin, Simon and Theodore, after famous cartoon chipmunks.

When the family was forced to evacuate, the rescued animals went along with everyone else.

Alvin, Simon and Theodore still live with Bailee in the house where the family moved.

And although the girl likes to take care of them, she understands that this should be done by suitably trained people. 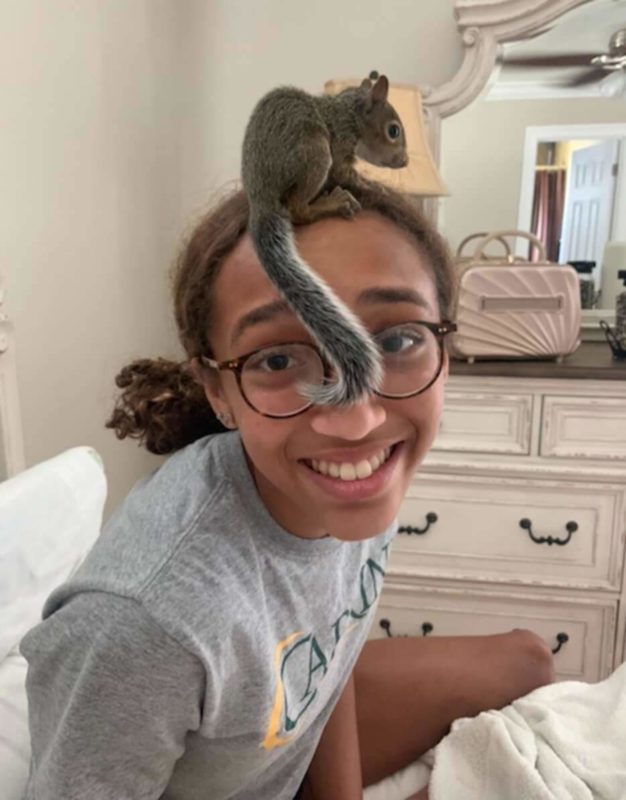 Once she already tried to attach them to a rehabilitation center, but she could not do this, because after the hurricane it was crowded with other animals.

However, Bailee says she will continue to look for other rehabilitators who can bail orphaned animals.

In the meantime, they enjoy being together in their temporary home. And the squirrels look pretty happy with their new mom.

During vacation, the young boys of the family rescue a newborn beluga whale washed up on the riverbank in Canada
Animals
1 20390

Meet Hansel, the first pit bull arson detection K-9 in the US, who was rescued from participating in dog fights
Interesting News
0 257