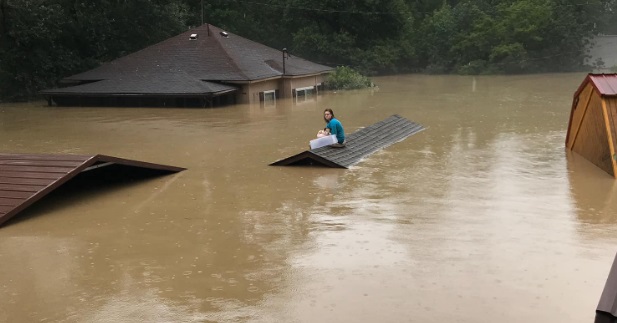 The disaster affected almost every family! 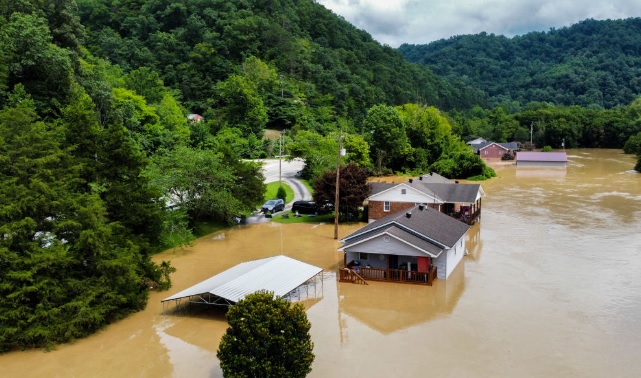 The elements once again proved that dogs have long been part of our families.

Chloe Adams, 17, who was at her grandfather’s house with her dog during the flood, was able to react quickly to save the life of her dog Sandy.

According to the girl’s father, Terry Adams, Chloe and Sandy missed the grandfather, who took shelter on the roof of his house.

To prevent the poor dog from drowning, the girl put her in a plastic bucket, and then made a dangerous swim to a place above the floodwaters – the roof of her neighbor. 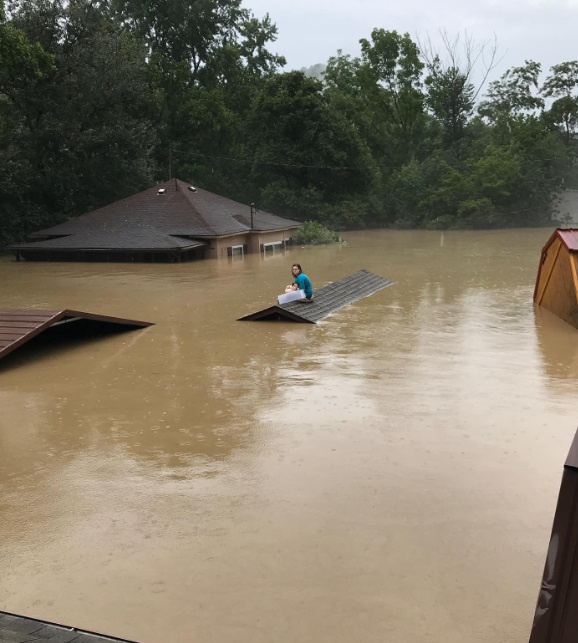 The brave girl had to swim against the current in the night!

So the dog and the girl ended up on a neighbor’s roof in the middle of a flooded city. A few hours later, the teenager was rescued by her grandfather Larry Adams on a kayak.

He later said that his smart and brave granddaughter had to swim 64 meters to the roof at night in a strong current. 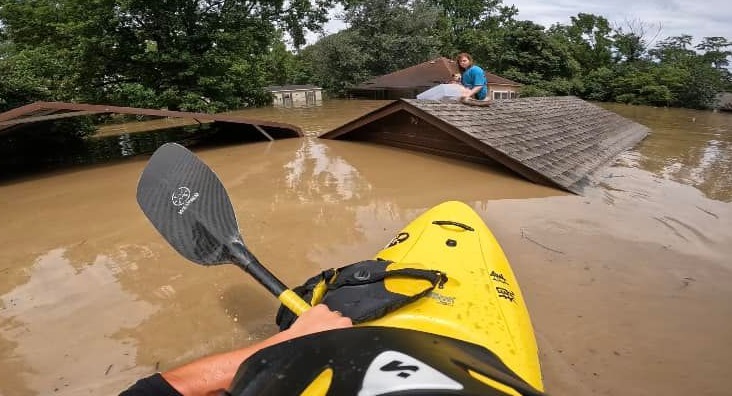 He wrote on his social media: “I have never been so grateful for becoming a kayaker as in these last few days. Chloe waited several hours until it was possible to swim up to her [due to the current, this was dangerous]. She is a hero.”

The Adams family lost everything that fateful night, but the most important thing remains!