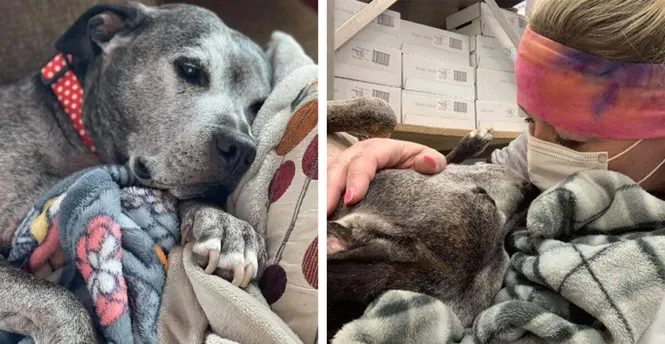 In January 2011, a kind man named Ernie Moss found a frozen dog on the street.

Her paws were tied with wires, her muscles cramped from hypothermia. It was evident that the animal was beaten – and, apparently, more than once.

Ernie might not find her – the pit bull was lying covered with a blanket under a fallen tree. But one of his boxers found the leash and began to pull it, leading the owner to the poor animal.

It is a miracle that the dog named Tatiana survived. The temperature outside dropped to minus, there was snow all around, and the body of the pit bull was covered with frost.

Ernie’s wife immediately called the animal rescue service and ran home for tools to cut the wires from Tatyana’s paws and mouth.

Half an hour later, staff from the Capital Area Humane Society arrived. According to the report, doctors at the veterinary clinic found she had multiple injuries to her head, chest and abdomen.

Fortunately, X-ray did not reveal skull fractures, but even without them, the dog was in serious condition. 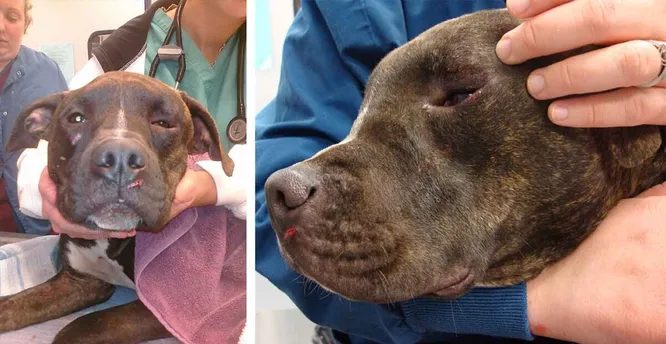 Tatyana spent 18 months in the hospital, and after she was sent to the Mackenzie’s Animal Sanctuary in Lake Odessa, Michigan.

Tatyana had to get used to the new place for a long time. She showed aggression towards people and other dogs.

After the experience, she was afraid of people, especially men, but the shelter staff were ready for this and showed great patience.

They understood that her aggression was the result of cruel treatment, torment that she had experienced for years. At heart, this injured dog was completely different – kind, cheerful, ready to love. 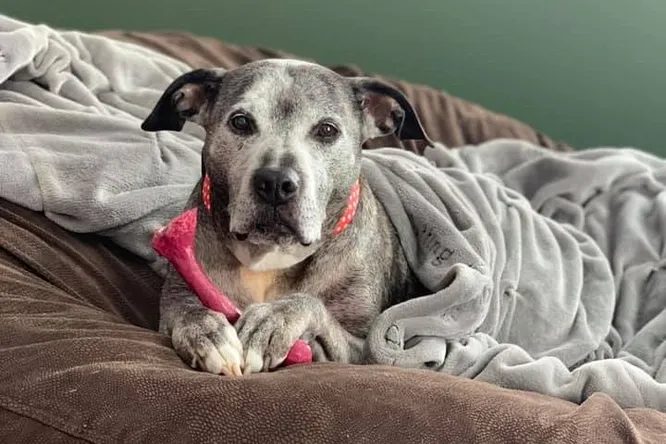 It was difficult for an elderly pit bull who avoids people to find a new family. Visitors to the shelter avoided Tatiana.

For ten years she waited within four walls for her chance, until a new volunteer named Michelle came to work at Mackenzie’s. She immediately liked the dog, and she decided to give her a chance.

Michelle and her husband undertook the constant care of Tatiana, and a “golden autumn” began in the life of the elderly pit bull. 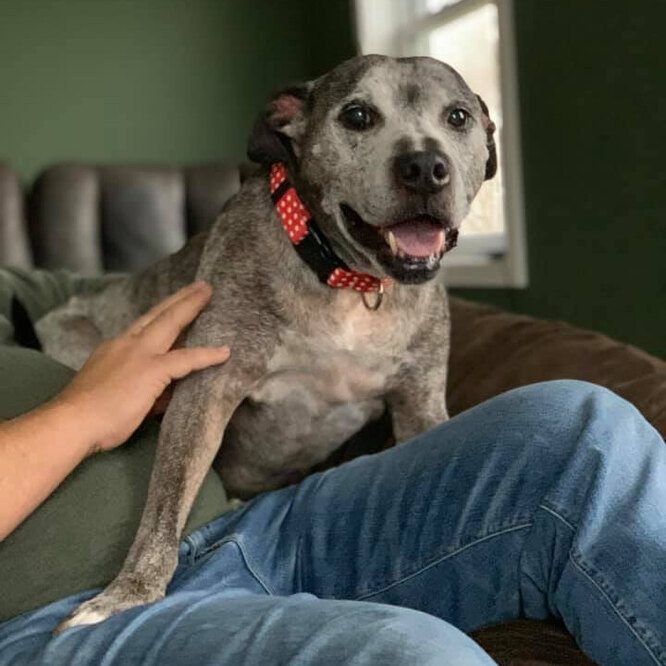 Meanwhile, the Capital Area Humane Society took control of Tatiana’s case. The former owner, who tied the battered dog and left it to die, was found.

The man pleaded no contest to the charge of cruelty to the animal and deliberately leaving it in danger. And he was sentenced to 93 days in prison – however, he served only 44.

In addition, the court ordered to pay a $ 10,000 fine to cover the costs of a year and a half of treatment and rehabilitation of the dog. But neither the court nor the clinic received any money.