Previously, Sara Nisevich did not want to keep more than one dog in the house.

But soon she had to reconsider her views, and she realized that she could find a place to shelter another furry tenant.

One time Sarah released her dog for a walk and after a while decided to check if everything was okay.

Then she found her pet in the company of a small dog with brown fur, which she had never seen before. 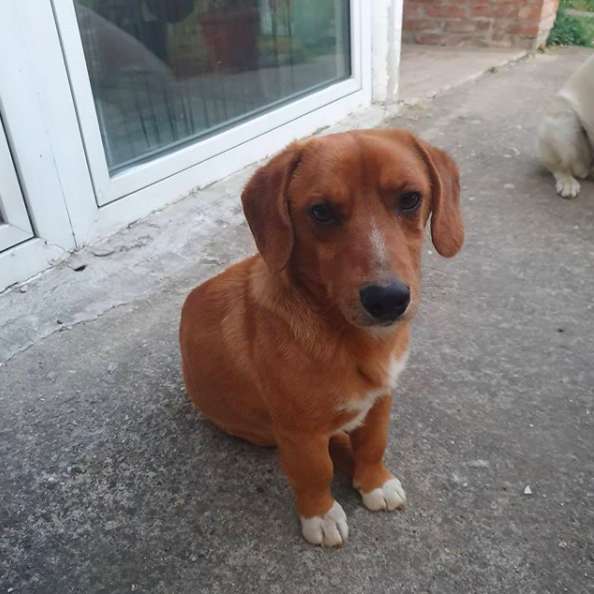 When the girl came closer, an unfamiliar dog ran towards her and began to ask for pets and wag its tail gently.

Sarah immediately thought that this meeting was not accidental, and she should take the baby to her home.

The Nisevich family lives in a quiet rural area, far from urban civilization.

Thus, we can conclude that the small dog was not lost, but was dumped by someone to the mercy of fate. 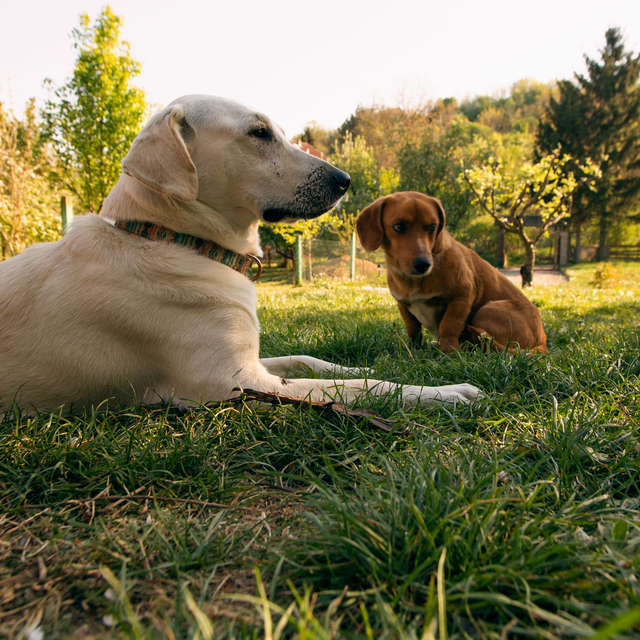 Sarah knows all the locals and knows that none of them has such a dog. At the same time, it is known that this area is often visited by unscrupulous owners who bring and leave “annoying” pets here.

Perhaps the fate of this foundling was the same.

The baby got a yummy name “Strudel” and settled in the house of Sarah. Sarah tried to find the previous owners, but her search was in vain.

From the first seconds of their acquaintance, Sarah noticed that Strudel was incredibly smart and well-mannered. He was even taken aback when he was allowed to enter an unfamiliar house.

But soon he shone with joy, surrounded by the attention and care of the new mom. His devoted heart finally found comfort and a new object of love and devotion.

Sarah built a new bed that could fit both of her dogs. From that moment on, Strudel spends every night next to his new “sister”. 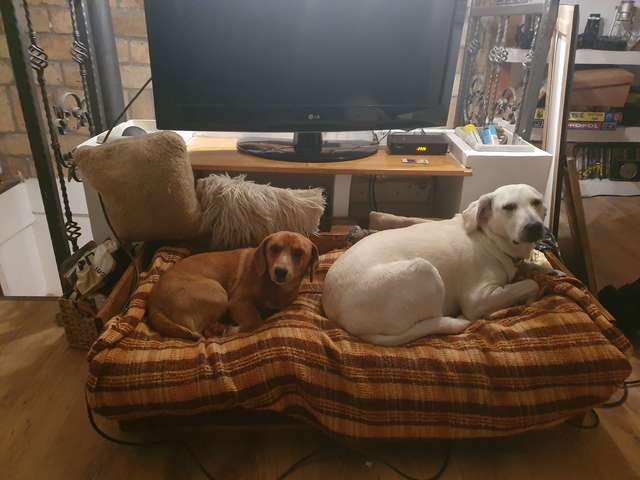 He daily demonstrates his gratitude and devotion to the girl who saved his life and gave him so much joy.

Of course, it is sad to realize that someone abandoned the animal on the street. But it is obvious that the dog was lucky to be in a new loving family.