Mike Thawley, a Sacramento firefighter, heard a puppy squeal on his way to an emergency call.

The scream came from somewhere in the trees. Mike finished his work, but the thought of this dog did not leave him. 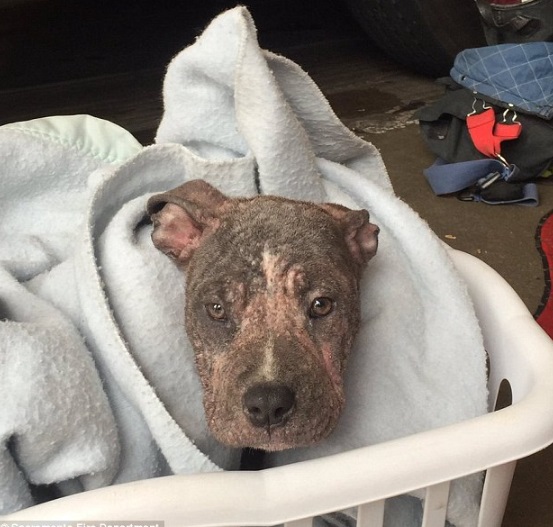 He decided to go back and see what the scream was. And he was shocked to see a puppy that looked like it was about to die.

Mike decided to find out everything. He found out that the puppy was abused and tortured by its owners.

Then they decided to tie him to a tree and leave him in the pouring rain.

The dog was covered all over with sores caused by scabies.

Kind-hearted Mike decided to take her home and bathe her with warm water to ease the pain a little.

He named the dog Chunkie and decided to take her to a shelter to be looked after. 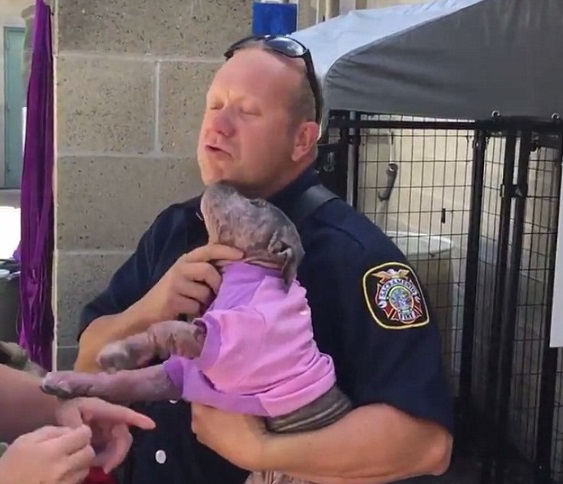 After he left her there, the fireman couldn’t forget about Chunkie.

He understood that she was in good hands, and he had nothing to worry about, but he very much wanted to see her again.

When he visited Chunkie the day after he saved her, he was pleasantly surprised.

She met him in a cute pink sweater covering her wounds. Seeing her savior, she jumped into his arms and kissed him. 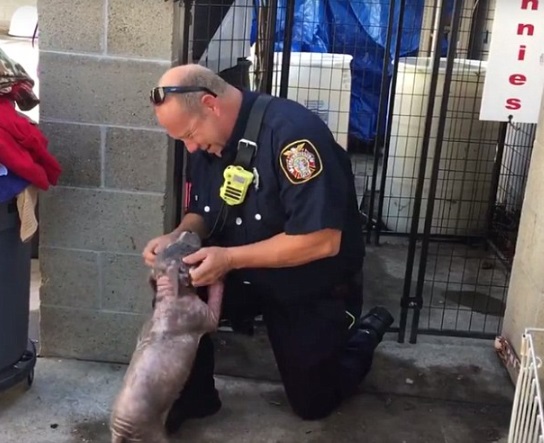 Mike noticed that there was hope in Chunkie’s eyes, hope for a better life.

The fireman was so touched by her reaction that he considered adopting Chunkie himself.

Meet the “cosmic” eyes: the blind cat from Canada became famous for the peculiarity of his appearance
Animals
0 140