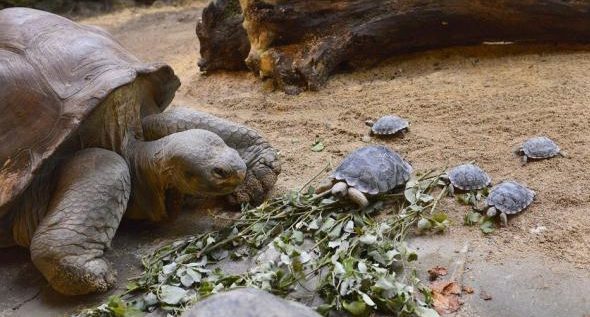 An 80-year-old tortoise named Nigrita lives at the Zurich Zoo in Switzerland.

More than 8 months ago she gave birth to 9 eggs. 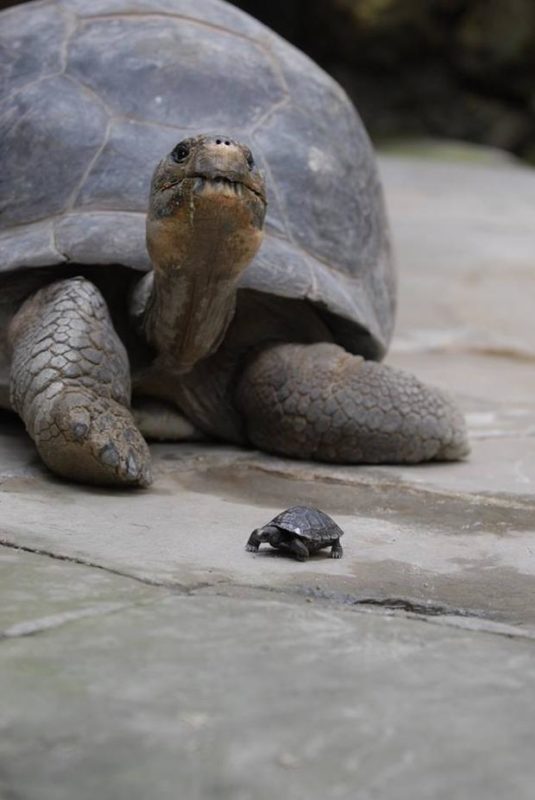 This may surprise some, but for turtles of this species, this is quite normal.

Giant tortoises are considered to be one of the longest living vertebrates on earth, with a lifespan of over 100 years.

The oldest turtle was recorded as 152 years old.

According to National Geographic, turtles live long because they have a slow metabolism and large internal water reserves, allowing them to live up to a year without food or water. 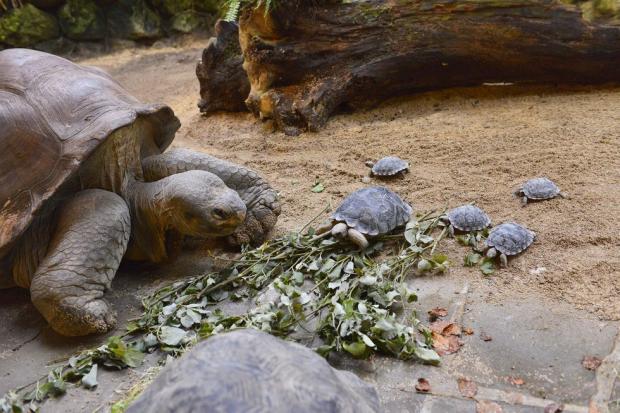 Turtles can sleep up to 16 hours a day, sunbathe and enjoy eating grass, leaves, and other greenery.

Unfortunately, these amazing creatures are on the list of endangered species.

They were hunted for a long time by pirates, whalers and merchant ships. Their meat is valuable as food, and from the shells they made jewelry and furniture.

Nigrita and her 9 babies are kept at the Zurich Zoo, where they are part of a breeding program that is designed to protect the species from extinction. 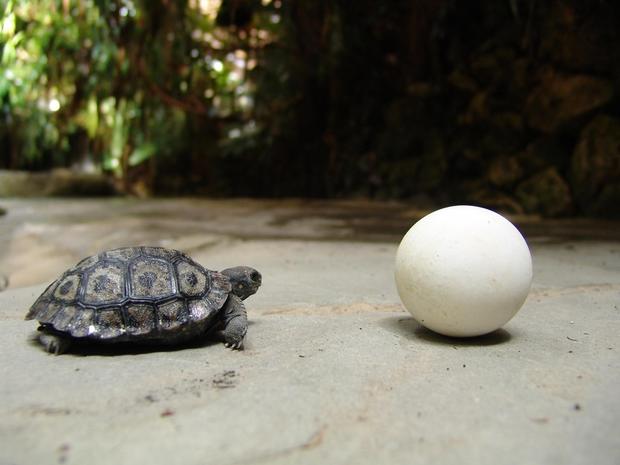 These amazing creatures have a chance to live until 2216.

That’s longer than any other animal on planet Earth! It’s quite a miraculous feat to live a big, slow, and quiet life.