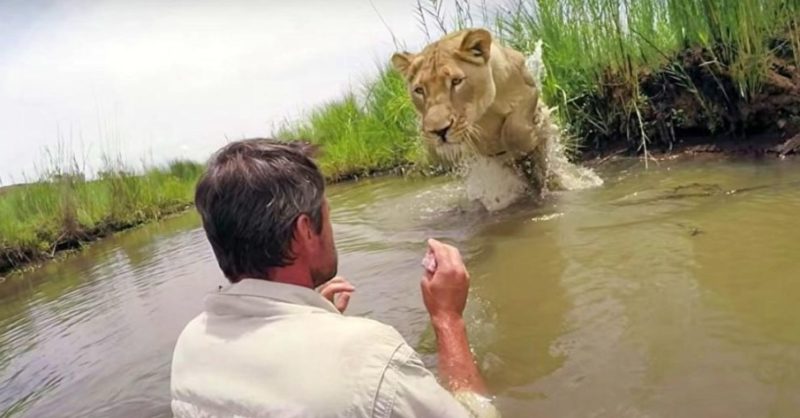 There is a huge emotional connection between a person and an animal that he raised.

Kevin Richardson is one such person who dedicates his life to saving and protecting animals.

He noticed how the lioness abandoned her cubs and left. Many would be afraid to approach the cubs and help them, but not Kevin.

He could take the cubs and give them to the zoo, but he decided to leave them in the nature center, realizing that it would be better for them.

The purpose of this place is to help animals prepare for independent life in nature without human intervention. 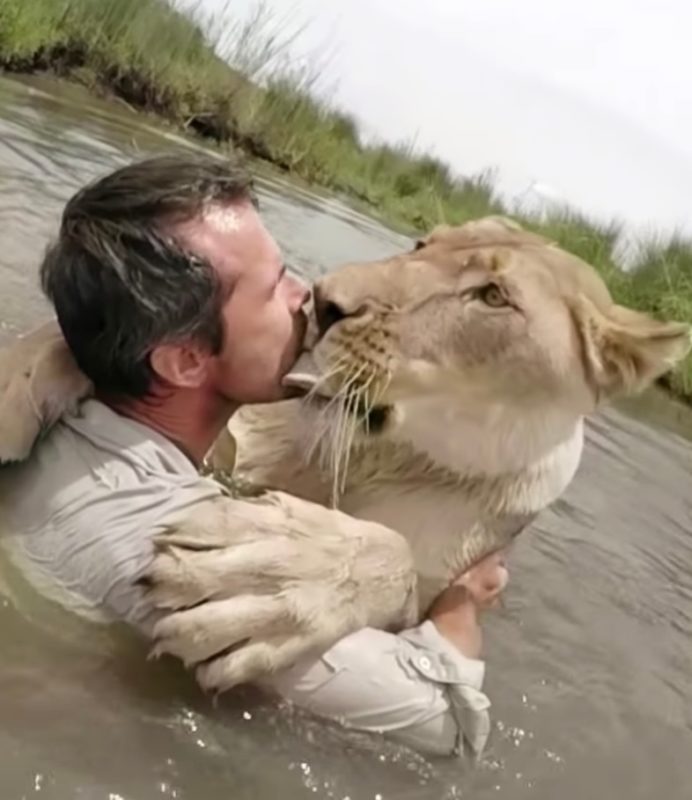 Kevin decided to visit the animals he saved, Meg and Emmy, after seven years.

He was afraid that they would not recognize him.

He approached them and luckily managed to capture their reaction on camera. 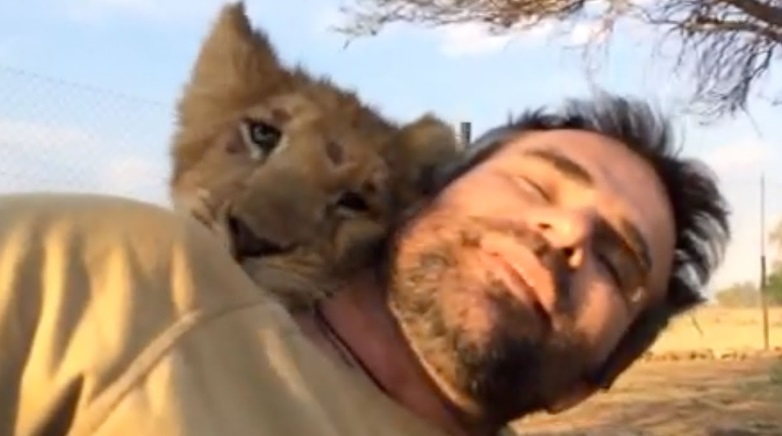 The lion made the choice to approach Kevin. He called her name, and he could read the question on her face: if I approach you, will you catch me?

As soon as Meg got closer, she recognized her savior. She jumped into the water and hugged him.

Kevin considers these lions to be his soul mates. And it doesn’t matter that they were separated by time and distance, their connection is eternal.

Kevin said he had spent enough time with the cubs for them to get used to him and trust him.

The little lion was playing and bit his father’s tail, the lion wanted to teach his son some manners, but then the lioness intervened
Animals
0 1144