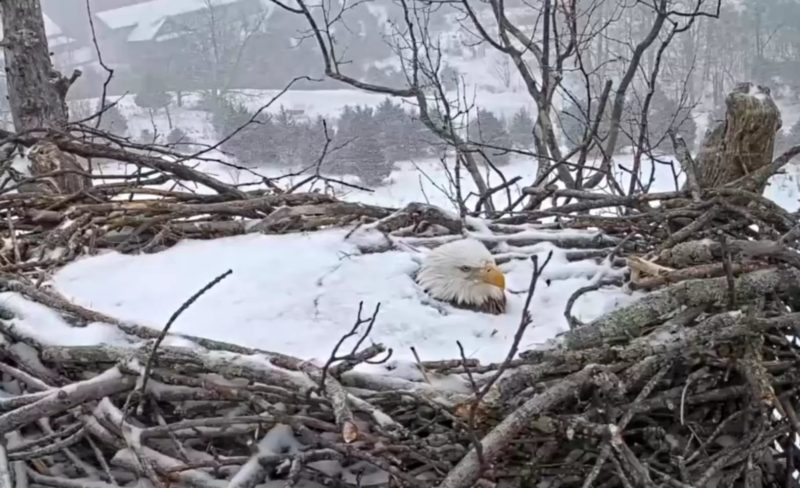 The mother is ready to do anything to take care of her future offspring.

The female bald eagle did not leave the nest, even when she was almost covered with snow! 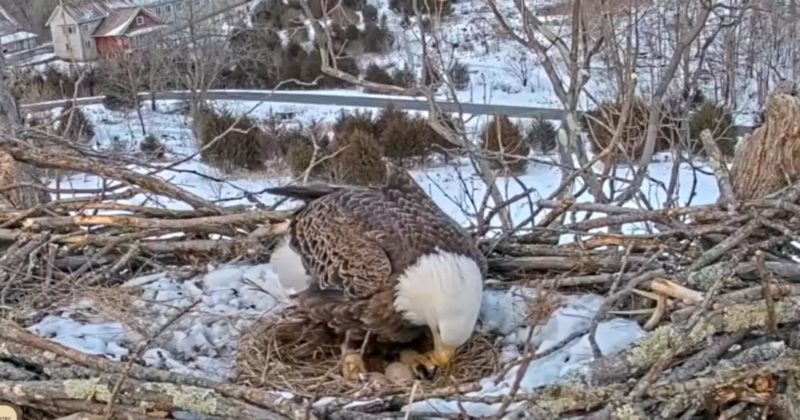 But she continued to warm the eggs so that the chicks would see the light.

For 10 years now, bald eagles named Bella and Smitty have been returning to their huge nest on Mount Potomac to have offspring.

Ornithologists have long installed cameras to observe the parenting of these beautiful birds.

But this year, viewers were more worried about them than usual. The winter was incredibly cold, the nest was covered with snow, and Bella could hardly move.

Usually, female eagles sit on eggs 80% of the time, and males take care of food – they catch fish and small animals.

Once the eagles lay their eggs, they cannot leave the nest unattended.

Whether it’s a blizzard, hail, or neck-deep snow, the mother eagle will sit on her eggs, warming them.

When the eagle was covered with snow, she spread her wings, fluffed her feathers and broke the snow captivity.

She turned the eggs with the help of her beak and large paws – and again settled on the nest.

And she had to wait a little more before her watch was over – the chicks should be born no later than in a week. 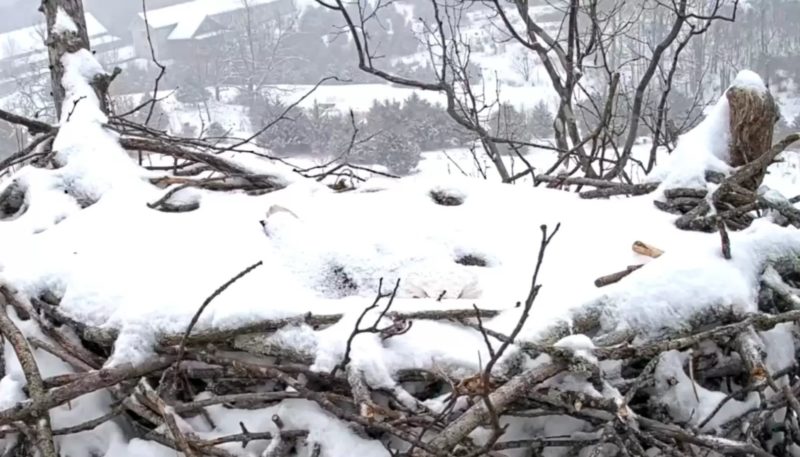 But, even then, she will not be able to completely free herself from the burden of parenthood.

Newborn chicks will stay in the nest for another three months while their parents feed them.

After that, they will need to be taught to fly.

But even young eagles that have learned how to fly will not be left without their mother’s care – their parents will continue to feed them and teach them to hunt.

People are obsessed with this adorable dog with a big, cartoonish eyebrow and differently colored eyes
Animals
0 479