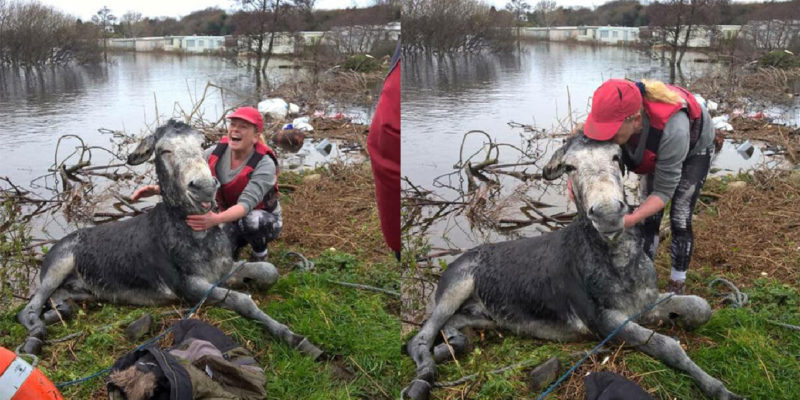 The village of Killorglin in Ireland was washed away by water. Heavy rainfall caused the local river to overflow. 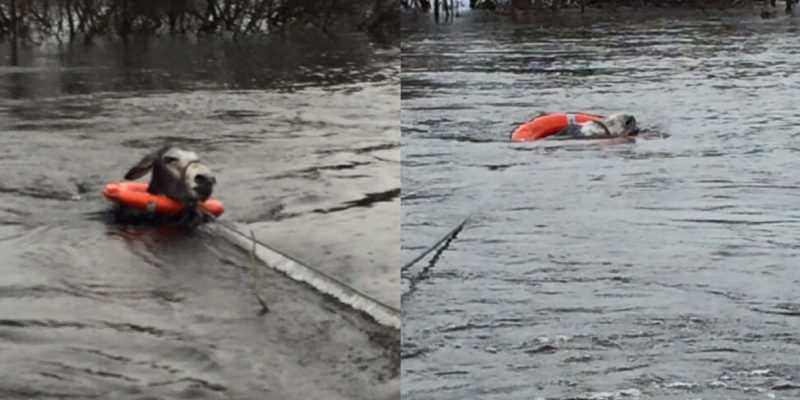 A donkey named Mike was trapped right in the middle of rough water and could not get out on his own.

The owner of the donkey called for help, and volunteers from Animal Heaven Animal Rescue (AHAR), like real superheroes, did not leave the animal in trouble.

On a boat, they swam to Mike, threw a lifeline to him, and managed to bring him to land. 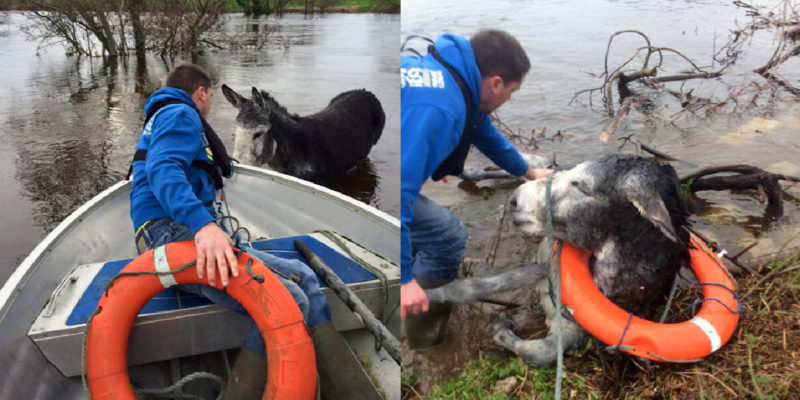 The donkey thanked his rescuers with an incredible smile.

Just minutes after the rescue, animal rights activists snapped a picture of Mike smiling broadly as he eagerly posed with his benefactors.

The Facebook post, where AHAR members talked about the operation to rescue Mike, gained about 20,000 “likes” in a matter of hours.

“Now we dry Mike with towels, he eats hot food, he is cozy and warm. Our veterinarian examined him and prescribed antibiotics to prevent pneumonia. It turned out that there is fluid in one lung of the donkey. But the doctor says that Mike will recover after resting.” written by animal rights activists.

In response to thousands of admiring comments, volunteers wrote:

“We cherish every minute of saving Mike. It was worth the risk for him to see him smiling on dry ground,” the AHAR members said.

Cleaning lady worked in elite house for 20 years but lost her job: see what residents did
Interesting News
0 179