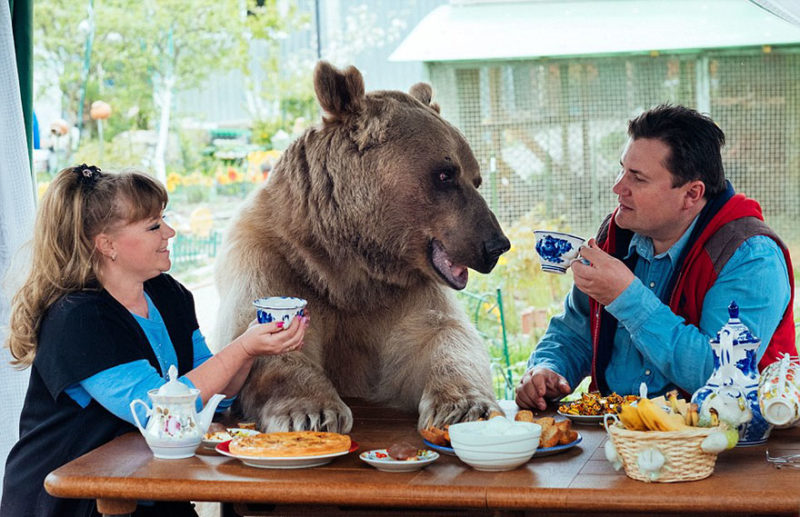 The most common pets considered to be man’s best friends and cats.

But some people prefer to have unusual pets, as this nice couple from Russia. Their choice of pet is extraordinary. It’s a cuddly, huge brown bear, named Stepan. 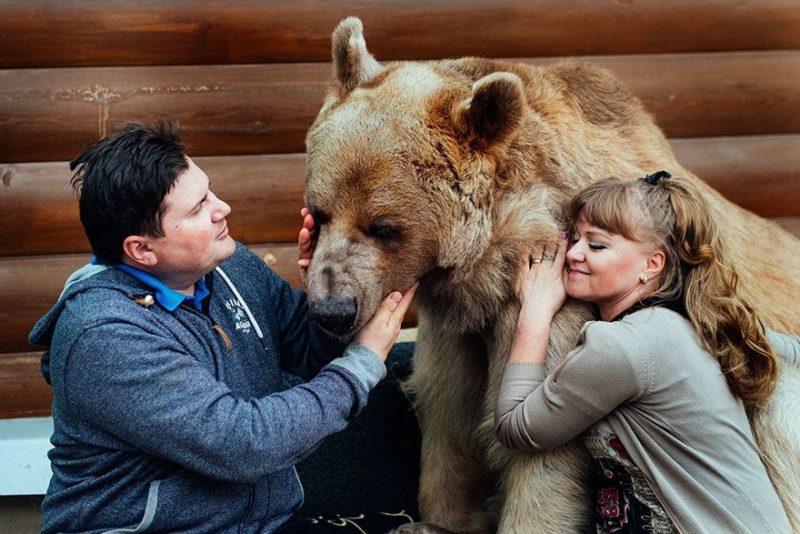 This wild, but tamed bear lives with his owners Yuriy and Svetlanna. The couple adopted the bear, when he was about 3-4-month-old cub.

Some hunters found him all alone in the woods. He was in a terrible state, so that no one hoped he could survive. 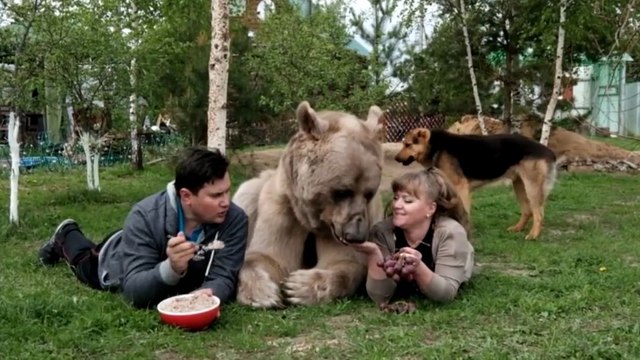 But, thanks to Yuriy and Svetlanna, the little cub not only survived, but found a forever home.

They gave Stepan a second chance of life and, adopting him, started to take care of him. It was 23 years ago.

Now, Stepan is a huge, cheerful, frankly bear, who is very friendly and loves people. 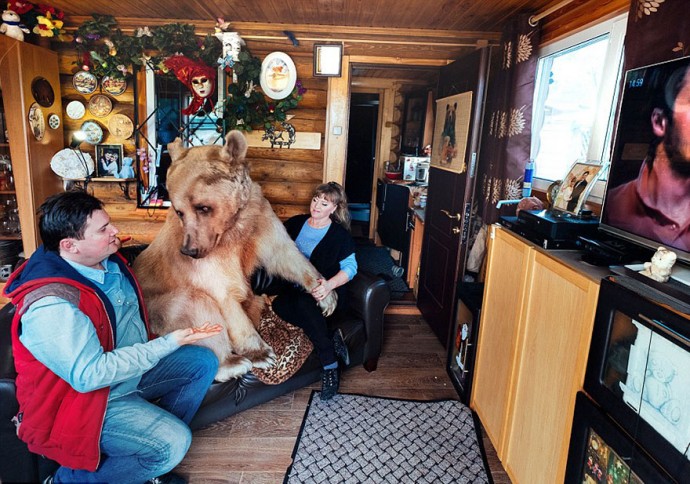 Though, some people are afraid of him, thinking he might be dangerous and aggressive, but his owners insure, he has never bitten anyone.

Stepan likes to spend time with his humans, who organize plays with balls, watering plants and other activities, so their huge pet will not feel alone.

They even watch TV all together sitting on the sofa.

Stepan likes to drink tea with Svetlanna and Yuriy. He likes candies and cakes very mush.

Every day this massive animal eats about 25 kg vegetables, fruits, eggs and fish.

He is a happy, joyful, giant pet, who inside his soul is still a kid.