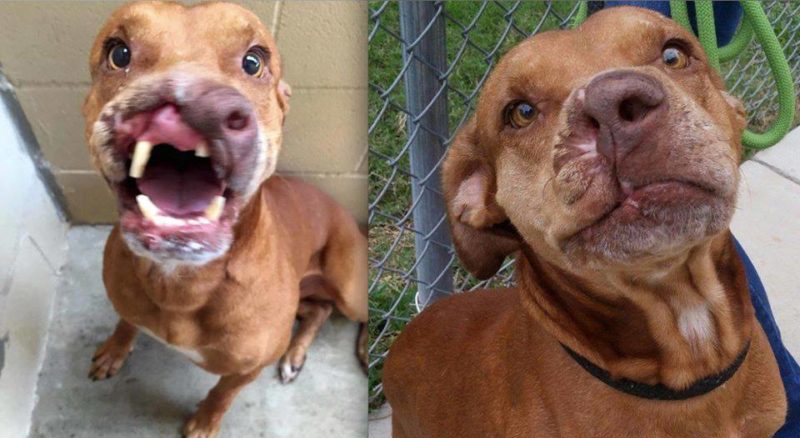 Bjarni was picked up at the end of the summer of 2015. 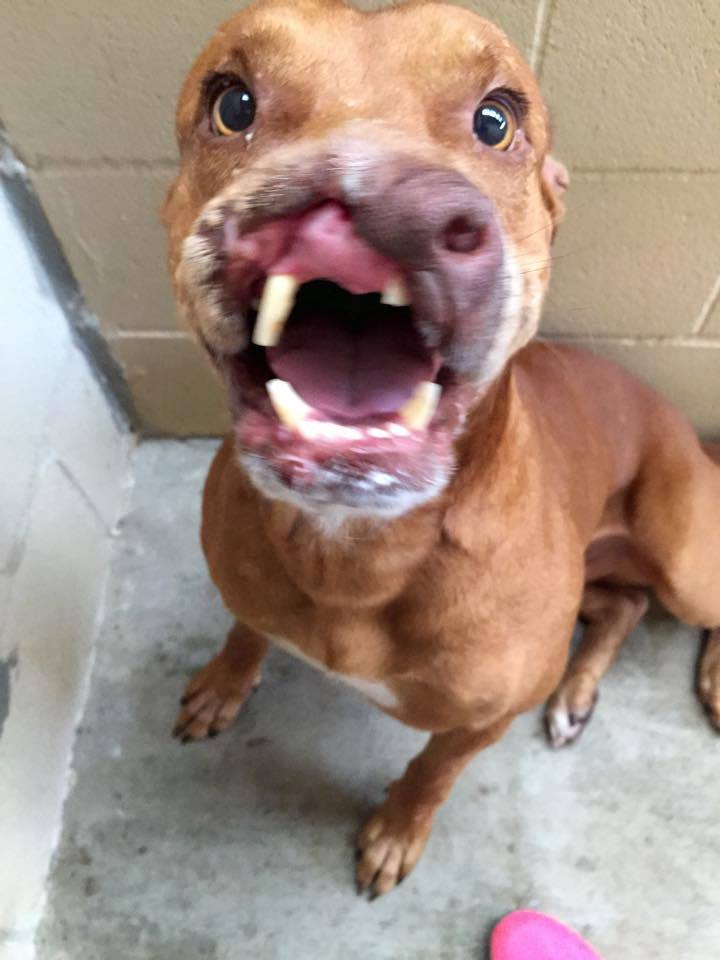 A young mixed-breed dog roamed the streets with his nose half torn off. In addition to a wound on the face, he had several cuts and bite marks.

Bjarni had owners. But they told the shelter staff that they refused to take the dog and did not mind if he was euthanized.

Then the shelter turned to the animal rescue service “Angels of St. Francis”. 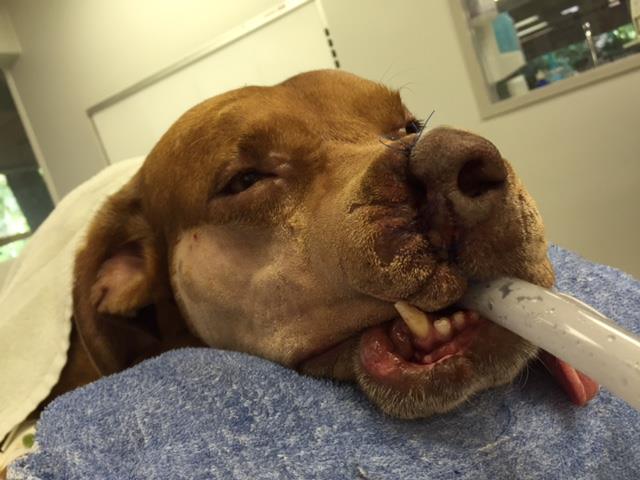 Seeing the mutilated dog, Ann Grabber, the founder of the service, vowed to take care of him and find good owners for him.

“He stays with us until he is 100% healthy and new owners are found for him,” she later told the Huffington Post.

This dog is very peaceful, loving, playful, and “completely unaware of its limitations,” Ann added.

But due to the acquired injuries, Bjarni could hardly eat, and it was hard for him to breathe.

Therefore, a charitable organization organized a fund to pay for the operation.

His story, posted on Facebook, touched almost everyone and attracted the attention of the media.

The public response was so great that the shelter had to remove the donation page and even offer to reimburse some of the funds.

The operation was successful, and although the dog’s nose remains slightly deformed forever, breathing and eating have returned to normal. 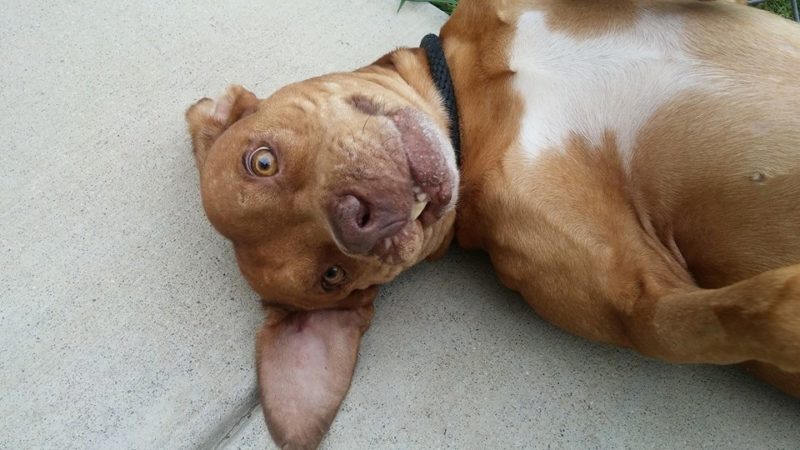 As the doctor said, “he will be quite nice and will find new owners.”

After the operation, the dog really looked charming.

As the doctor announced that Bjarni had recovered, Ann began a search and after a few weeks found a new family for the pet, who would adore and care about him.

In a touching message, the dog’s new owner wrote:

“We are so happy that he is part of our family! We adore him.”

It’s great that some people like Ann Grabber can give abandoned and mutilated pets a 2nd chance and help them find the love and protection they need. 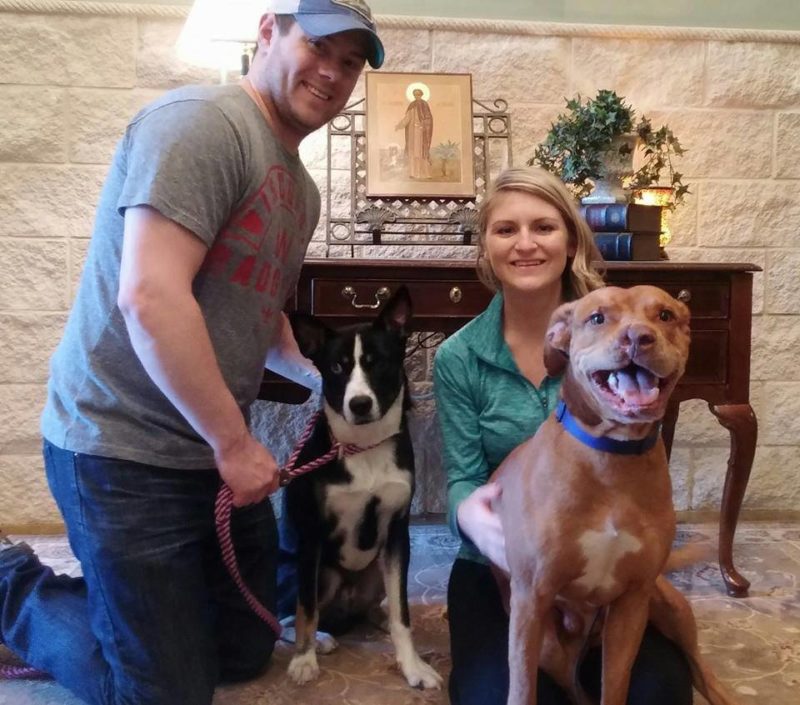 “I wholeheartedly believe that animals can teach us humanity and empathy.”

Bjarni recovered after the operation.

His appetite is incredible, as is his enthusiasm for life. He just makes friends, gets along with cats, and gets the better of any dog, no matter their size or age, the new owners said.

A woman saw a stray shivering dog in the snow near the road, which had wrapped herself around five orphaned kittens to keep them warm
Animals
0 737

Woman heads to a shelter to rescue a dog on death row, but ends up saving three dogs
Animals
0 339

Kind-hearted postman makes sure the dog, that is waiting for him every day, gets a daily letter even when there isn’t any mail
Animals 0 116521