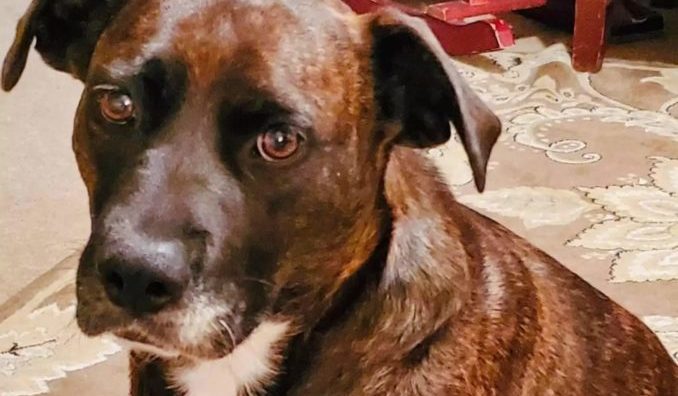 But she realized that in her house and in her heart there was a place for one more. 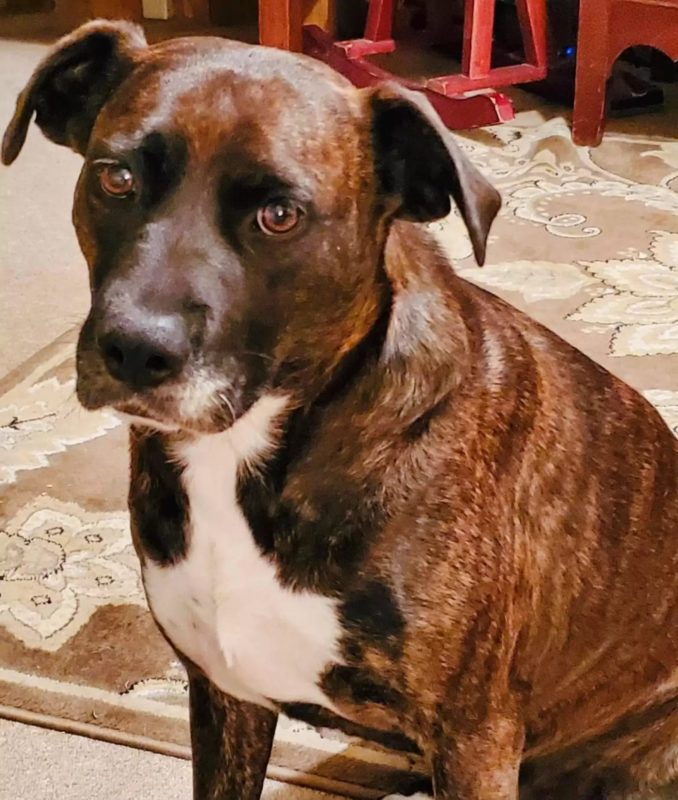 Day after day, the woman leafed through the sites of shelters in search of someone who would touch her heart.

When she saw Ginnie, her heart skipped a beat.

“I felt an instant connection with her. I really wanted to hug her.”

Those huge, sad eyes seemed to look straight into the soul – and the woman realized that she had found the one she had been looking for for so long. 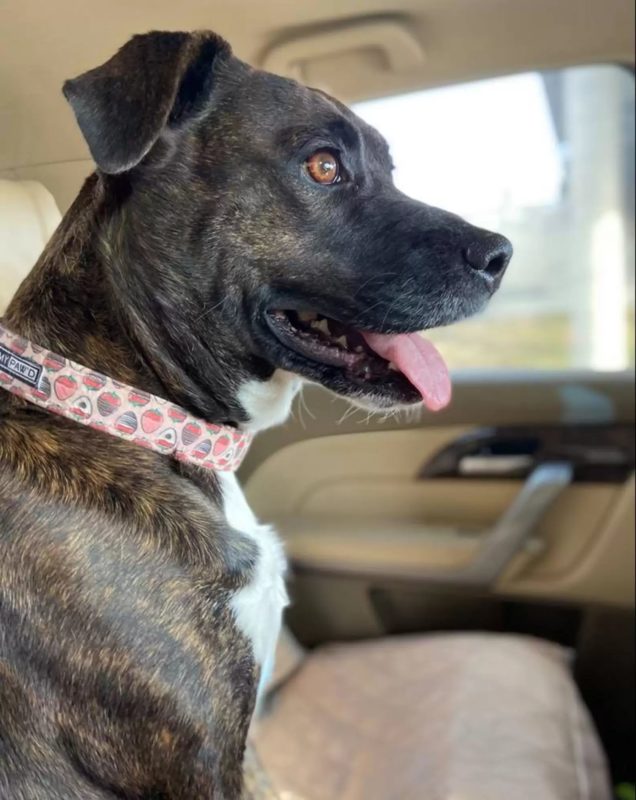 Ginnie had spent her whole life before the shelter in the yard on a leash so short she couldn’t lie down.

She was not taken for walks, she did not know what it was to “play” and never lay on a soft sofa. 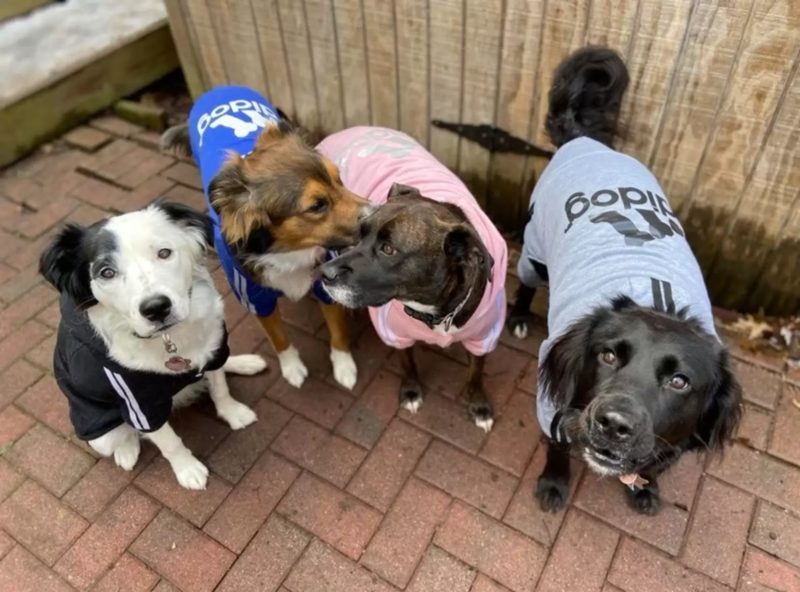 She lived in the shelter for six months – and no one was even interested in a modest dog.

Lauren says that from the first meeting, she was captivated by the friendliness of Ginnie – the dog is ready to cuddle with anyone who shows her a little attention.

Lauren still planned for her house to be Ginnie’s temporary home, just a stop on the way to a brighter future. But pretty quickly she realized that she could never let her go. 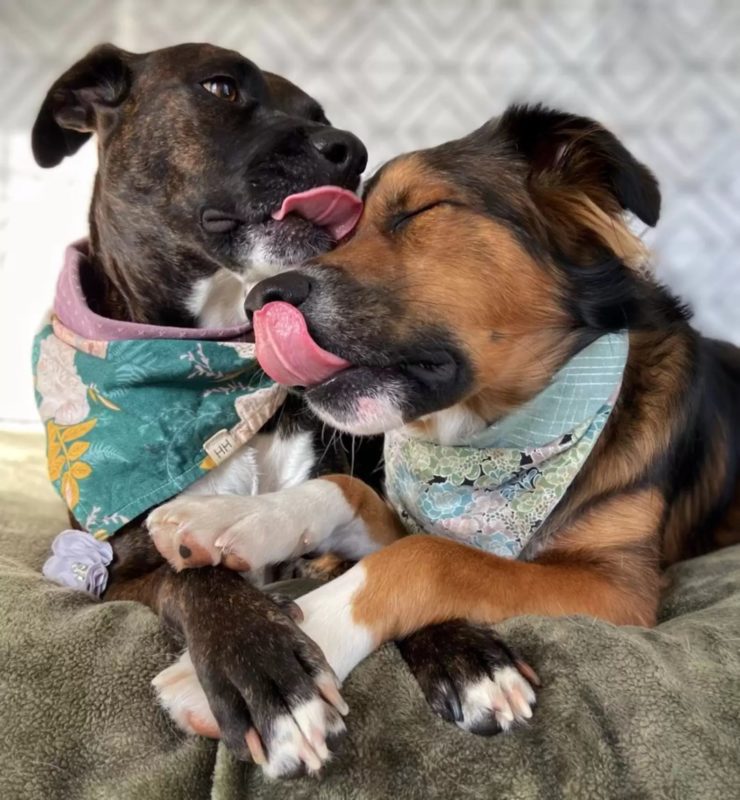 In the car, Lauren put the dog in the back seat so that she had enough personal space.

But as soon as the car moved, Ginnie jumped on her rescuer’s lap and began to lick her face. Lauren melted completely.

She was crying in overwhelm. Ginnie was so incredibly touching. 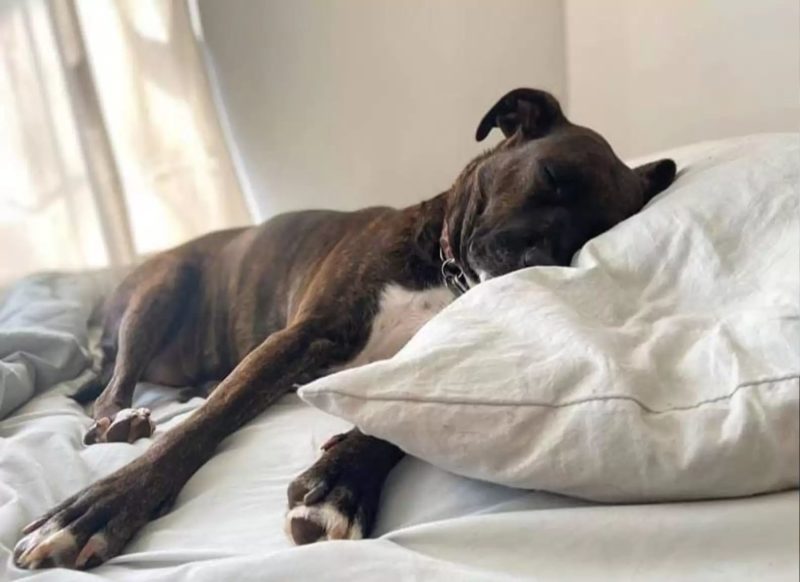 When Lauren arrived home with a new family member, she began introducing the new girl to her three tailed friends.

Although Ginnie seemed intimidated, she quickly settled in.

On the second day, Lauren invited Ginnie into the bedroom.

The woman lay down on the bed and patted the pillow next to her. 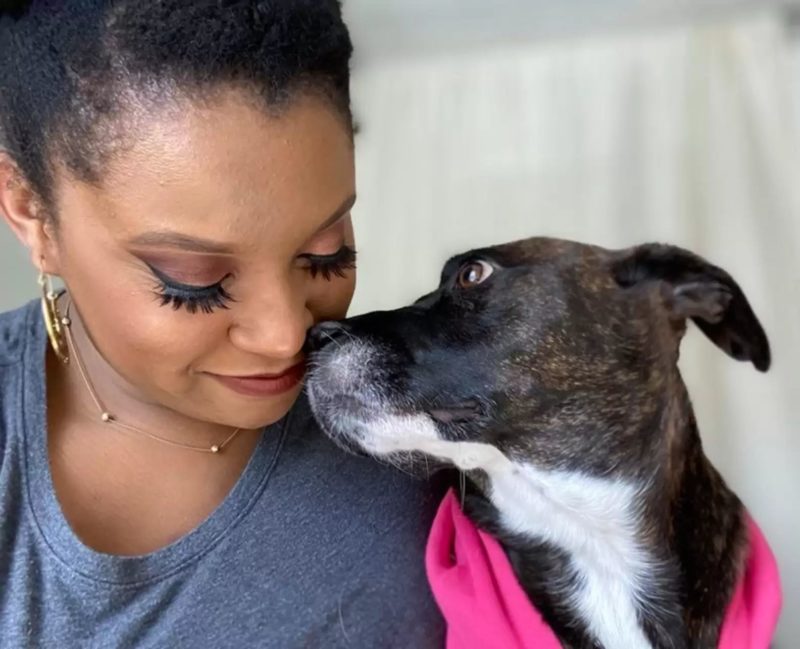 The dog just jumped on the bed – not a second of hesitation, complete trust – and fell as if knocked down.

As soon as the dog’s head touched the pillow, she let out a sigh of relief.

She just lay there with her eyes wide open – she seemed surprised, but at the same time deeply happy.

At that moment, Lauren finally realized that Ginnie had found a home.

Interesting News 0 35
Air Canada pilot cuts flight short for a dog. During the flight from Tel

After a second chance, this special kitty has a new best friend who won’t stop cuddling
Animals
0 93