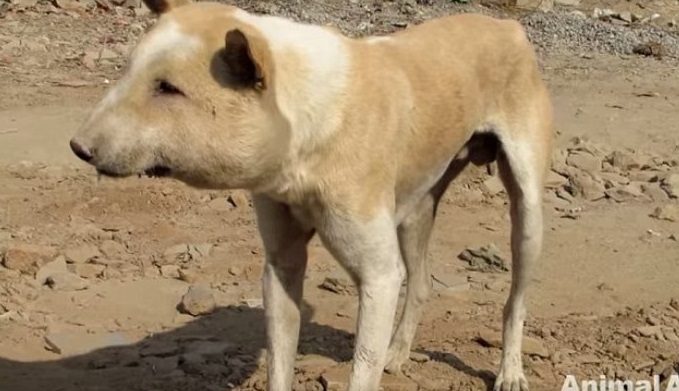 For some time, a stray dog with a swollen face walked along the streets of the Indian city of Udaipur (Rajasthan). A large tumor made his face look like a pig’s head.\ 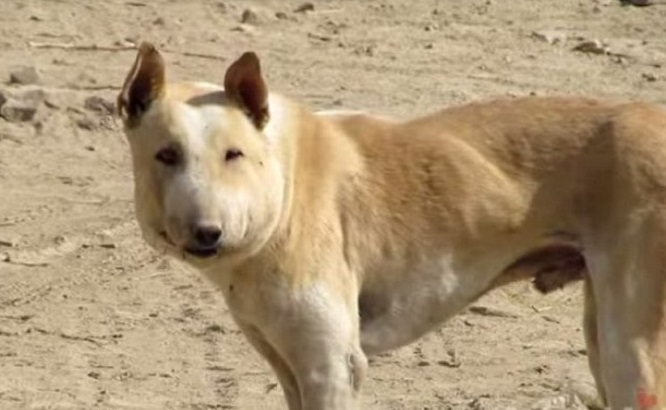 The dog was lucky when a compassionate woman spotted him and contacted a group of Animal Aid volunteers who help animals. It was decided to operate on the dog and remove the tumor.

The dog turned out to be very friendly and, wagging his tail, allowed people to lure him with cookies without any problems.

However, when the dog was examined, it turned out that he did not have a tumor. But there was a huge purulent abscess, most likely obtained after a bite by another dog.

The veterinarian had only to shave off the hair on the face of the dog and carefully release the blood pus from the wound cavity. He then irrigated the wound by inserting a drain tube and sewing up the incision. 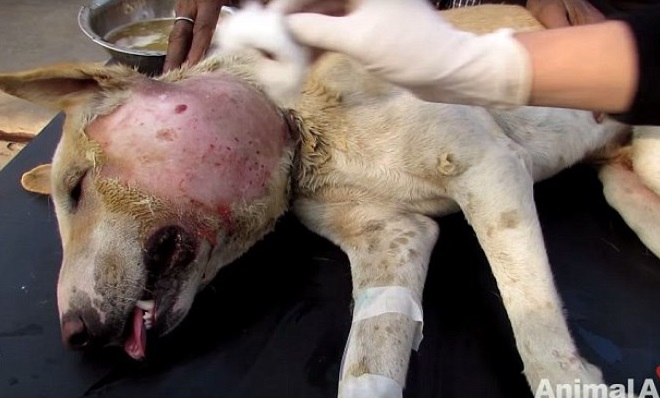 The dog quickly recovered from the operation and visibly cheered up. His face now looked quite normal for a dog. 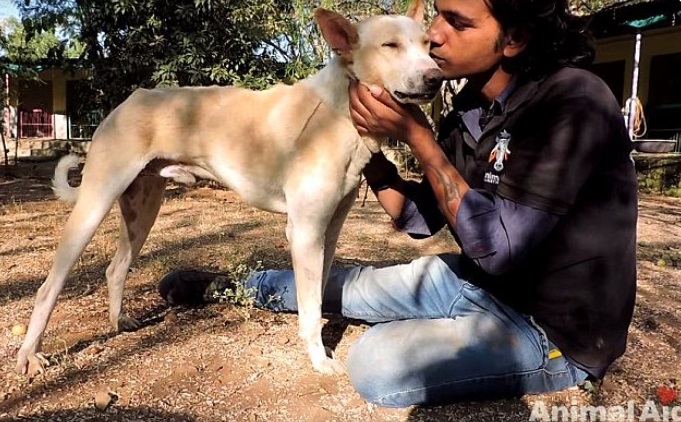 According to Animal Aid, most of the stray dogs they help end up on the streets, where they used to live on garbage. Since there are too many such dogs in India and there is no place for them in private shelters. Only the completely crippled get there. Who can’t survive without human help. 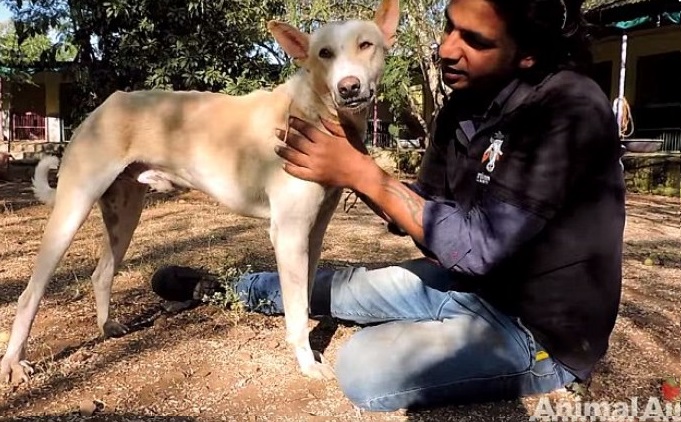 There is no information about this dog, what happened to him next. Did he end up in a shelter, or was he returned to the same street where he lived. Judging by the improvement in his condition, most likely the latter.

The cat returned from a walk and brought a note to the owners, so they found mysterious friends and a pet-postman
Animals
0 368