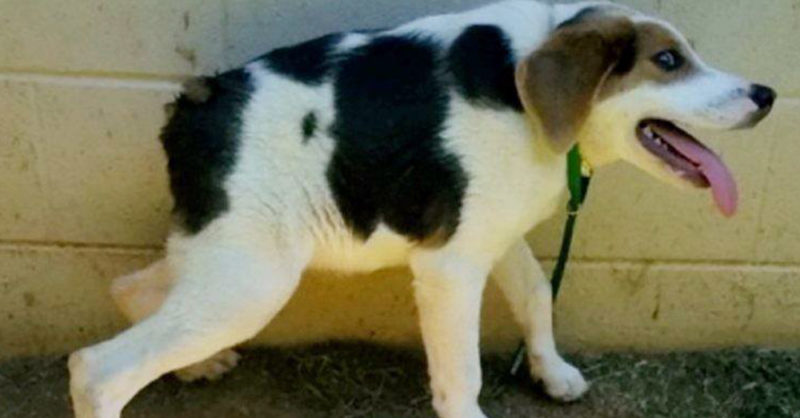 A two-year-old dog named Cooper is believed to be one of only about 30 dogs in the world that were born with the very rare short spine syndrome.

Due to his unpretentious appearance, that is, without a neck and with a large head, Cooper looks more like a cartoon or caricature character than a real dog. 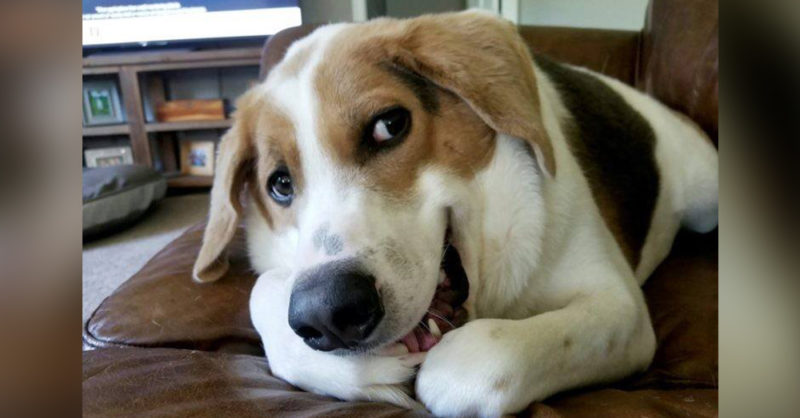 Cooper breed is an American Foxhound, but he was born on the so-called “puppy farm” – that is, in an illegal kennel in Halifax, Virginia.

When the kennel was opened, local animal rights activists took all the dogs from it to the Minnesota State Shelter.

It was there that it turned out that one puppy had a very rare shortened spine syndrome.

Because of this syndrome, the dog’s head passes directly into the body, and therefore he cannot turn his head, but can only look straight ahead.

He also has a lot of trouble walking on straight surfaces, but otherwise Cooper is a very average dog. 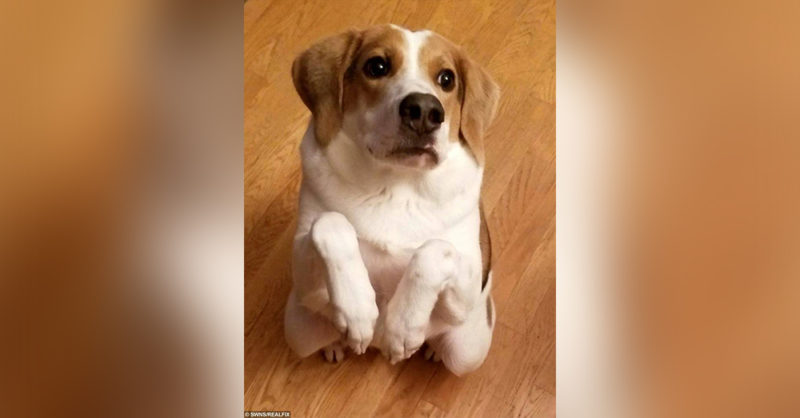 Despite his strange appearance, Cooper is charming in his own way, especially when he smiles.

Perhaps that is why the spouses Ellie and Andy Keegan chose him when they came to the shelter for the dog.

The Keegans are big dog lovers and before Cooper, they already had three dogs of different breeds at home – Skylar, Tuva and Waylon.

“Cooper is a happy dog ​​despite walking problems and a skeletal anomaly,” says Ellie Keegan.

When Cooper got to the shelter, he was in a deplorable state and few thought that he would survive.

The puppy did not rise to its feet at all and had fleas and worms.

But by some miracle, the shelter staff managed to get him out.

“His medical problems did not leave him, unfortunately, after he got into our family. Once he fell badly and injured his spine in the neck area in five places! And two months ago he began to behave as if something hurt him a lot. It turned out that he has a bone infection – osteomyelitis. His spine is his biggest pain point. Fortunately, for now, we can deal with it with antibiotics.” 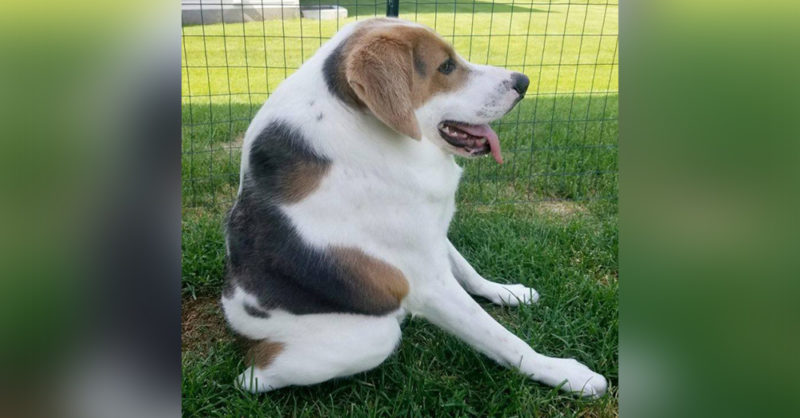 Cooper also underwent spinal surgery, after which it became a little easier for him to walk.

Cooper is a very friendly dog ​​and always attracts a lot of attention wherever he goes.

“It is known that most puppies with this syndrome were euthanized immediately after birth. They say that it’s all about closely related breeding, it is because of it that such a defect occurs. It’s very sad to think about such things and the dishonesty of breeders. But now this dog has a loving family who will take care of him, and he will live with us all the life measured by nature for him”.

Meet Danniel: he weighs 2300 pounds and is the tallest cow in the world.
Interesting News
0 136

Tired lion dad tries to escape from his four little cubs to have some alone time, but the kids stubbornly chase him
Animals
0 4387