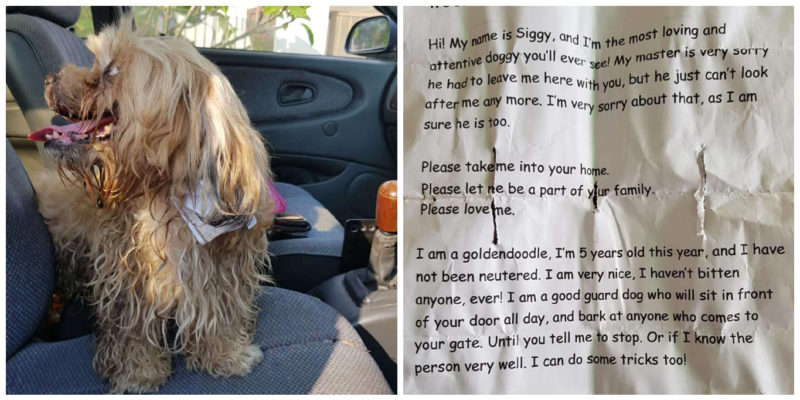 How cruel the owners can be to their four-legged pets?

They don’t even think about the feelings of dogs or cats. 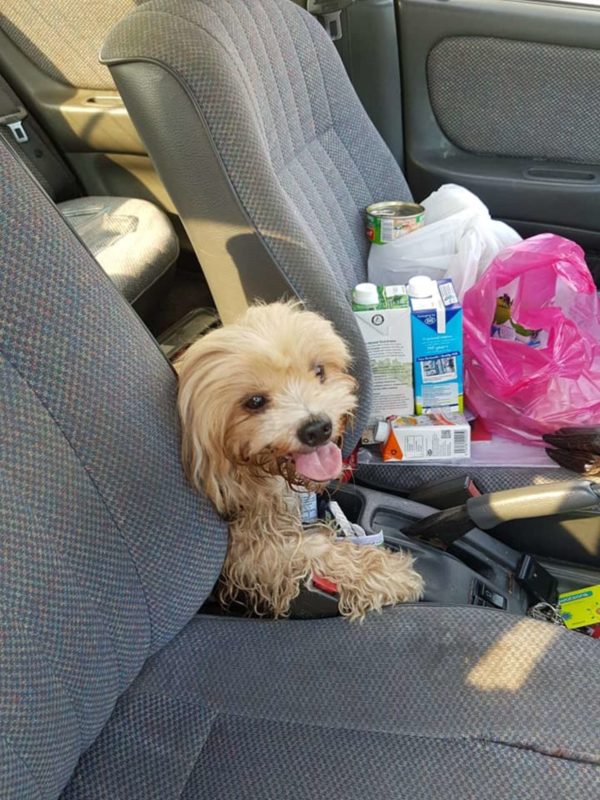 Just imagine what our today’s heroine, named Siggy, experienced when, after five years of living in the house, she was simply thrown out into the street.

But the owner could take the dog to a shelter or give it to good hands.

He did not want to bother himself, the most he did was write a note and attached it to the unfortunate dog’s collar.

And this poor fellow wandered for an unknown number of days through the streets of the Malaysian city of Ipoh.

Until a man named Lionel noticed her, dirty and unhappy.

He was driving and saw a dog running along the side of the road.

The young man wanted to help the animal and slowed down beside it.

Lionel noticed a note on the dog’s neck.

He hoped that there would be contacts of the owner, but, alas, a sad story of the animal was written on paper. 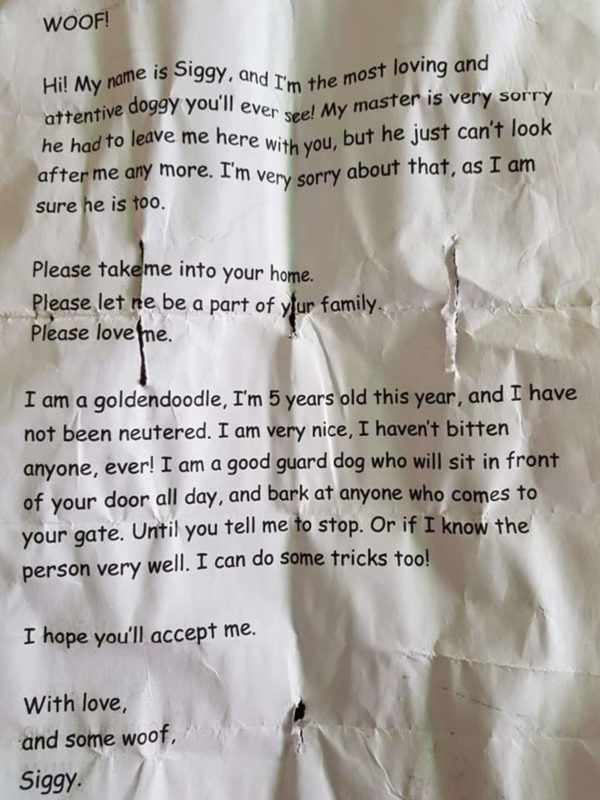 The man shed a lot of tears while reading the note.

The man was so moved by what he read that he took the dog to his home.

There he first fed her, then bathed and combed her. 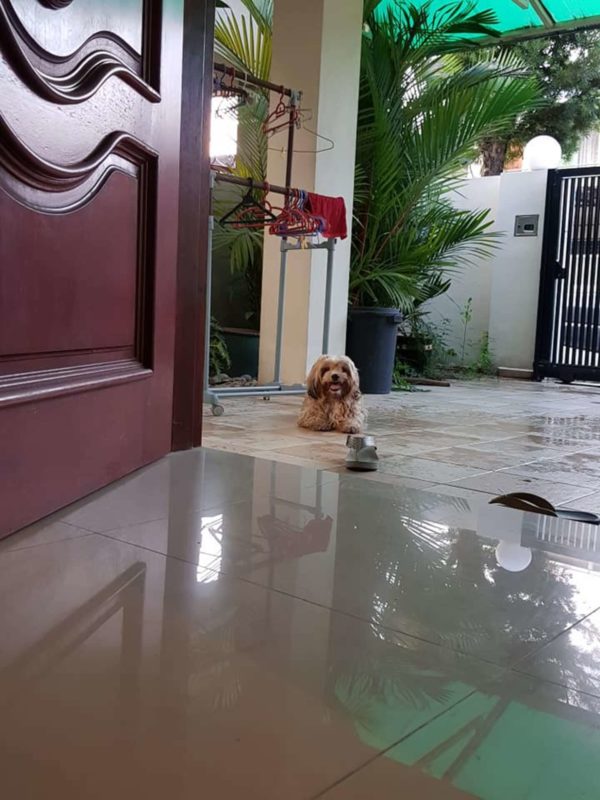 After water procedures, Siggy turned into a real beauty.

Later, Lionel’s brother took the dog to him, because he has better living conditions.

Family goes to the movies for 3 hours, comes home to find the dog has completely destroyed their entire house
Animals
0 873