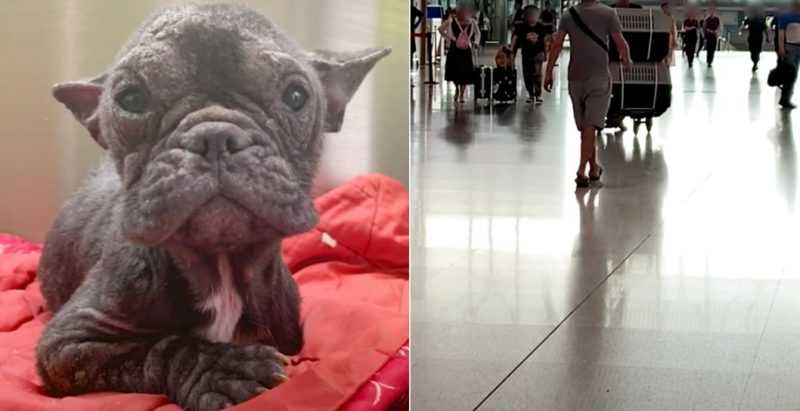 Bypassing the prohibitions and laws in China, they still sell dog meat.

Dogs are delivered to the slaughterhouse in special vans. 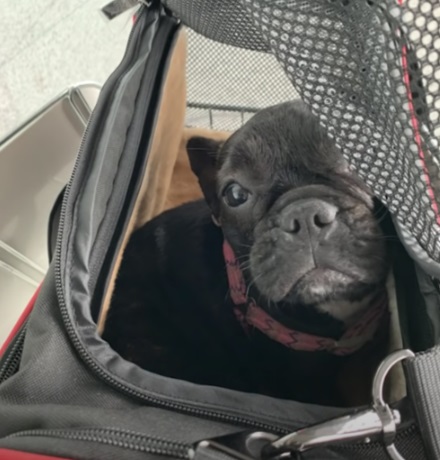 The little bulldog Pearl was found among the rest of the doomed dogs.

When Pearl was found in a market selling dogs for slaughter, she was missing a leg and her skin was partially scabbed. 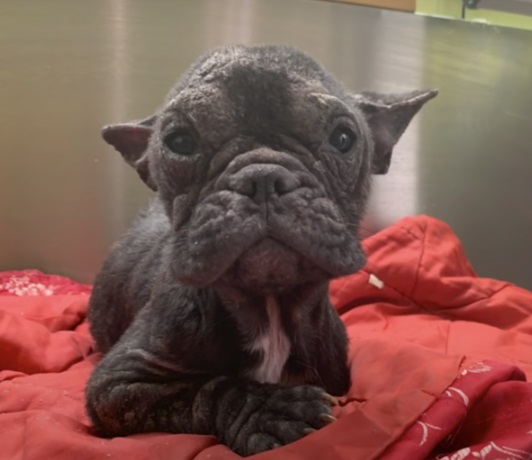 Pearl’s rescuers weren’t sure she would survive at all, but they weren’t about to give up.

Together with two other dogs, she ended up in an animal rescue center in Harbin (Northeast China).

It was created by three immigrant women: Hailey from Ireland, Aimee from Australia and Emily from England.

These three wonderful women rescue animals from slaughterhouses every year.

Two months after the rescue, Pearl was ready to fly to America to meet her foster family.

Leah, who had adopted the bulldog, met Pearl at the airport in California. 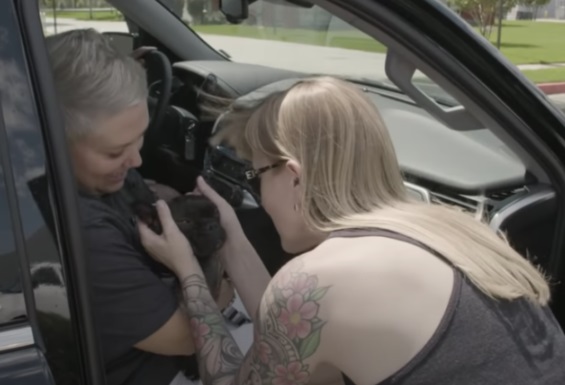 While the dog was with Leah, she was looking for a loving family that could take her forever.

Ashley’s application immediately caught her attention. She is a very kind woman and also a veterinarian. 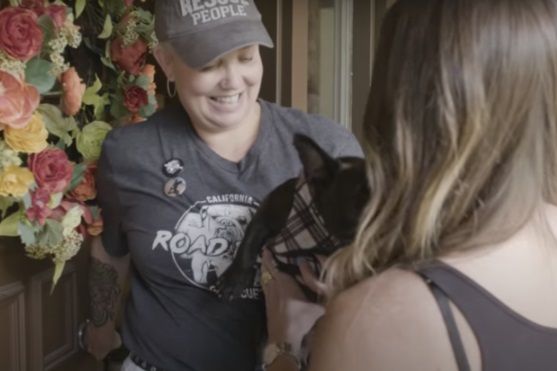 When they saw each other, it seemed like they had always been together! Pearl immediately fell in love with Ashley, and they drove together to her house in New York.

The girl gave Pearl some time, and then introduced her to Janet.

The two dogs sniffed and greeted each other. Pearl quickly settled into the house as if she had always lived there. 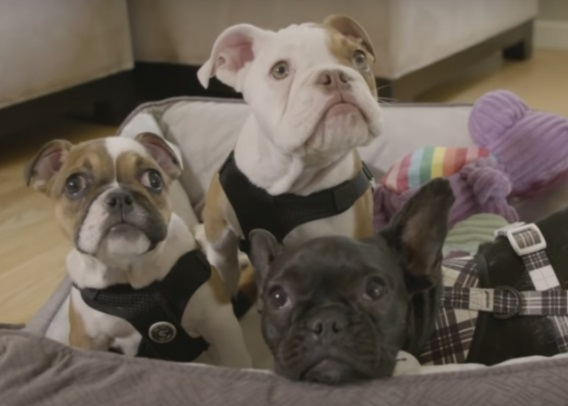 Ashley plans to enroll Pearl in a rehab center to get a prosthetic leg for comfortable mobility.

It is unbelievable how this little dog, which was being sold for meat, went from certain death to happiness that awaited her on the other side of the world!