A couple from Brazil, Tamiris and Douglas, recently got married. And the ceremony was visited by an unexpected guest. 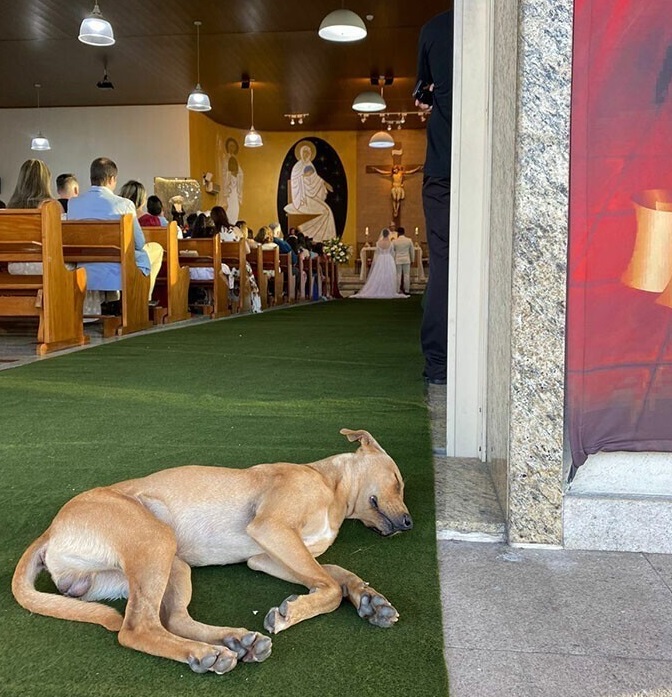 Right at the entrance to the church, from the very beginning of the ceremony, a stray dog ​​was sitting. He first escorted the bride to the altar, and then returned back – to wait for the end of the ceremony.

At first, they wanted to drive the dog away. But then they decided that it was probably fate – the dog really wanted to be there. 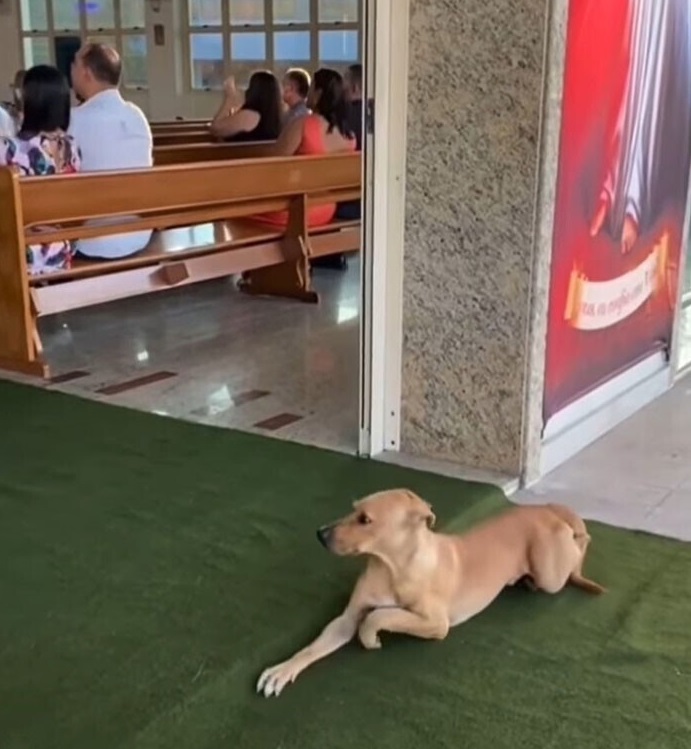 Throughout the entire ceremony, the dog patiently waited at the entrance and was sitting still. When the newlyweds left the church, the dog met them with joy and seemed to congratulate them, starting to kiss them and wag his tail happily.

He cheered up both the newlyweds and all the guests. Husband and wife were fascinated by this cute creature! 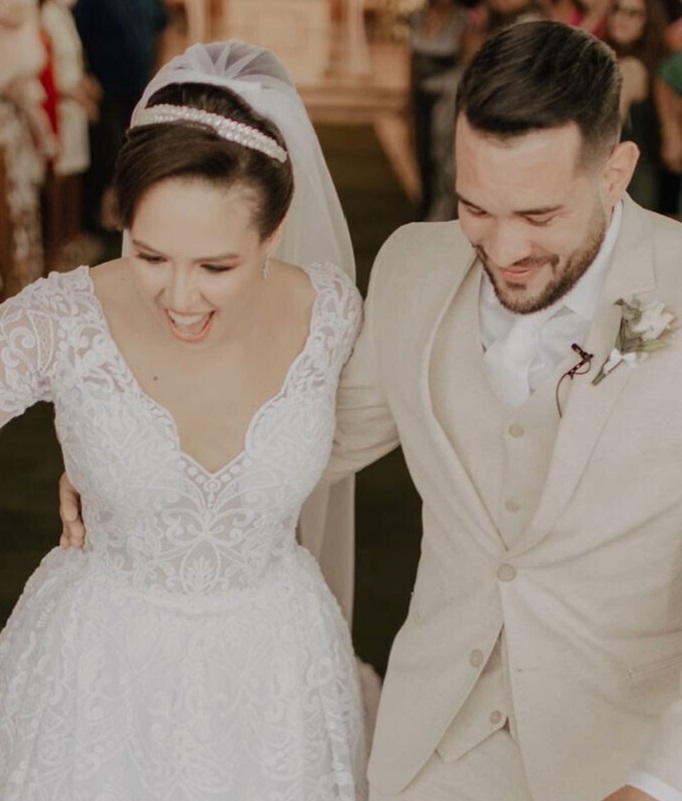 Then everyone went to celebrate, but the next day the bride Tamiris called the organizer with a request – to find that dog.

“They told me that they constantly thought about this dog, and wanted to take him. They tried to look for him at the church, but they did not find him,” the organizer of the wedding said. 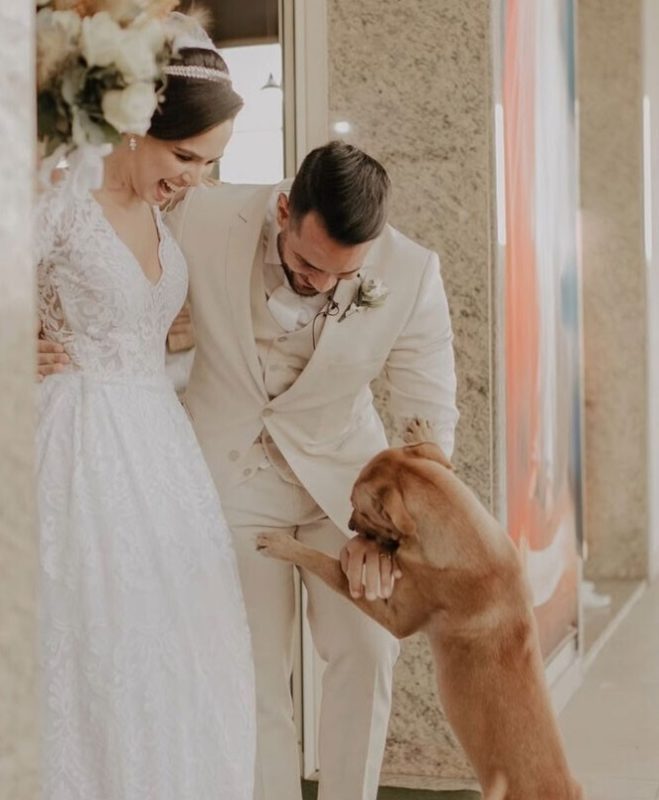 Fortunately, that day the organizer took a couple of photos and videos with the dog – she posted them online in order to find him as soon as possible.

Within six hours of posting on social media, the woman was contacted by people who had seen the dog. The newlyweds arrived at that place and found this doggie!

They took him with them and immediately took him to the vet. The homeless dog was in good health. And he went home with new owners! 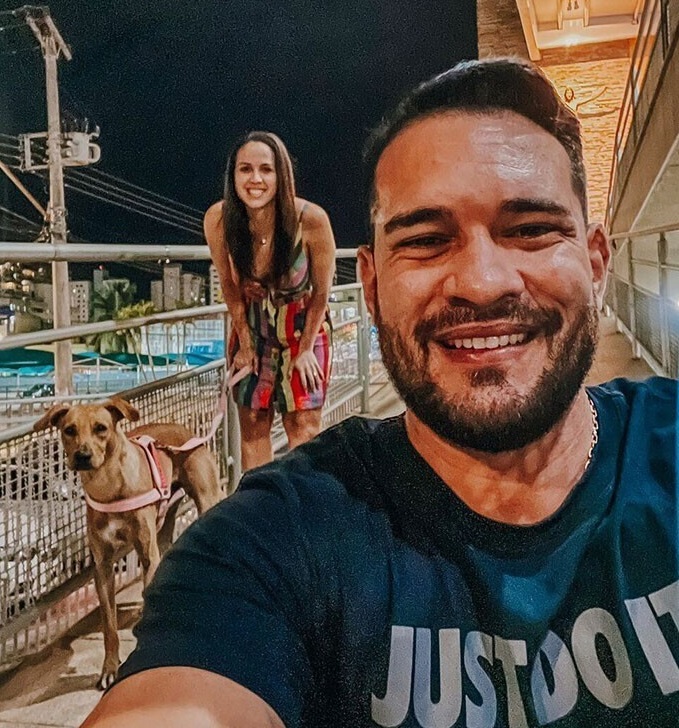 The couple is grateful to have a pet that just happened to appear on their most significant day.

By the way, he got the name Caramelo. Caramelo himself, of course, is no less happy – now he has a loving family. This is such a happy story!

Stray cat looses her ears from an infection, gets a stylish crocheted pair and a forever home
Animals
0 116

A dog, that was lost for six years, is miraculously found by a kind passer-by and reunited with his family
Animals
0 452