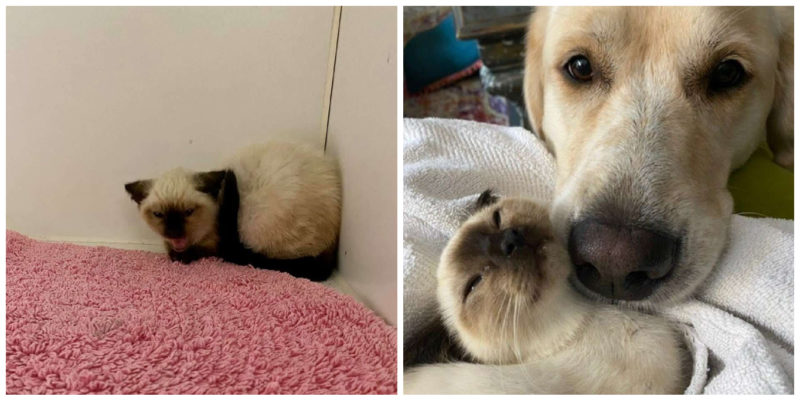 The kitten was terribly scared when she ended up in a foster home.

However, the care of the Labrador helped her to trust people. 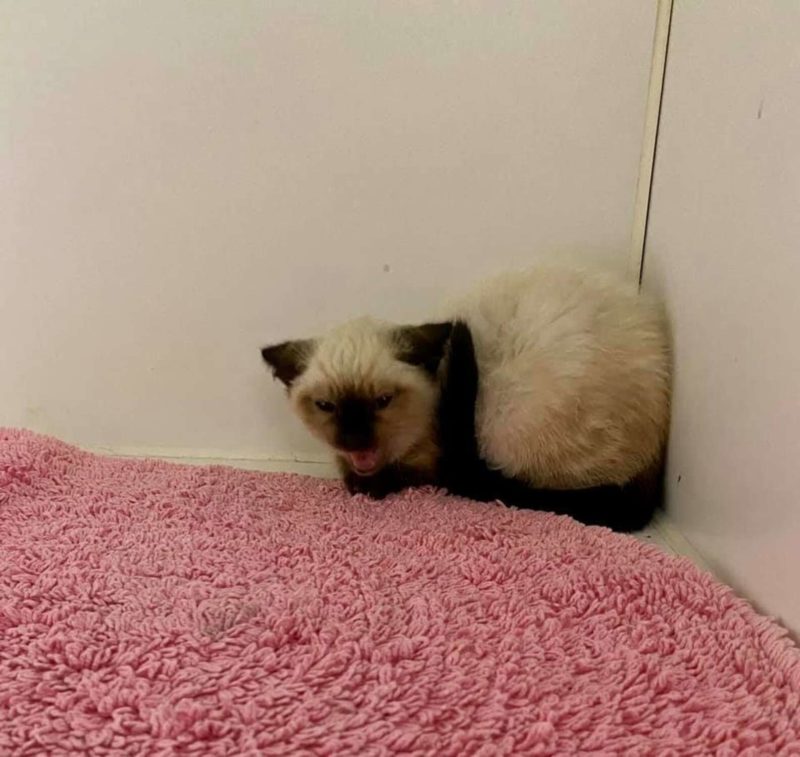 An animal shelter worker, whose name is Kendal Benken, was the first to meet the kitten and gave the name – Betty.

In the beginning it was difficult even to tell whether it was a boy or a girl. 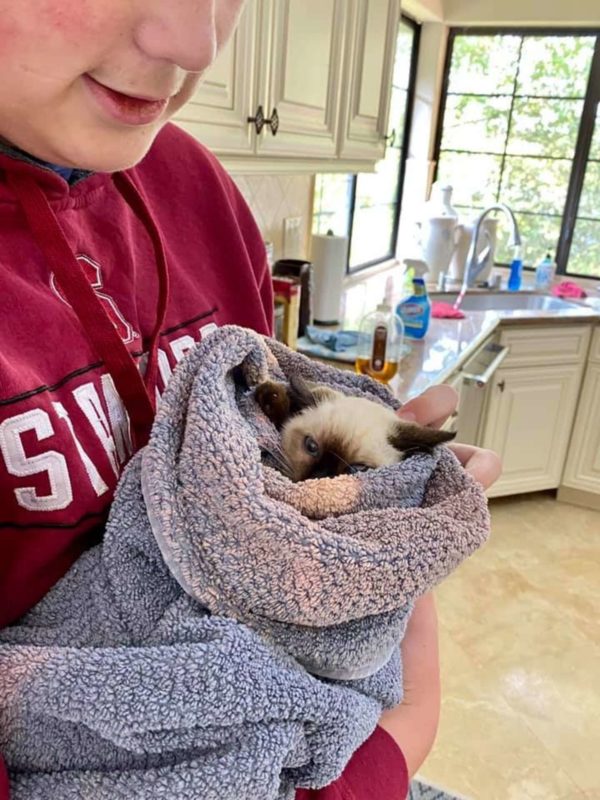 To take the kitten in her arms, she had to use a thick towel. All because the baby hissed, scratched and bite.

The woman decided to take Betty with her to help her adapt.

According to her, the main thing in raising wild kittens is for her to be a part of your daily life and not to hide.

Kendal put Betty in a spacious dog cage in the middle of the kitchen. People and dogs constantly walked around the kitten.

Labrador Truvy generally took the baby under her wing and treated her like a family.

“In a past life, Truvy was clearly a mom of kittens,” – commented Kendal. 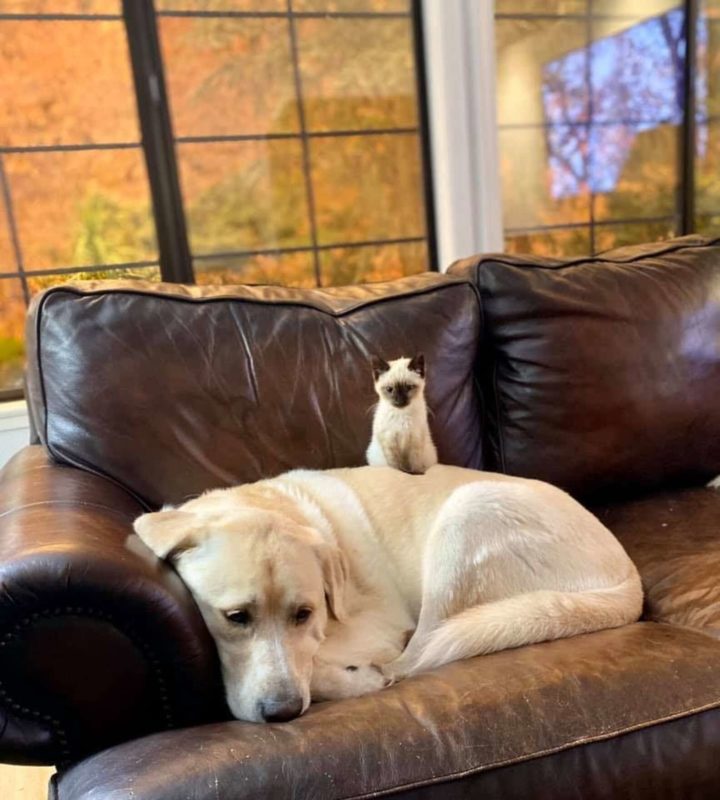 The woman held Betty with a towel and stroked her head to help the kitten get used to human touch.

Betty accepted the Labrador’s friendship and made contact. In addition, the kitten began to leave the cage, but only next to the large dog. 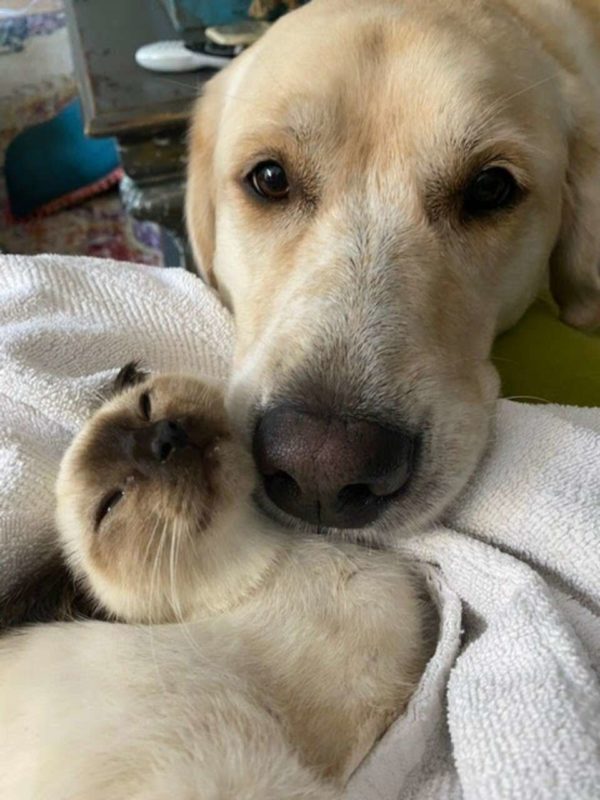 According to Kendal, they successfully found each other.

And so that the “foster mother” does not get bored, Rosa constantly sends photos of the cat and talks about her life.

Man and this wild bird have an adorable bond after a chance encounter on the road.
Interesting News
0 114