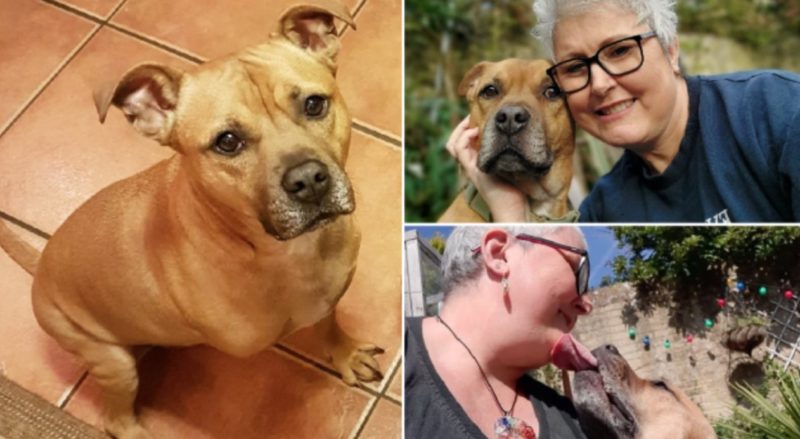 Karen Ethier found her dog at Bath Cats and Dogs Home, where she worked as a manager.

A 10-year-old dog – presumably a cross between a mastiff and a Staffordshire terrier – was brought there from the street. 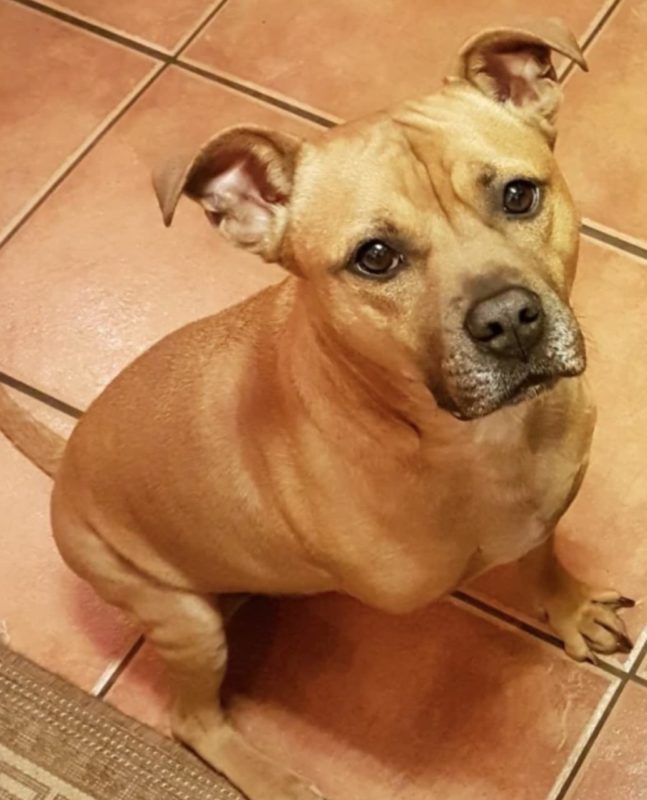 He was covered with dirt and abrasions, and one of the paws had to be amputated.

According to the veterinarian, he has never seen so many fractures in one limb in his practice. After the operation, Karen visited the ward.

Seeing the sick three-legged dog in the shelter’s enclosure, Karen felt she wanted to take him home. 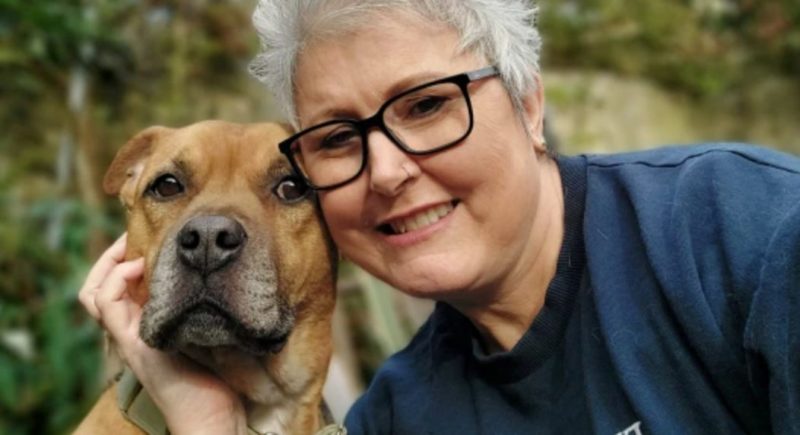 Little did she know then that the dog she had given a chance for a good life would one day save her life.

Six years after Louie became part of the Karen family, the dog suddenly began to behave unusually. He kept poking his nose and head into the owner’s chest, as if trying to tell her about something.

And a few days later, Karen was horrified to feel a lump just in the place that Louis pointed to.

The examination showed that the woman had triple-negative breast cancer – and immediately in the third stage. 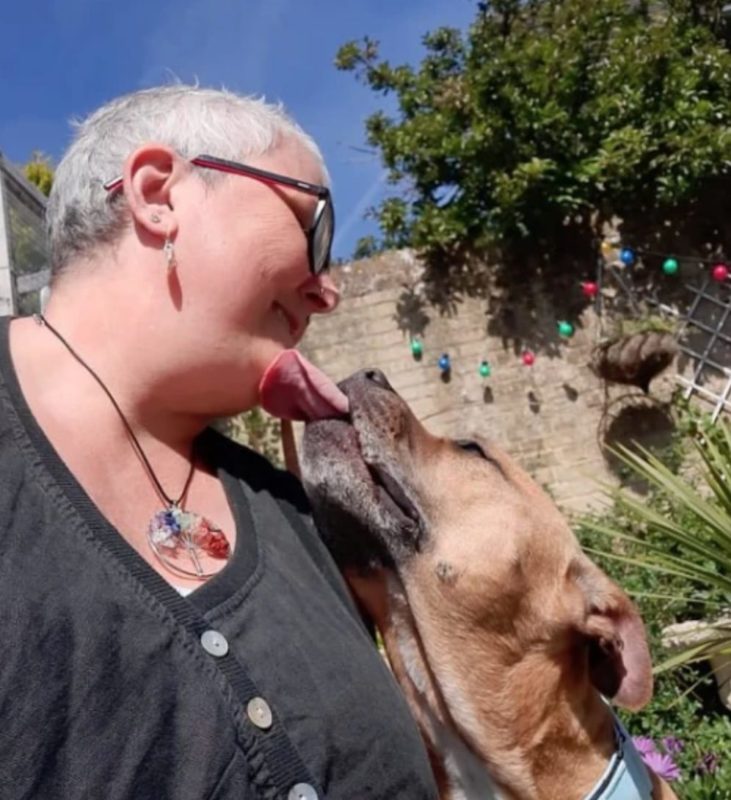 The tumor behaved aggressively, and it was urgent to start treatment.

Since the mass was too large, the doctors suggested that Karen first undergo chemotherapy to try to reduce it in size, and only then go to surgery.

Karen, who lost her mother to breast cancer, knew what she would have to go through, but never lost hope of getting well. 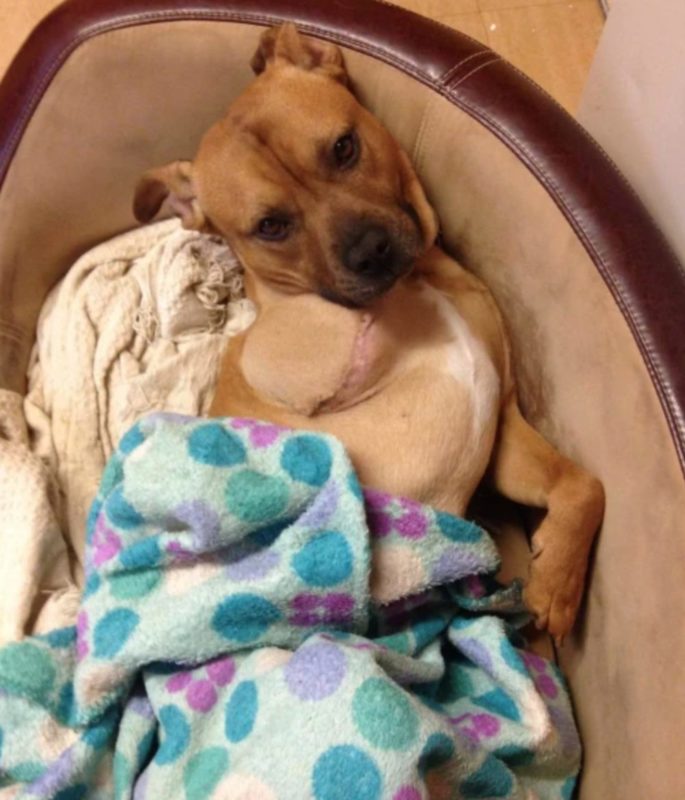 After six months of chemotherapy, surgery to remove her tumor and lymph nodes, and three weeks of radiotherapy, Karen finally went into remission.

All the time, while she was fighting a dangerous disease, Louis was nearby, who turned out to be an amazingly loyal and intelligent dog.

“I was very scared, but Louis was always ready to support me,” Karen recalls. 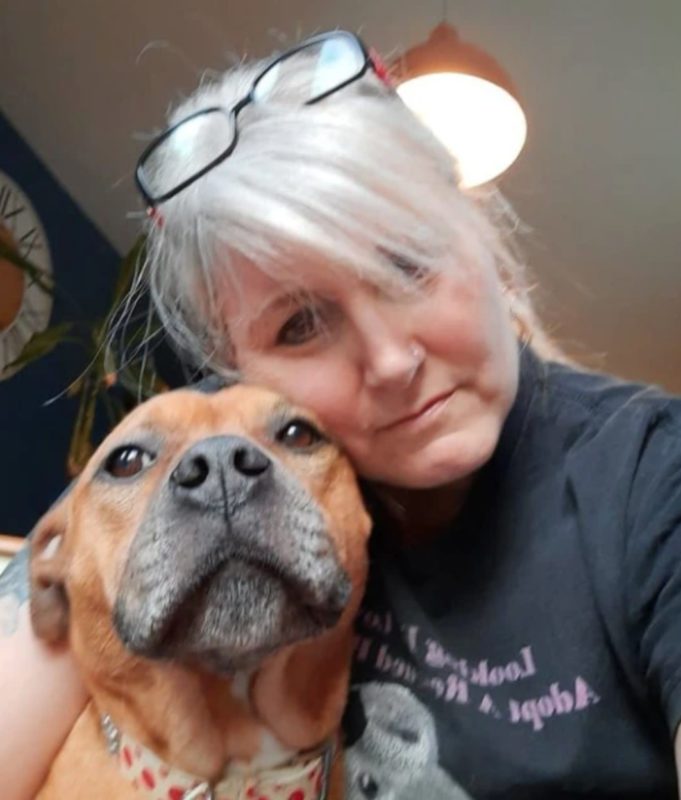 The dog intuitively felt when his owner needed communication, and when it was better for her to be alone.

Louis’ silent support helped Karen find the strength to fight and not despair. According to the woman, she partly owes her recovery to Louis.

“I am so grateful to fate that he appeared in my life. He is the best dog in the world,” she says.

The guy sees a lonely Labrador at a gas station and thinks that the dog is lost, but the tag on his collar says otherwise
Animals
1 3350