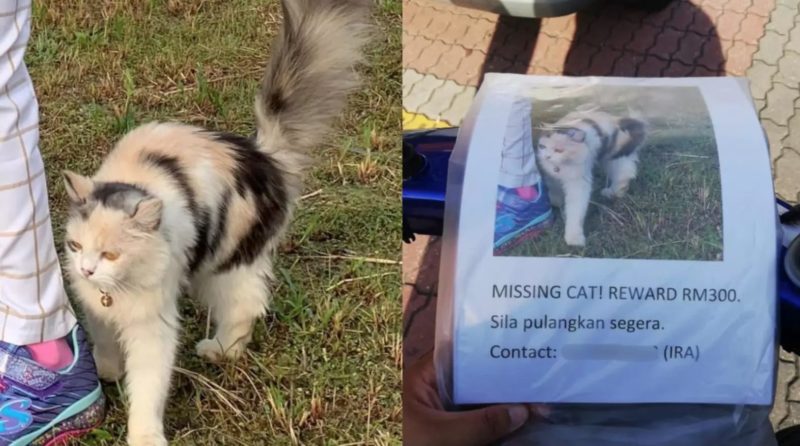 Zaheera Hamidi from Malaysia recently moved into a new house with her family and a cat named Loki.

In the middle of the move, someone left the door open, and a curious cat jumped out into the street and went aimlessly. 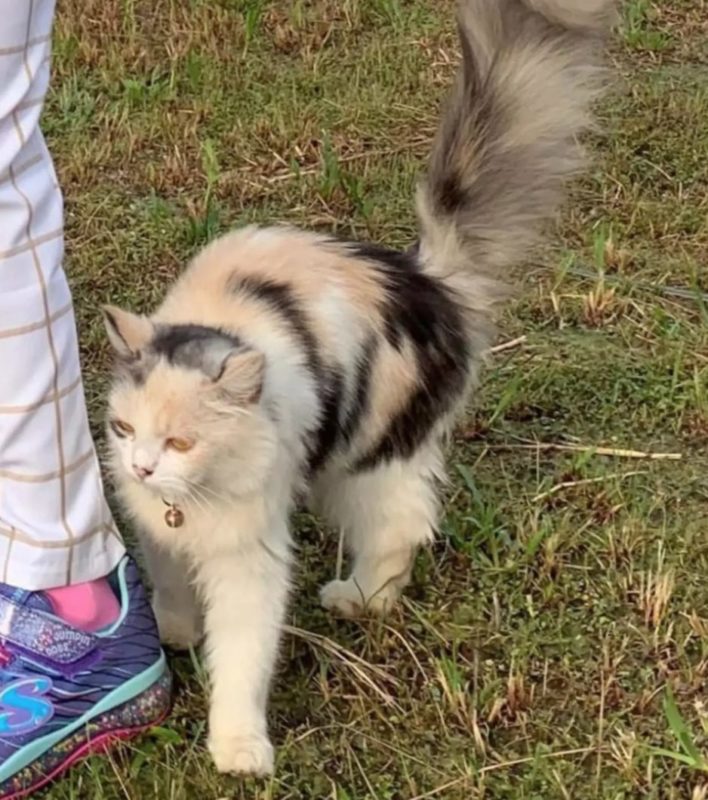 “We had no experience with moving a cat to a new place. So we thought Loki would be able to get home on his own,” Zaheera said.

Zaheera and her husband ran off their feet looking for the cat: they searched every corner of the house, walked along all the streets, put up posters with a photo of the cat everywhere, and published a post about her being wanted on social media.

Some of the family’s neighbors volunteered to help, but it was all in vain.

Days passed, but the cat did not appear. And no one saw her. Zaheera began to think that she would never see her pet again.

But soon a neighbor named Pang called the woman and said that he had found Loki.

He showed a poster with a picture of a cat to his dog Mango, and during a walk in the park, she suddenly began to bark loudly and ran to the bushes where a disheveled and slightly dirty Loki was sitting.

Pang immediately called Zaheera to please the woman. And while her husband was driving for the cat, the dog sat next to her, comforting her and making sure she didn’t run away again.

“I never thought that a dog would recognize a cat from a poster, find it and take care of it. What happened just left me speechless,” Zaheera was shocked. 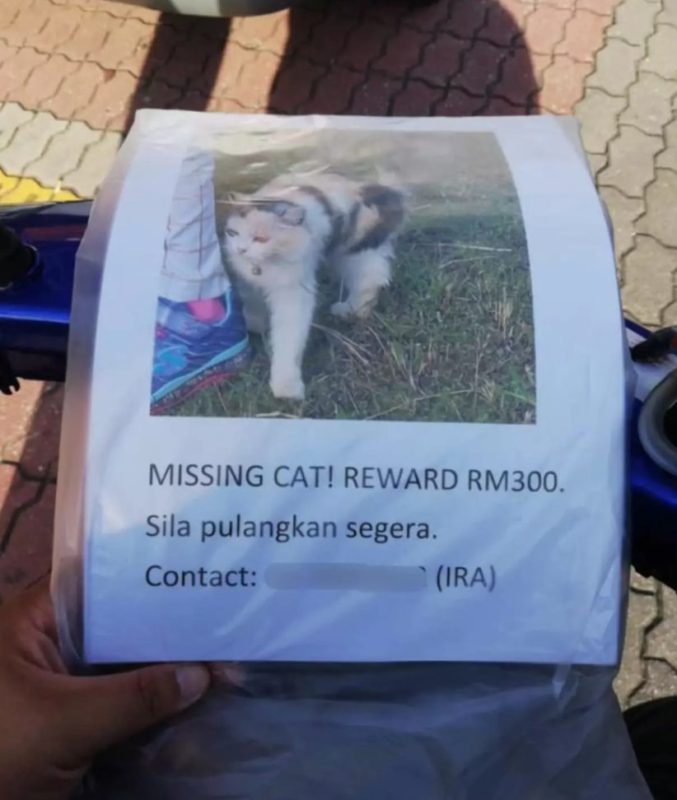 Now Loki is safe at home: she was not hurt, but after several days on the street she was hungry and a little scared.

Pang refused the cash reward, but Zaheera still really wanted to thank him and Mango, so she sent them a basket of gifts.