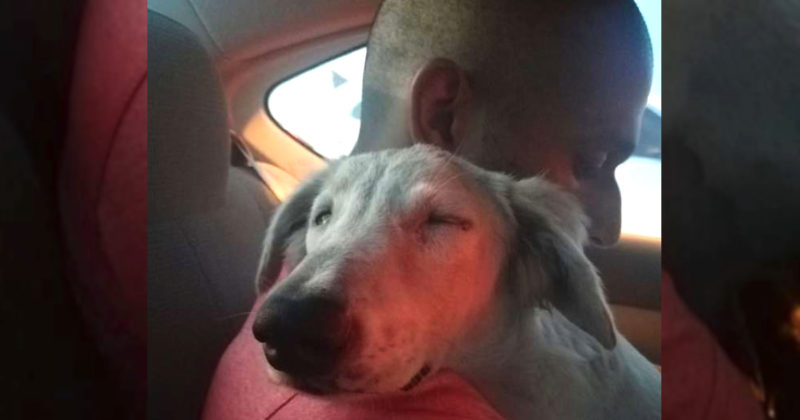 Anand Raman was visiting his sister in Dubai when a stray dog ​​caught his attention.

He hid under the car from the heat, eating the food left for him by the workers.

The dog looked terrible: his hair fell off, and his legs did not want to stand straight. 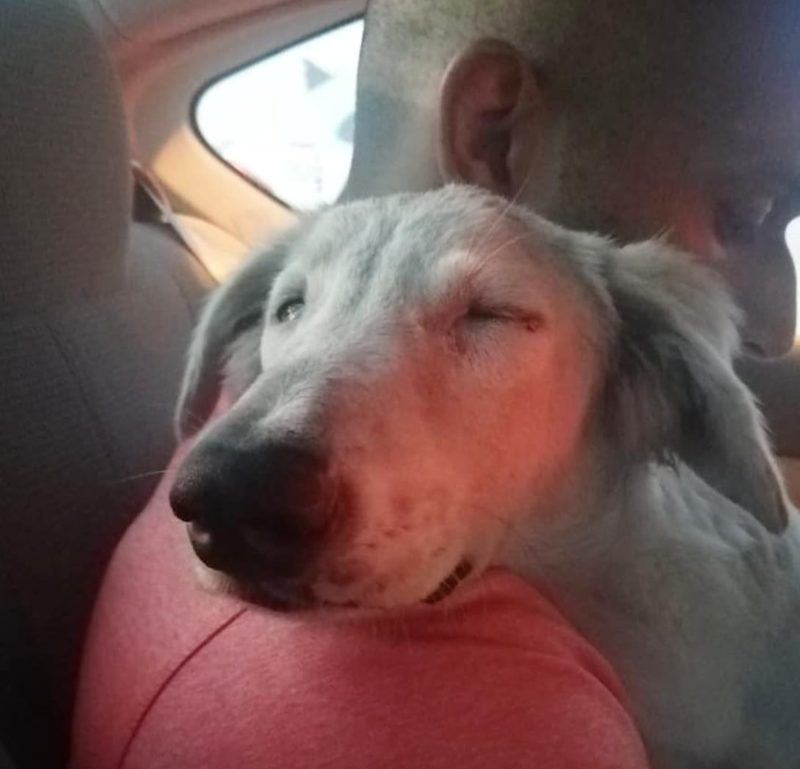 Seeing Anand, the street dog approached him and began to cuddle with him as if he had known him for a very long time – although he had seen him for the first time.

Warm feelings washed over the man, too, and he realized that he couldn’t just leave the dog on the street and move on.

Anand called a new friend into the car, and he immediately jumped into the seat.

The dog climbed onto the man’s lap and rested his head on his shoulder.

The man was struck by the touching behavior of the dog. He had never received so much warmth and tenderness from an animal.

There was no way back.

The dog, which was homeless only half an hour ago, found an owner and friend in a random passerby.

For the first time in a long time, he relaxed and fell asleep, right in Anand’s arms.

At home, it turned out that the mongrel’s black fur was of this color due to a layer of dirt accumulated during his life on the street.

After the bath, an absolutely white dog appeared before the family. And right there, a name was born for the new family member – Snowy.

The dog has been living in Anand’s family for two years.

During this time, the owner and the pet have become inseparable, they spend all their free time together.

The man found a true friend, and he thanks fate for the fact that that day he suddenly decided to stop the car.