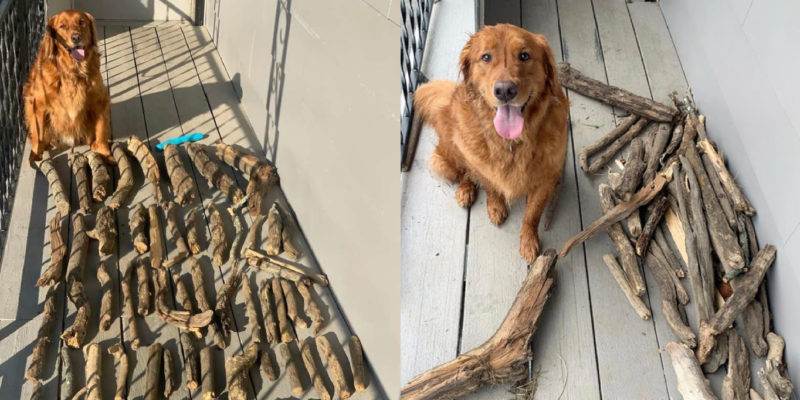 Collecting – although a common hobby, but not easy.

Even when it comes to collecting sticks, which is what 4-year-old retriever Bruce does. 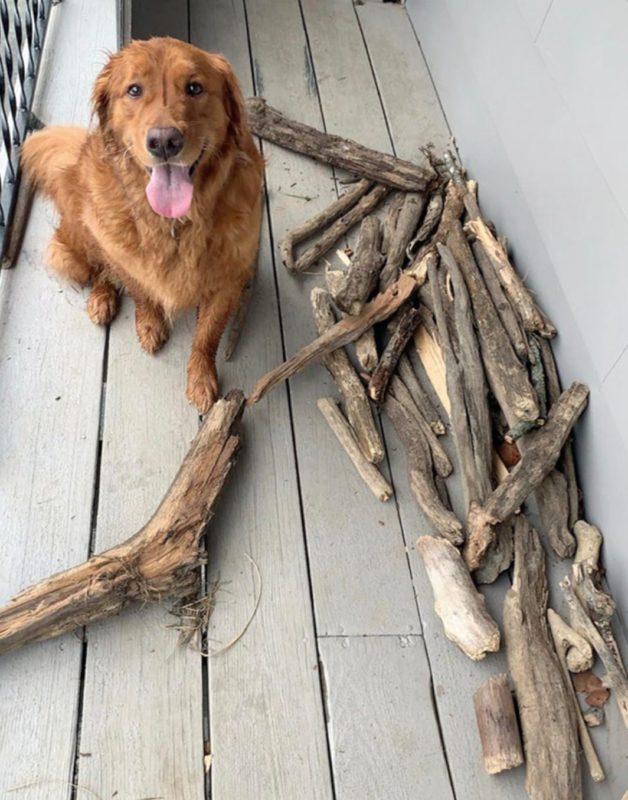 And this occupation of his has its own history, as told by his owner Leo Eisenhower.

“Bruce started his collection of sticks after our area was covered with snow. He had one favorite stick then, but after the snowfall he couldn’t find it. He searched like crazy, dug everything, trying to find it.”

And while it’s not surprising that a dog collects sticks – well, what four-legged dog doesn’t love to run around with a piece of wood? But Bruce has more than 50 of them! And they are all different: long, short, even, crooked, and each probably has its own story – if only the dog could tell them. 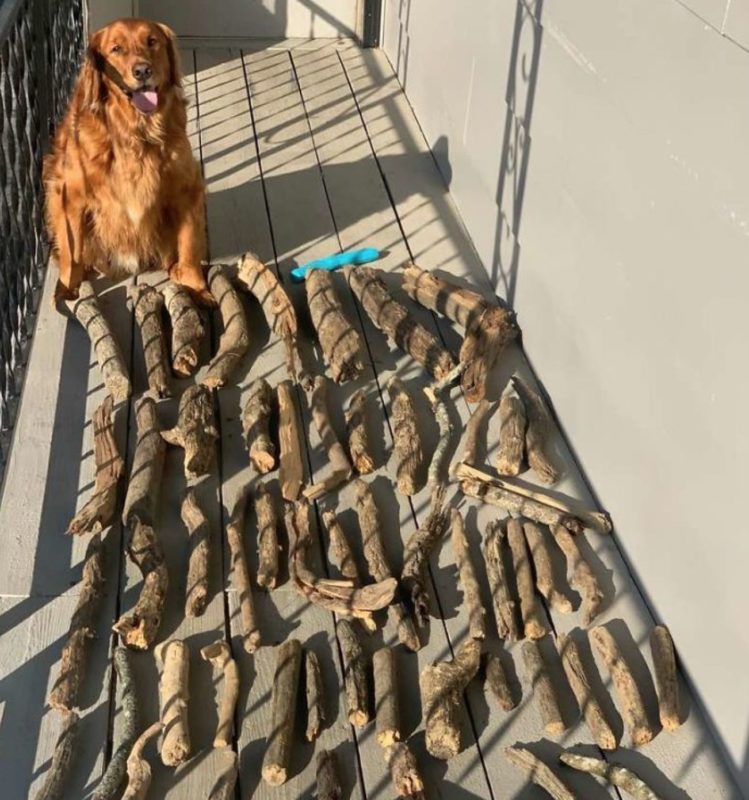 “We live near a stream that often overflows its banks and then leaves a lot of new pieces of wood brought by the current,” says the owner of the retriever.

After the snow melted, Bruce did find his favorite stick, but this incident taught him not to take risks anymore, so he decided to stock up on more sticks for the future. 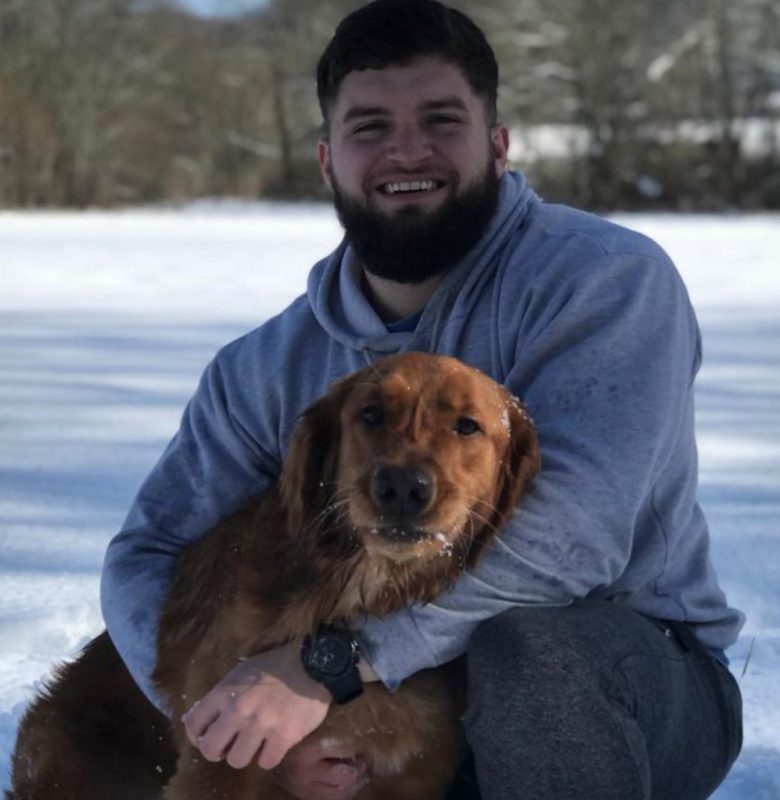 The owner allows the pet only to collect sticks, but not to play with them – after an accident when the dog pierced his esophagus with a stick. Now he plays with a rubber stick, and just brings the wooden ones home to his warehouse.

When Bruce’s owner posted these photos online, they went viral with over 100,000 views and thousands of likes!

Just look how proud Bruce is of his own collection!