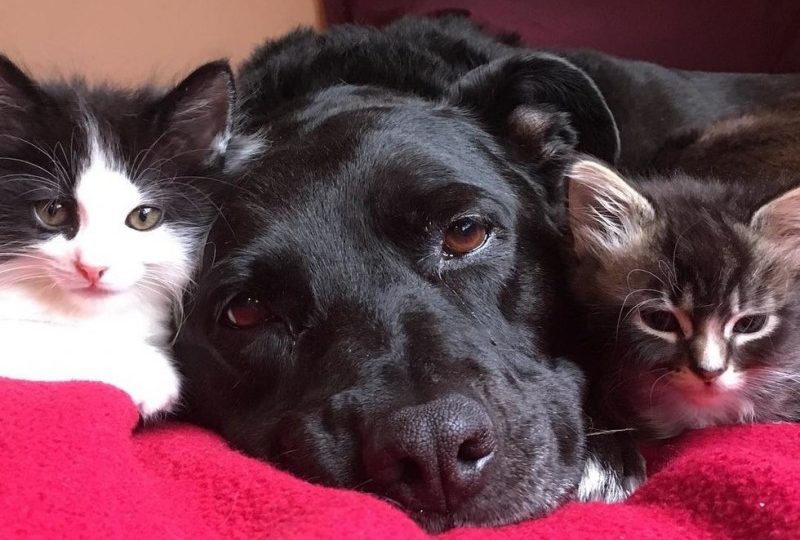 A few years ago, this dog, named Zuca, was found on the street in Oregon.

The dog looked neglected and besides she was pregnant. Zuca was caught and placed in a shelter where she gave birth, and her puppies were distributed to foster families. 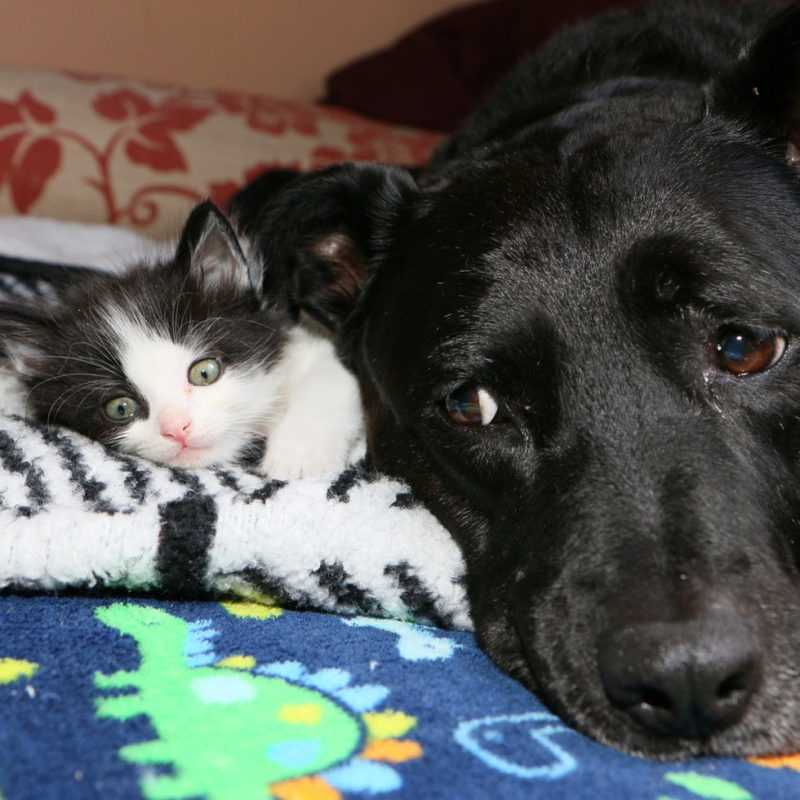 But it was not easy to find an owner for the dog herself.

Six months later, an employee of the shelter, Ronda, decided to take Zuca to her.

She realized long ago that Zuca is very different in behavior from other shelter dogs. 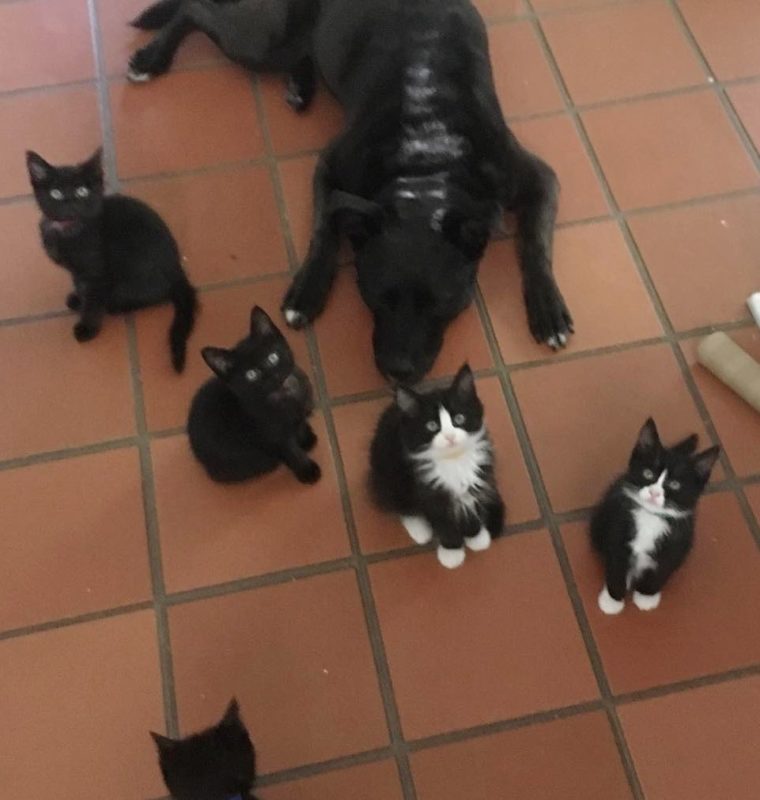 “All the dogs were excited seeing people and behaved excitedly in their cages, barking, spinning in place. Only Zuca just sat and looked at me sadly, timidly wagging her tail.”

Ronda felt sorry for this dog, and she took Zuca to her home.

Ronda already had pets at home, several cats, but Zuca quickly found a common language with them.

She developed a particularly close relationship with an elderly cat named Stout.

When the cat died soon after, Zuca was very sad.

Zuka spent a lot of time with Ronda in the shelter, and when a little kitten named Monkey was brought to the shelter one day, Zuca suddenly showed strong maternal feelings for him. 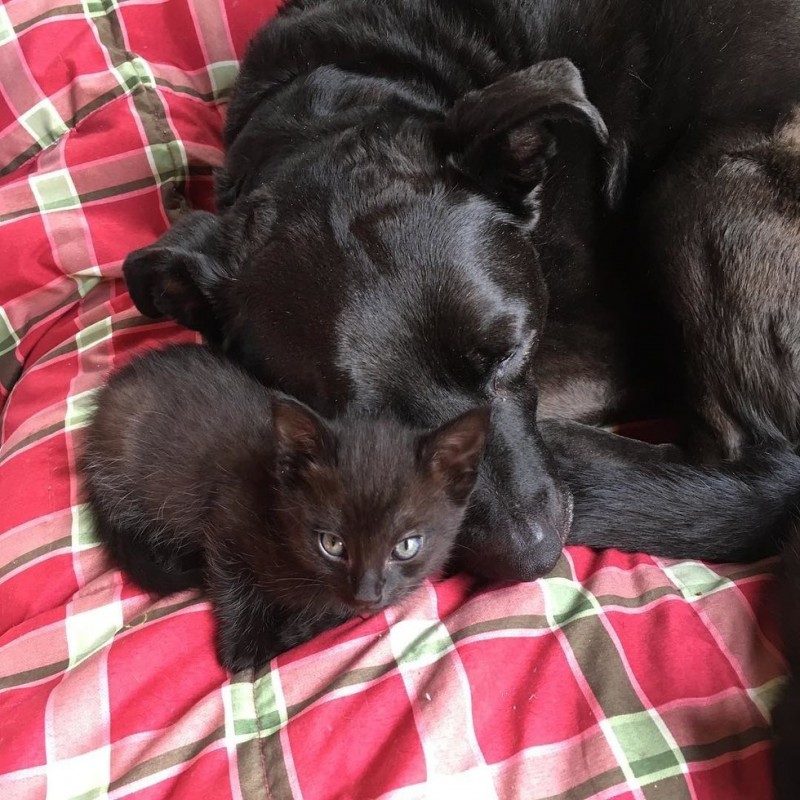 Monkey became Zuci’s first adopted “son”. And soon she became a foster mother for every orphaned kitten that enters the shelter.

“At first, I was very concerned. Because Zuca is a cross between a pit bull, she is a big and strong dog, she could easily harm the kittens without even wanting it,” says Ronda, “But Zuca was very patient and gentle with the kittens. She allows them a lot, and they crawl over her like on a big warm toy. They can scratch her or bite her, she still won’t be rude to them.” 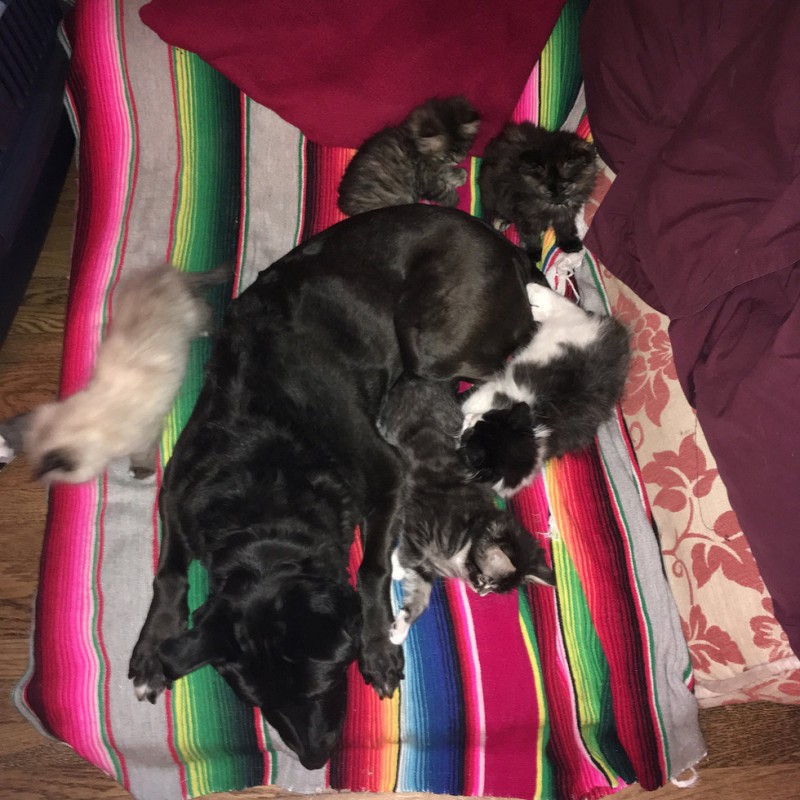 According to Ronda, Zuca does not just take care of the kittens, she seems to know what each of them needs in the first place.

Over the past years, Zuca has taken custody of more than a hundred kittens in this way.

Cat saves the owner from a highly venomous snake, the reptile climbed through the open door and hid in the shopping bags
Animals
0 12522

After a second chance, this special kitty has a new best friend who won’t stop cuddling
Animals
0 93
Our Top Posts