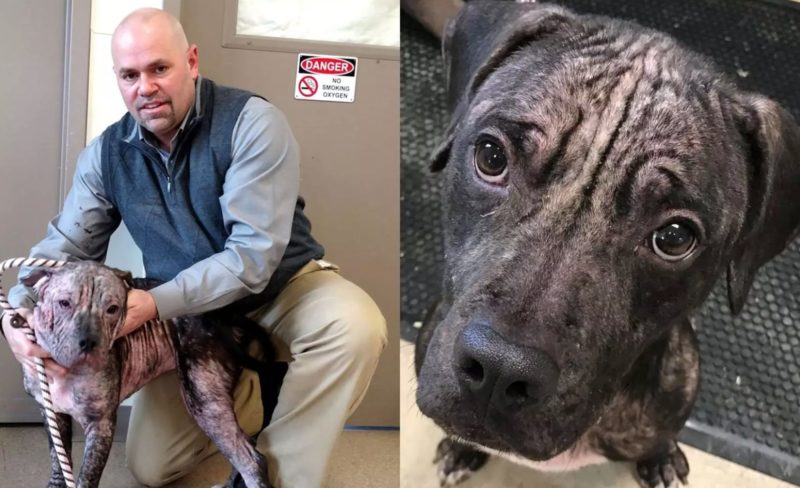 On a cold January night, a resident of Earlton opened his door and saw an unexpected guest on the threshold – a skinny, hairless dog that was trembling in the frosty air. The man had no idea where she came from, but let her in. 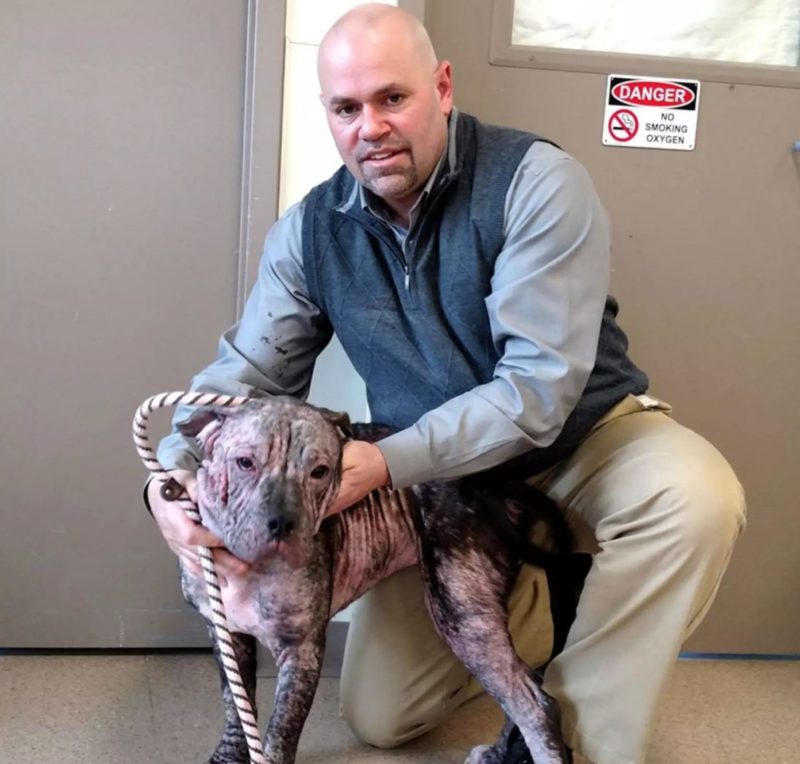 The man fed the dog and gave her water. And while she was warming herself, he called the Columbia-Greene Humane Society animal shelter. And soon she was taken away.

When the shelter staff saw the dog, they almost burst into tears.

“The dog was just abandoned on the side of the road when she was very ill. She had open lacerations on her face and neck, and had no hair. It was terribly sad to look at her,” said the president of the society, Ron Perez.

The shelter workers took the dog, named Penny, to the vet and found out she had a serious skin condition called demodicosis. This type of mange is caused by mites that burrow into the animal’s skin and can be fatal in some cases. 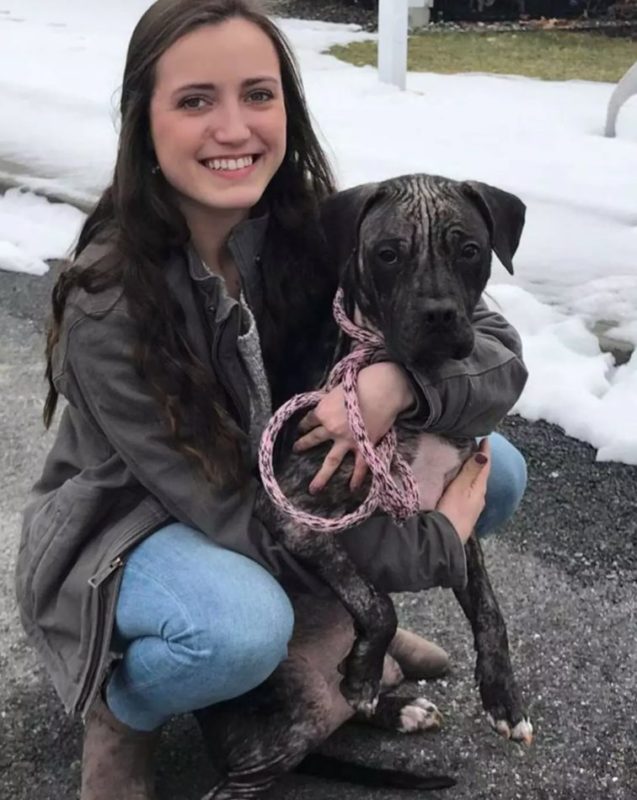 Although Penny survived, the illness took a toll on her: she lost most of her fur and her skin became dry and scabbed. But thanks to high-quality treatment and care, the dog quickly got better.

“After a week, Penny looked like a completely different dog. The vet was very impressed with how quickly she recovered.” Ron Perez said.

Penny has now made a full recovery and will be heading to her new home.

While the dog was being treated, the police found the man who left her on the road: he was arrested on charges of cruelty to animals. If found guilty, the man faces a $1,000 fine and jail time.