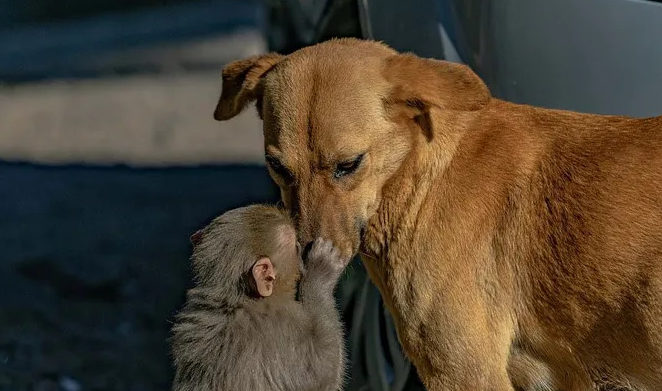 In India, monkeys are often victims of human cruelty.

Their population is huge, crops suffer from them, so monkeys are treated no better than pests. 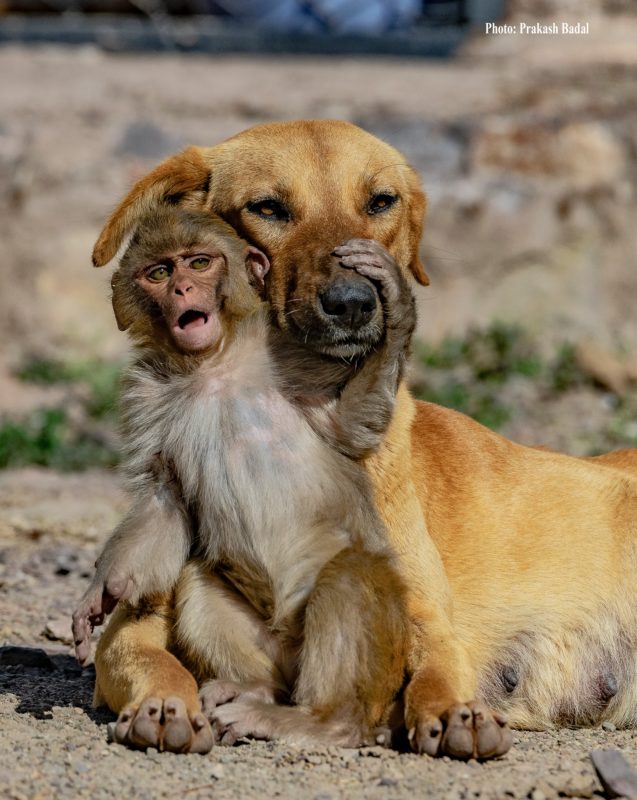 This cub, left an orphan, was doomed to death – but help came from where it was not expected.

Indian photographer Prakash Badal was on business in Himachal Pradesh and witnessed the unusual scene.

He noticed a stray dog ​​by the road, on which a small monkey was climbing – the cub looked to be no more than 10 days old.

The photographer learned from the locals that the monkey’s mother had been poisoned to save the harvest.

This regularly happens in India, where the huge population of monkeys is one of the main problems of agriculture. 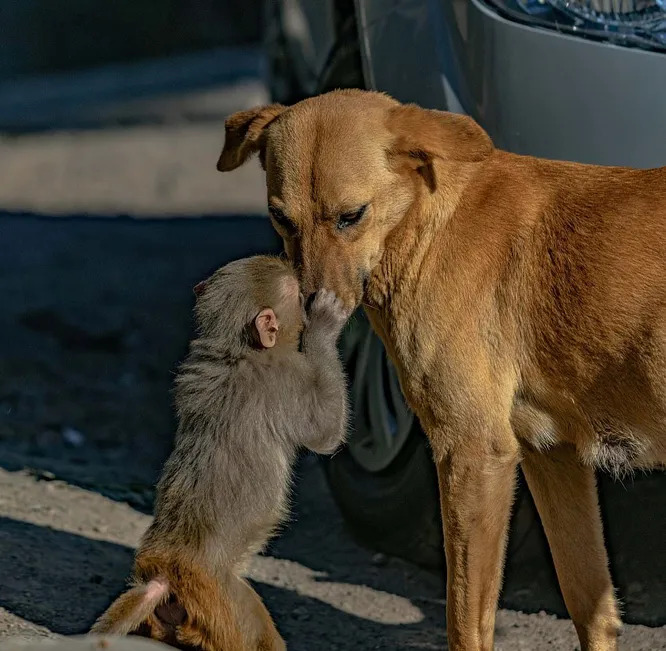 The cub was doomed – without milk and mother’s protection, he would definitely die.

But a stray dog, which is soon preparing to give birth to puppies, ​​came to his aid.

Now an unusual couple lives together.

The dog gets food, which he shares with the cub, they sleep together, play and roam the streets of the city.

According to Prakash, such relationships between monkeys and dogs are rare – these animals often come into conflicts than become friends.

But it seems that instinct did not allow the expectant mother to pass by an orphaned child, even if of a different kind.

It is not known how relations in the family will develop when puppies appear, but now for the little monkey there is no creature more dear than this dog, to which he owes her life.