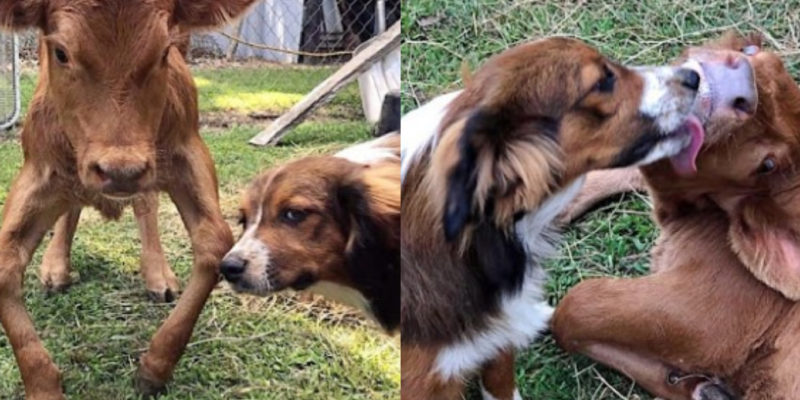 A calf named Cupcake was born with a disability that resulted in deformed limbs. Over time, the hind legs, fortunately, straightened out. However, the front legs are still twisted and turned outward. 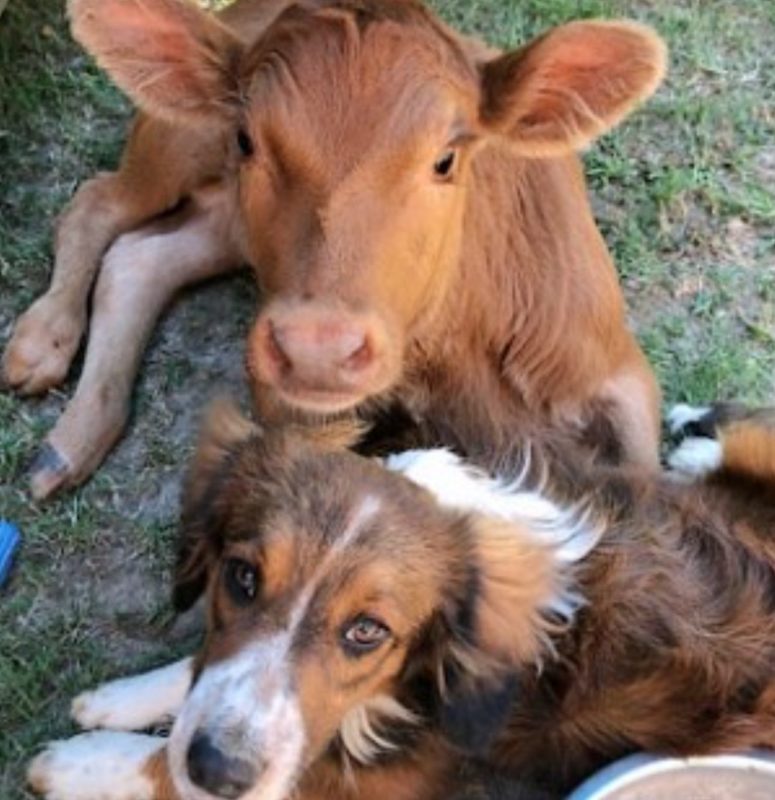 When Cupcake was five weeks old, Jenia Kay Meyer took her in and she and her husband nursed her daily. They looked after her and bottle-fed her.

In addition to these two wonderful people who loved and looked after Cupcake, she also got another guardian. This caretaker was a rather unexpected helper.

The couple who adopted the calf had a dog named Bo. He fell in love with Cupcake at first sight and took care of her every day. 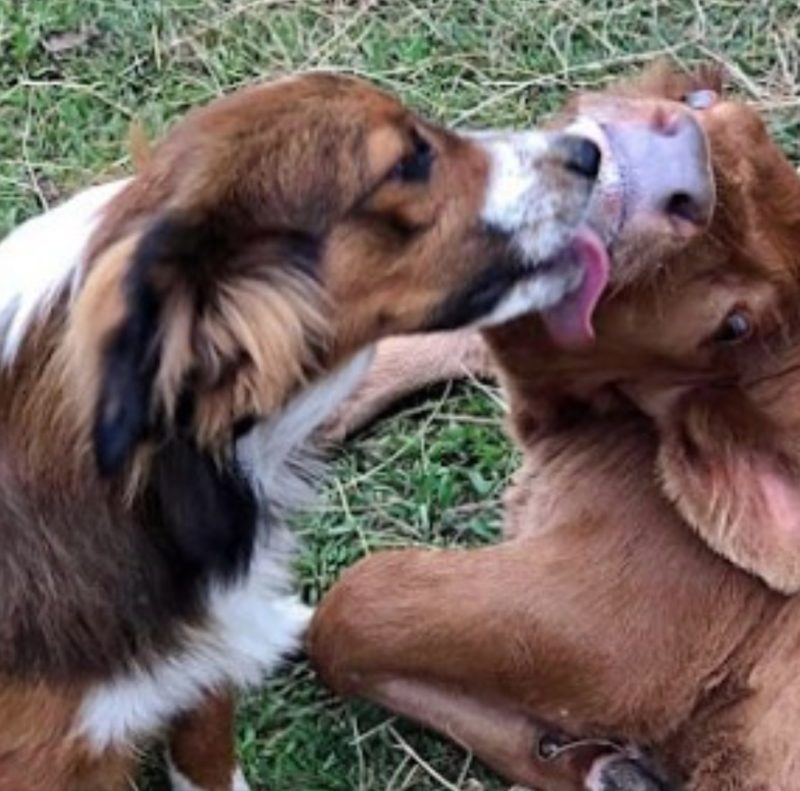 Over time, the two became inseparable, and now Bo is constantly next to the calf.

Bo considers Cupcake to be his baby. When Cupcake first started drinking from a bottle, the milk spread over her face, and Bo licked all the milk from her face and looked after her in every possible way.

The couple originally adopted Bo to become their herding dog. However, every time the dog got into the truck, he got sick.

Despite the fact that Bo never managed to become a herding dog, he decided to help his family in a different way. He found his calling in caring for a calf.

Bo has become a loyal protector to Cupcake, and they constantly cuddle and play together.

At the moment, the family is raising money to cure Cupcake and give her an operation that may help her straighten her legs. Her tendons can be cut and fixed. But all this should be carefully discussed with the veterinarians, as this operation may not be useful for Cupcake. 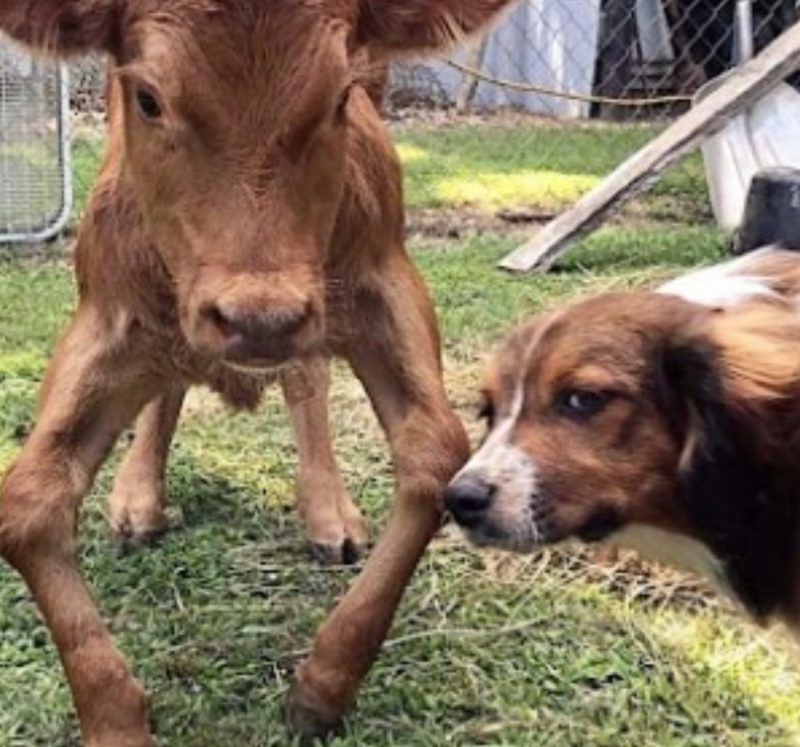 Despite all this, Bo and Cupcake try to live out their time together by playing and enjoying life. And their owners provide them with the best conditions for a comfortable life while they are with them.

27-year-old girl is often confused with an old woman: see what her children look like
Interesting News
0 80

Meet Dolph, the man who became best friends with a wild cheetah
Animals
0 162