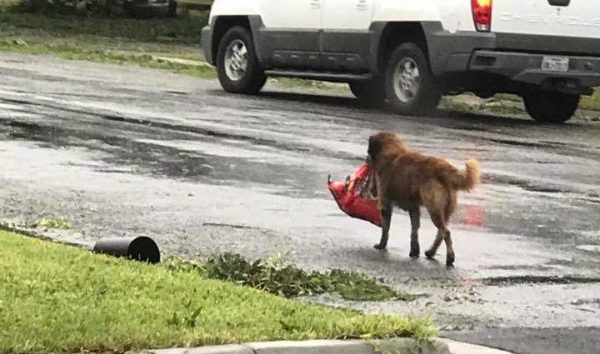 A dog carrying a bag of dog food during Hurricane Harvey has become a symbol of resistance to the elements in Texas, writes the Chouston Chronicle newspaper.

Thiele Dockens, a resident of Sinton, Texas, took a picture of the dog and posted it on Facebook. 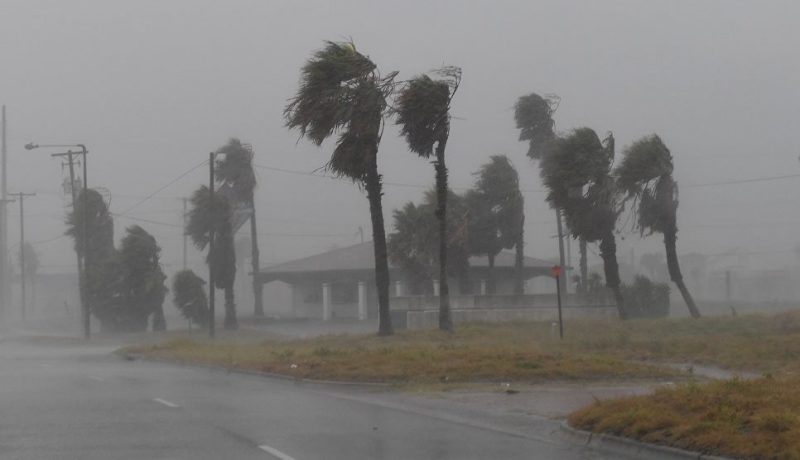 In less than a day, the picture was reposted more than 24 thousand times.

It turned out that the dog’s name was Otis, and he ran away from the owners on Friday evening.

He was looked after by 65-year-old Salvador Segovia. The dog belongs to his five-year-old grandson, who was taken out of town during the hurricane.

On Friday evening, Salvador discovered that Otis had run away. And on Saturday morning, a bag of dog food was missing.

The man went in search of a pet. And the neighbors told him that they saw him nearby with a bag in his mouth. 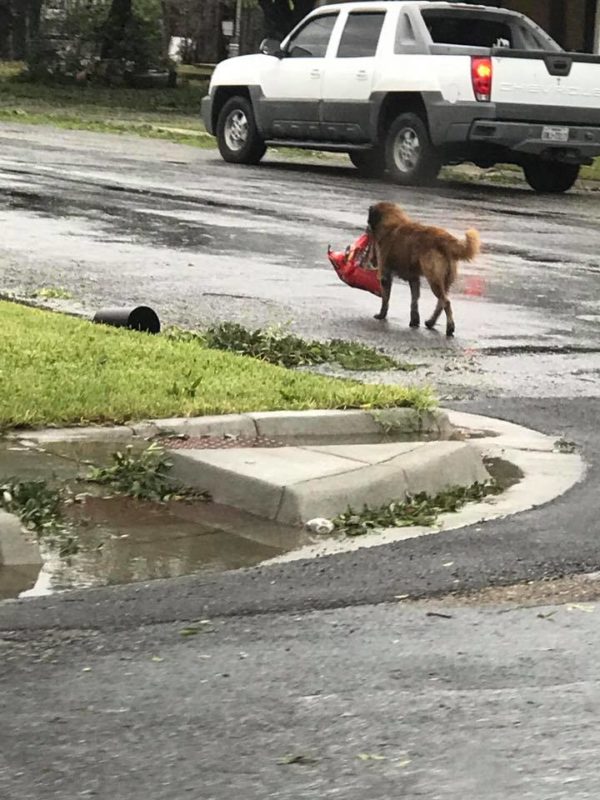 In the end, he managed to track down the dog and bring him home before his grandson returned.

According to Salvador, Otis is a local celebrity who is sometimes sent to the store or “for a hamburger”.

Hurricane Harvey hit Texas on the night of August 26th. It was originally a Category 4 hurricane, but eventually weakened to tropical storm levels.

However, forecasters warned of the danger of “extremely severe flooding.” Five people died due to the natural disaster.