A dog named Solo spent his whole life on the streets of Los Angeles.

When he was 11 years old, he became too old and sick. Plus, he’s completely deaf. 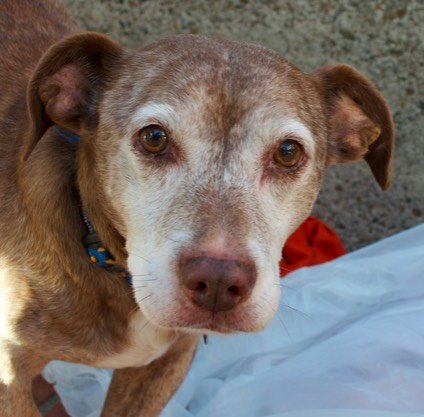 Solo could no longer survive outdoors. Then he went to the first residential building he came across, lay down on the threshold and began to wait for his owner.

A woman lived in this house with her family, who discovered Solo in the morning, going out onto the porch. (It was she who gave him that name.) 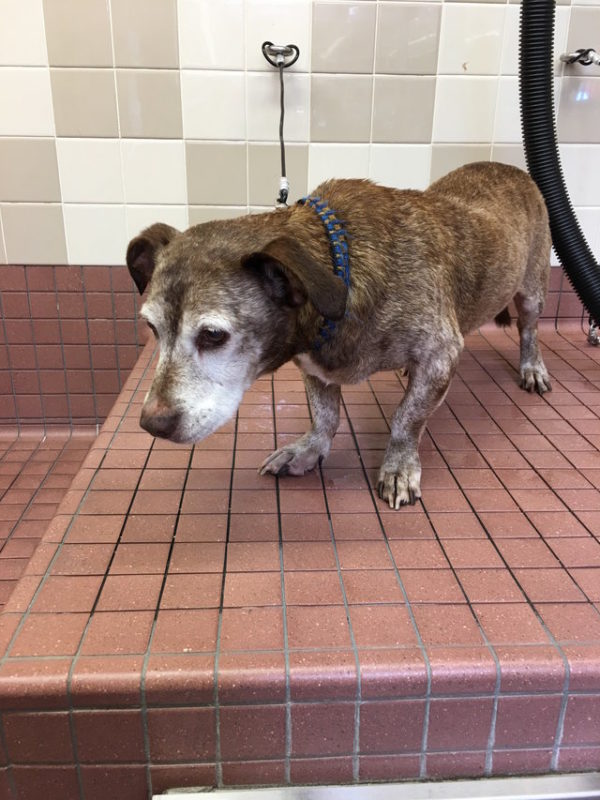 She decided to call Rocket Dog Rescue and arrange for the dog to be taken to San Francisco and placed in a shelter.

For 1.5 years, Solo was taken into the family several times, but always returned back.

The workers of the shelter could not understand the reason why he was constantly given back.

But one day luck smiled at the old man. His new owner Messina looked through the site of the shelter, not intending to take a pet from there. But when she saw Solo, she felt that this was her dog! 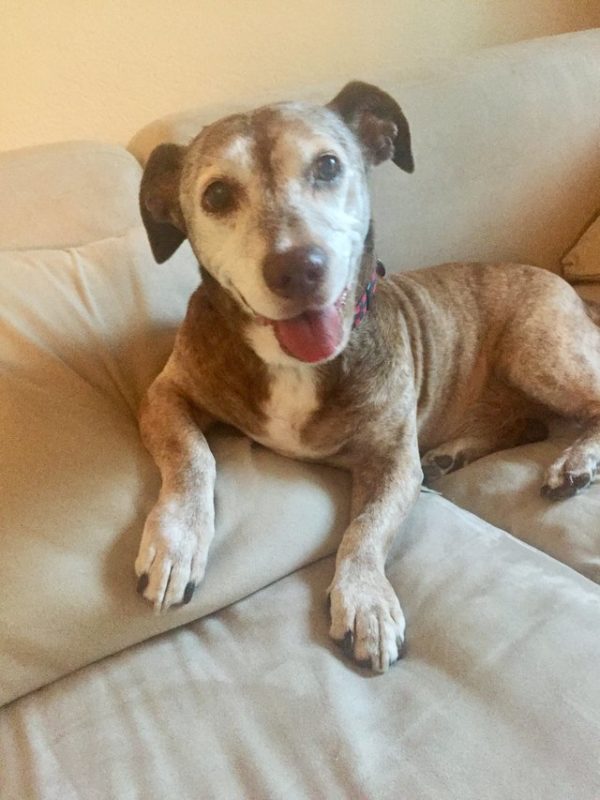 “He had such sad eyes! I immediately realized that this dog will be with me no matter what,” says Messina.

Arriving in a new home, Solo walked with his tail between his legs for several months and was afraid of everything around him.

He trembled at every touch and could not believe that this house would be for him the last point where he would find happiness.

Some time later, he received medical attention, because his teeth and hearing were in a terrible state.

Because of this, he began to feel differently. Solo finally started to smile! 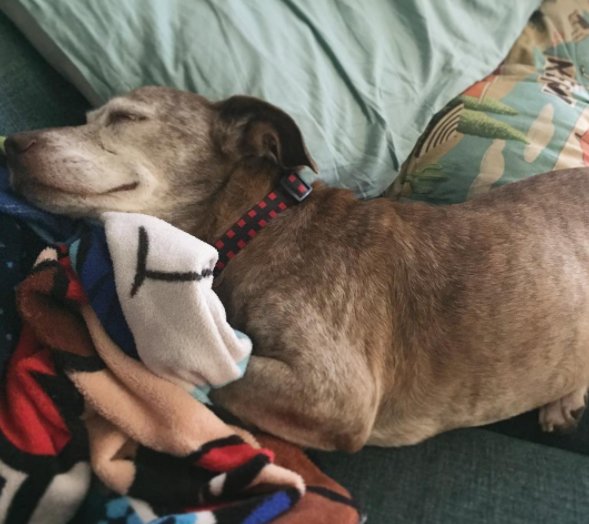 Now he has become an infinitely happy dog.

To prevent people from touching him without warning, because he does not hear when someone approaches, they made him a special suit that says: “Deaf dog”.

His new mother constantly makes sure that he is not frightened by the fact that she suddenly approaches him or enters the room. He became much calmer and happier!

Solo’s story inspires us to think that it’s never too late to find your happiness and love!

Interesting News 0 51
What the art of make-up is capable of, make-up artist Gemma Horner demonstrated to

A woman went to a shelter with a box to choose a cat for herself, but this beauty decided to get into the box herself
Animals
0 245