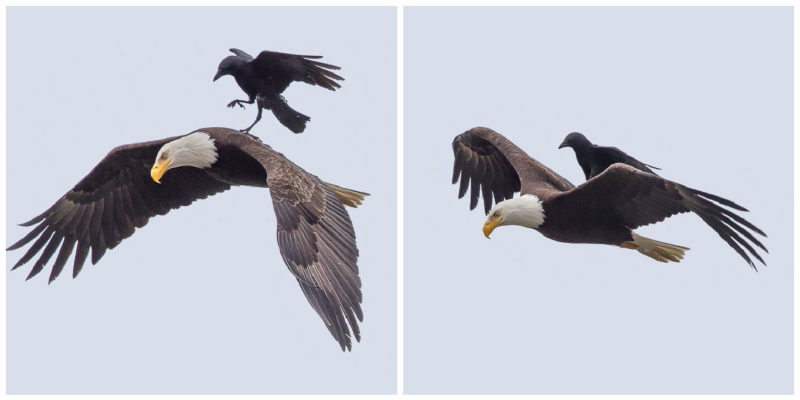 Phoo Chan, a talented Californian photographer whose bird photos have been published many times in National Geographic, took a stunning series of photos of how a crow managed to fly astride an eagle! 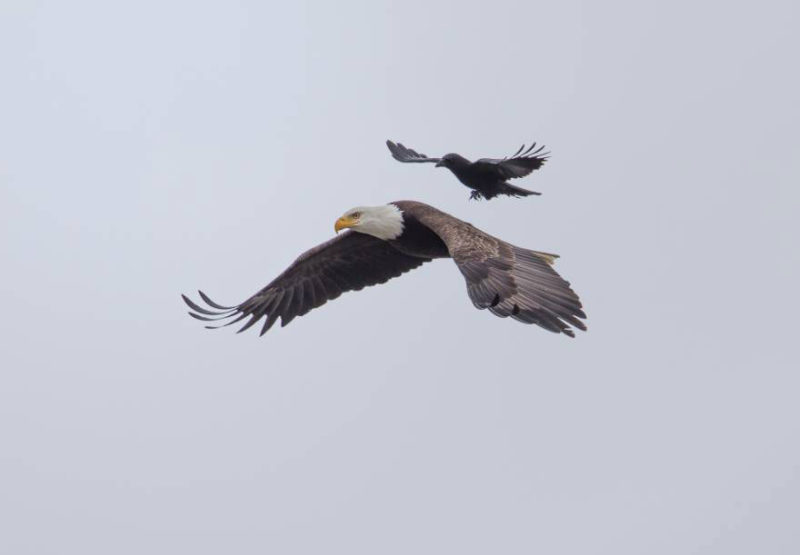 No one has ever been able to capture something like this!

As Chan himself says, crows are known for their aggressive behavior towards other larger predators they encounter in the territory they consider their own. 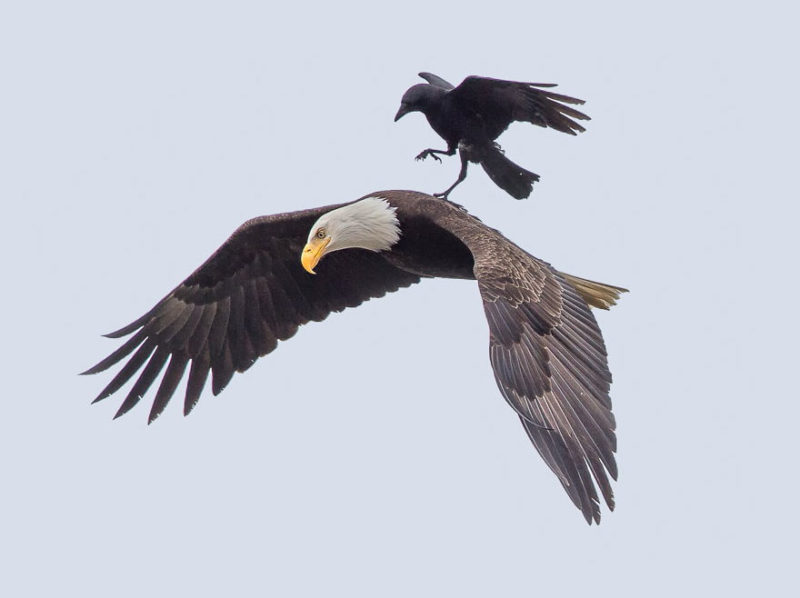 However, looking at these photographs, one gets the impression that this crow does not pursue the eagle at all.

And the bald eagle itself does not at all object to such behavior of its small feathered fellow, which unceremoniously invaded its personal space. 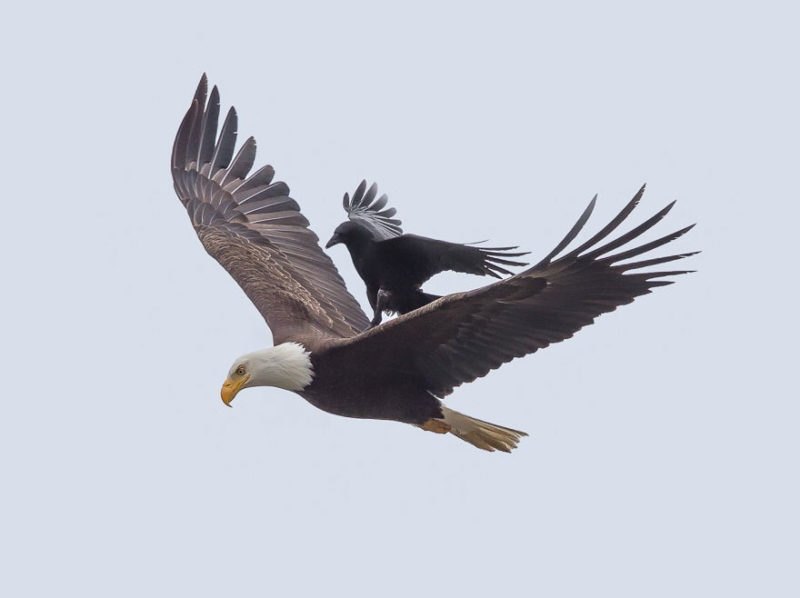 Moreover, you can see that the crow even made a stop and rode a large bird. As if it was supposed to be! 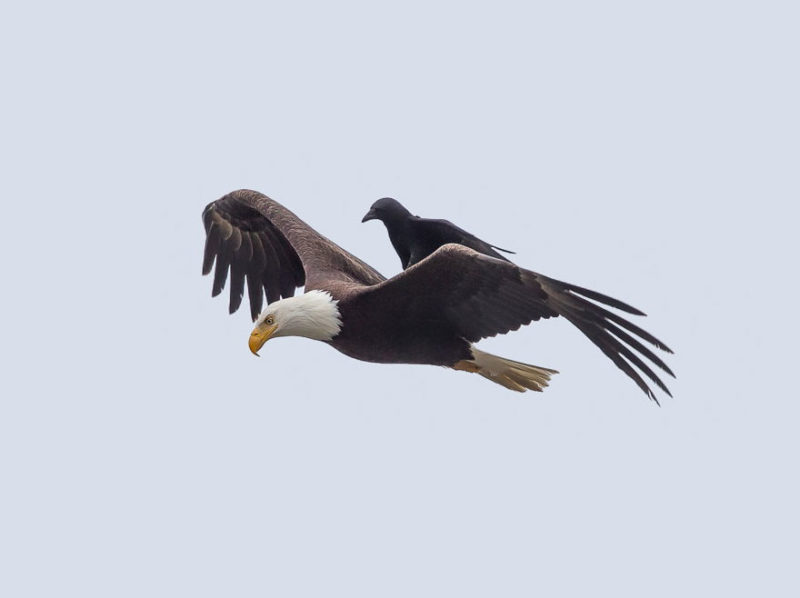 What it was – an unheard-of impudence or a unique bird friendship that no one knows about – one can only guess.

Tulip has faced countless challenges in her short life, but the 10-month-old kitten still greets each day with a smile
Animals
0 219