A five-meter reptile for 5 years was forced to live with a tyre around his neck.

During all this time, animal advocates tried to help him.

The story happened in the city of Palu on the island of Sulawesi. 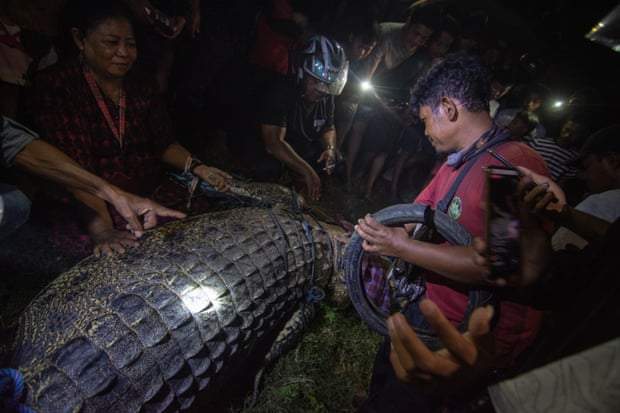 For the first time, a crocodile with a tyre around its neck was seen in 2016.

Local residents have been trying to help the animal for 5 years.

And the authorities even promised a reward to those who could do it.

A professional crocodile catcher from Australia, Matt Wright, even came to Palu.

The man tried to catch the reptile for 10 days, but it was unsuccessful.

He lured the reptile for 3 weeks with the help of chickens and ducks.

In the end, the man managed to lasso the crocodile with strong nylon ropes – because ordinary ropes broke twice.

Tili, along with local residents, pulled the crocodile ashore. 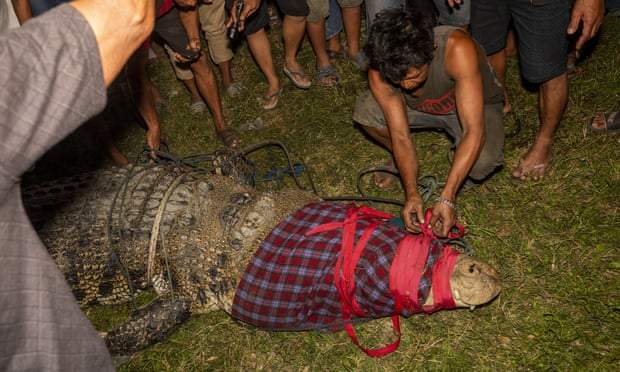 “It was incredibly heavy, everyone was sweating and very tired,” the hero shares.

In the end, the tire was cut and the crocodile was released back into the river.

And the courageous man refused the reward. He said he just wanted to help a suffering crocodile.

When the homeless man was taken to the hospital, all his faithful dogs were waiting for him for hours in front of the hospital
Animals
0 385