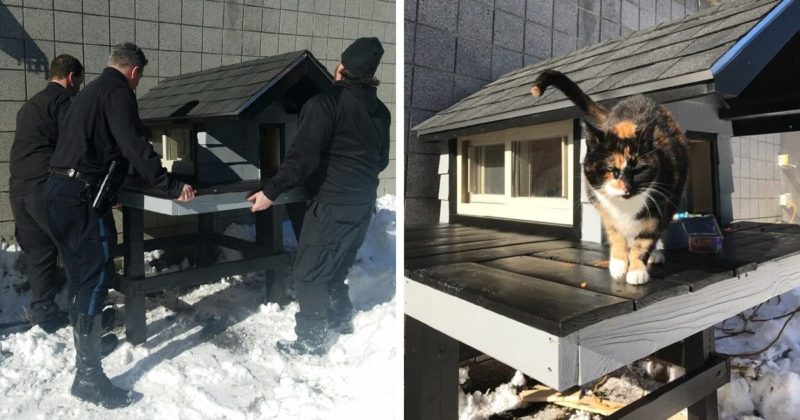 For four years now, the unofficial mascot of the Boston Police Special Forces has been a homeless tricolor cat. 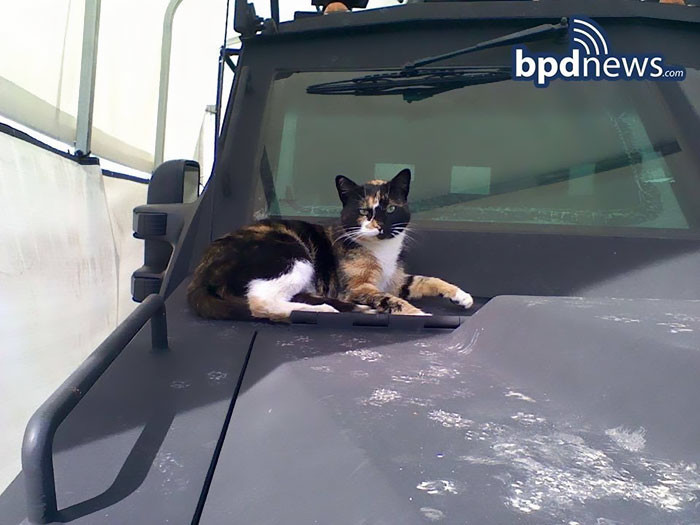 She seems to enjoy the company of men in uniform. And despite her vagabond habits, she returns every day to the policemen who shelter her. 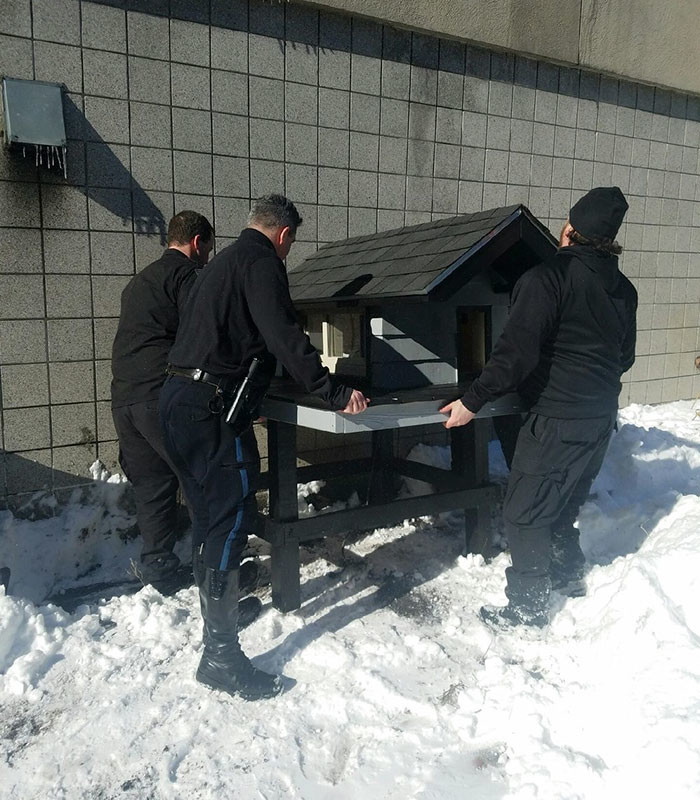 The cat was named SWAT Cat.

The policemen tried to persuade her to move under the roof for a long time, and, in the end, they built her own house!

“We tried for a long time to persuade her to move to a room where she would not be afraid of the riot of the elements,” says a representative of the Boston police special forces detachment. “But she is a tramp by nature, and she is used to living in her own way.” 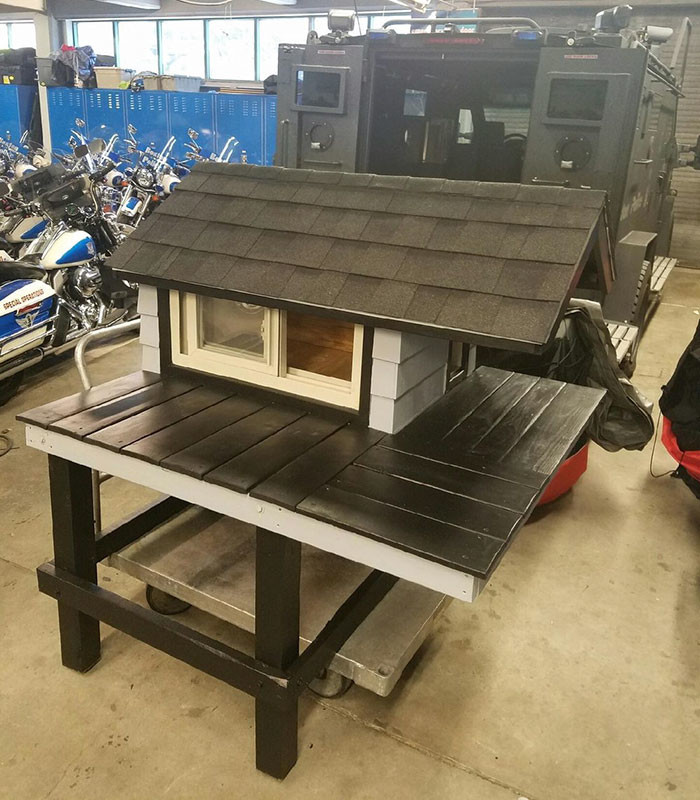 Realizing that the cat could not be persuaded to move under the roof, the police decided to build a house for her that would fit her street lifestyle.

Police officer Jamie Petrovski, a Special Forces veteran who served 15 years in the squad, stayed at work late into the night for several days, making a house worthy of a special forces mascot.

The house turned out just gorgeous. 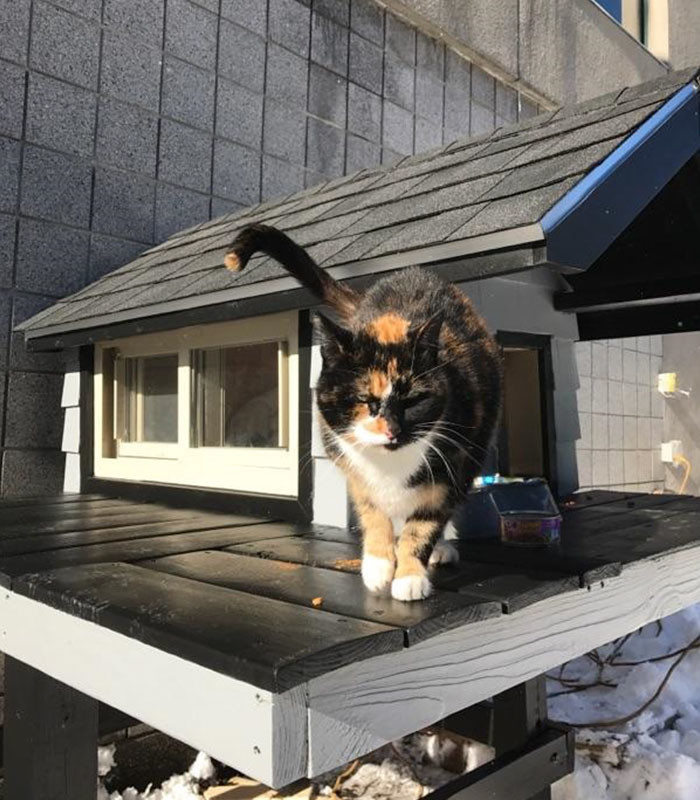 Spacious living area, large veranda for dining – and, of course, a great view of the squad’s location.

The cat quickly settled into her new home, and judging by her contented appearance, she liked it!

To the thrill of conservationists, six Komodo dragons eggs hatched for the very first time at the Bronx Zoo
Interesting News
0 240

Two hikers were left astonished after they were followed to the top of a 10,000 ft mountain by a lost cat
Animals
0 446