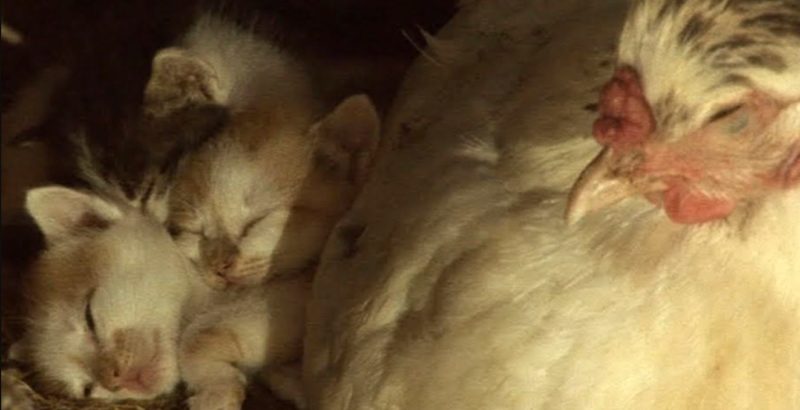 A few years ago, a chicken “raised” a street cat.

Over time, the cat grew up and left, but then returned again and brought her kittens to the same chicken – everything that happened was filmed by a camera installed in the yard. 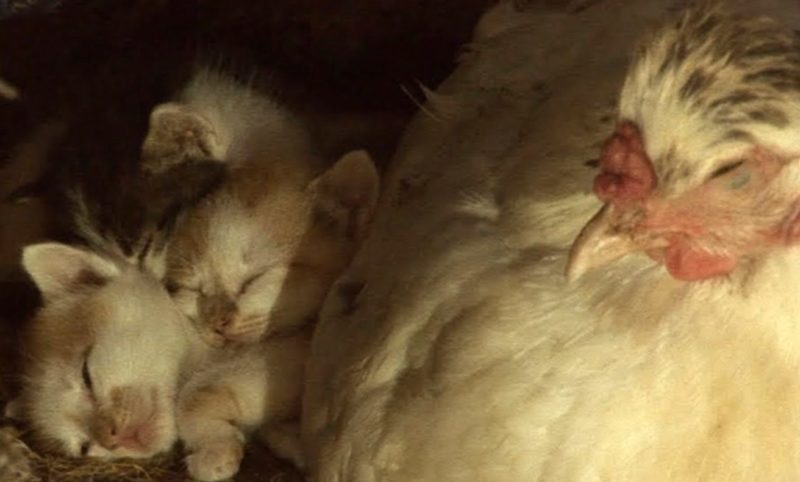 The story about the cat was told to the press by the owner of a small farm, in whose yard there was a chicken coop.

One morning, the man saw movement there and decided that chicks had appeared.

But instead of chicks, to his surprise, he saw small kittens inside, about 20 days old.

At first, the man could not understand how they got there. And then he remembered the story of the stray cat. 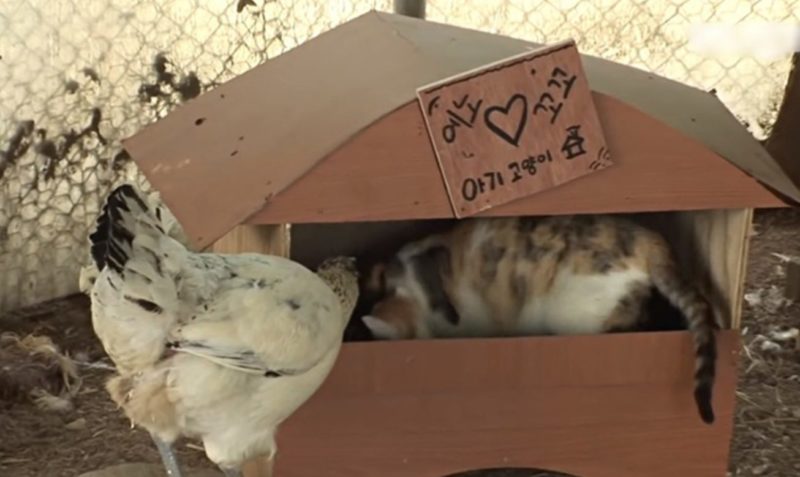 “It took me a little while before I remembered. About two years ago, a very small cat got into the habit of running into the yard. She constantly slept in the chicken coop. It seems that the chicken house seemed safe enough to her,” – said Brian, the owner of the farm.

The chicken herself seemed happy to take care of the kittens. The cat leaves them for almost the whole day, while she goes hunting.

However, the rest of the inhabitants of the chicken coop were not happy with such a neighborhood and stopped laying eggs. 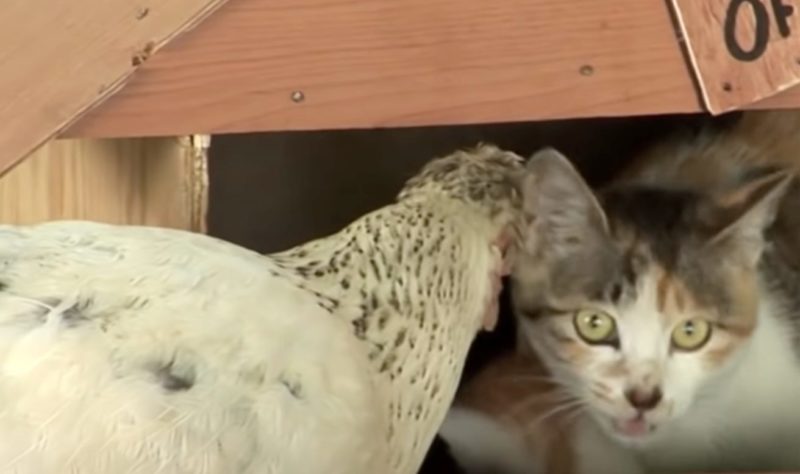 “I had to build a separate house for the cat. She quickly moved and now just sometimes comes to visit the chicken,” – the farmer explained.

The cat does not perceive the inhabitants of the chicken coop as prey at all. Most likely, her kittens, accustomed to growing up among birds, will do the same.

And here are the recordings from the cameras, where the entire “family” is assembled.

At the wedding, the woman finds out that her son’s bride is her daughter who disappeared 20 years ago
Interesting News
0 179