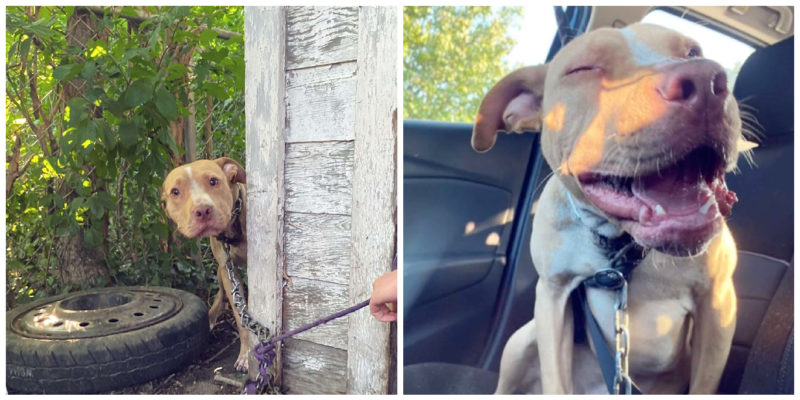 It is unknown how long the adorable half-breed pit bull sat in the backyard of the house in Detroit: days or weeks.

The owner was away, and someone, deciding that the house was abandoned, brought his dog to the backyard and put him on a chain.

When he was found, the dog was exhausted and almost lost his faith in people. The find was made by the owner of the house when he returned from vacation.

He was shocked and immediately dialed the local dog shelter, Rebel Dogs Detroit.

A volunteer named Tiffany knew only that a chained pit bull was waiting for her and was ready for any turn of events.

But as soon as she saw the dog, her heart melted. 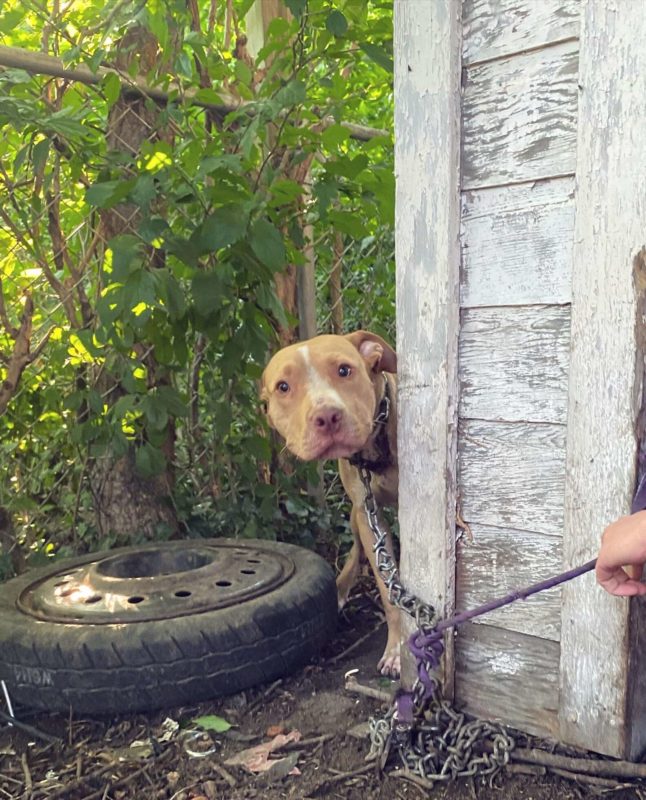 “A very terrible fighting dog” was desperately shy and hid behind the garage.

As Tiffany approached, the dog began to wag its tail so vigorously that it seemed about to break away from the emaciated canine body.

He clearly begged to be stroked; when the girl touched his forehead, he calmed down and froze.

The unhappy animal seemed to be feeling better – after all, the volunteer gave him hope. 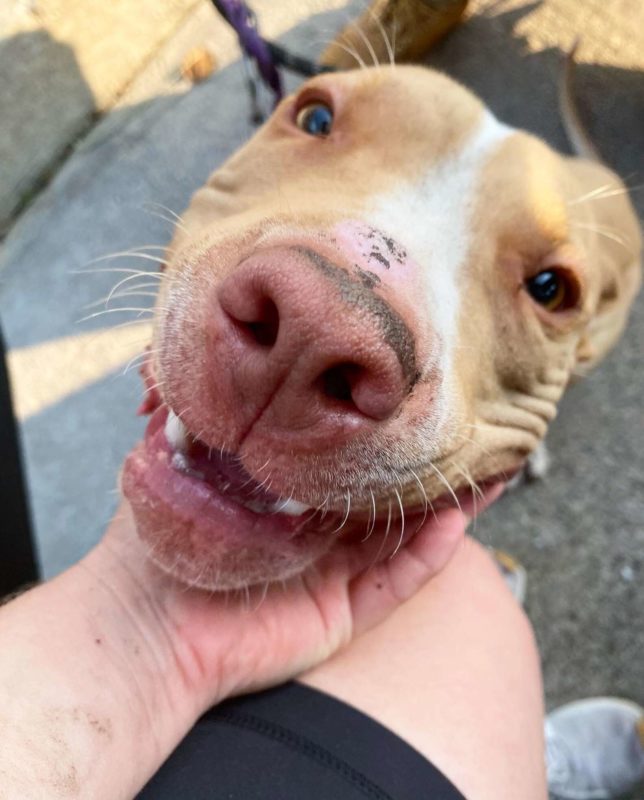 As soon as he realized that he was no longer in danger, the dog relaxed and went limp.

He immediately decided that the girl would become his new best friend.

As soon as the savior unfastened the chain, the dog, who was named Beaker, fell to the ground, exposing his stomach. He licked the girl’s hands and smiled with full teeth.

Unfortunately, Beaker was not yet completely free. The collar of the chain cut deep into his neck, so that the intervention of a surgeon was required. 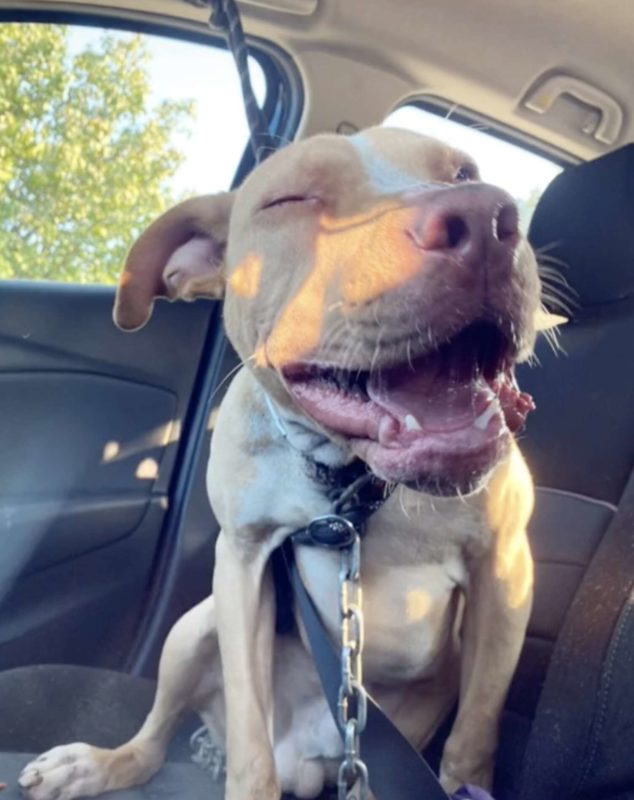 There was a long queue at the veterinary clinic. And he and Tiffany had to sit in the car under the doors of the emergency room for five hours.

All this time, Tiffany stroked him, hugged and soothed him, guarded his sleep. And the pit bull appreciated this gesture of care.

All he wanted was to be loved, and his wish came true; now Beaker just couldn’t stop smiling. 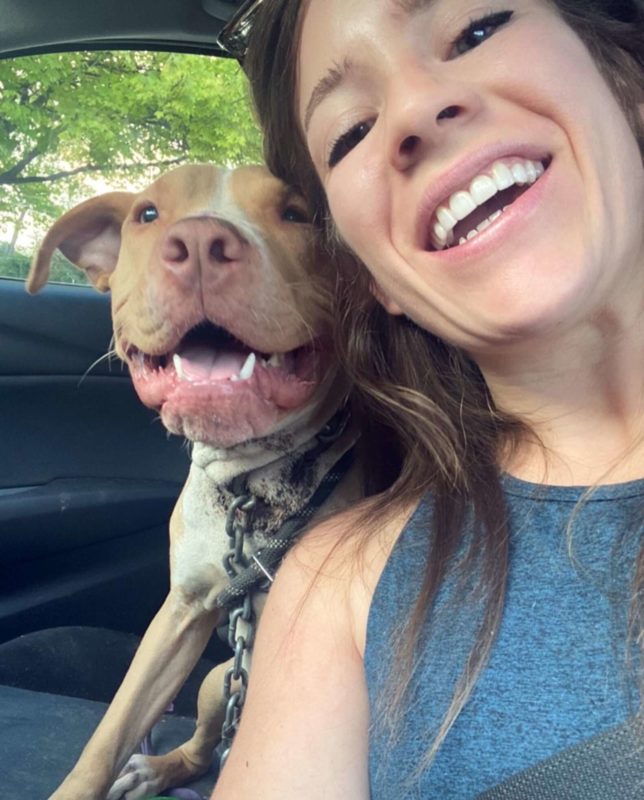 He steadfastly underwent the operation, and after it he went to his temporary house.

Now, by its appearance, you will never guess what the dog had to endure. It seems that there is no happier dog in all of Detroit.

He is already ready to move to a new home, where he will certainly be loved. After all, no one can resist such a gorgeous smile.

The dog comes to the police station to turn himself in, as he is a criminal, but his owner does not know about it yet
Animals
0 245

Hilarious moment: a baby hippo yelled out for help after a flock of birds tried to hitch a ride on its back
Animals
0 206
Our Top Posts