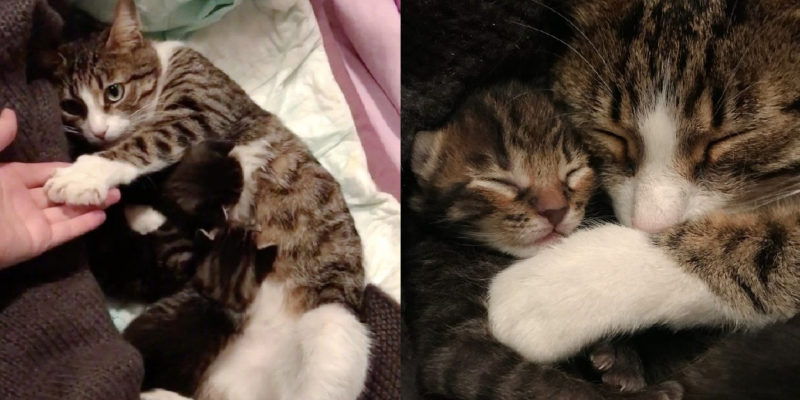 Stray cat with newborn kittens got into a difficult situation. It’s good that she met a kind woman who offered food and shelter! 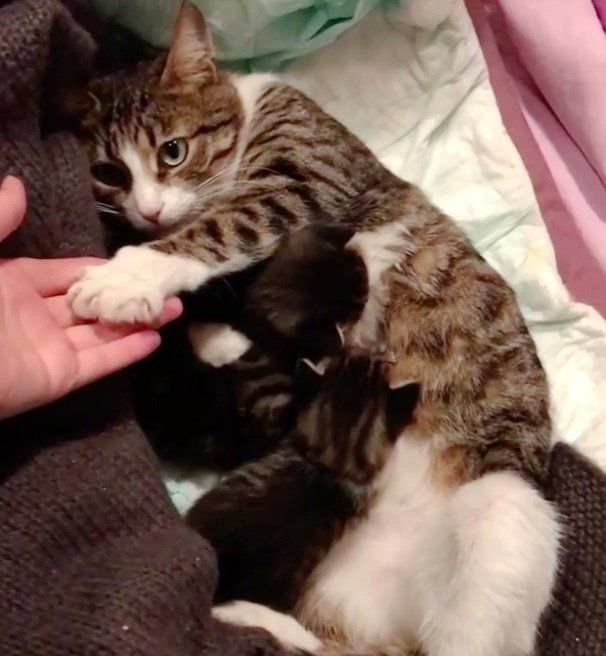 A tabby cat wandered into someone’s apartment in Istanbul, Turkey and gave birth to three kittens there.

But the residents soon discovered the furry neighbors and hurried to get rid of them.

The cat family was out in the street. And then Ahsen found them.

“The mother and kittens were kicked out of that apartment, but I took them to my home. I gave the cat the name Zümrüt (emerald), in honor of her beautiful emerald eyes,” says the woman. 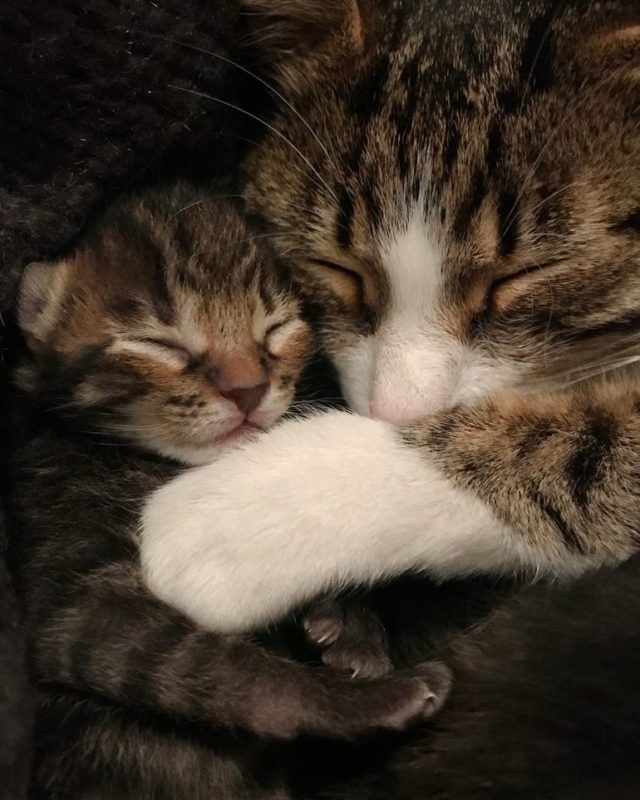 Zümrüt immediately began to feed and lick the babies as soon as she lay down on her new bed, covered with warm blankets.

She was so attached to the kittens that she did not even want to get up to eat.

Therefore, Ahsen fed her directly from her hands.

After that, the timid cat began to trust her human.

She purred loudly and stamped her paws whenever Ahsen came up to feed her or pet her. “Zümrüt was very grateful,” the woman recalls.

When the kittens were old enough, Ahsen quickly found good homes for them.

However, there were no people who wanted to take the mother.

“Everyone liked her, but no one could offer her a home.”

“Over time, she became more confident in herself. She is very devoted, loves to keep me company and sleeps with me at night,” says Ahsen. 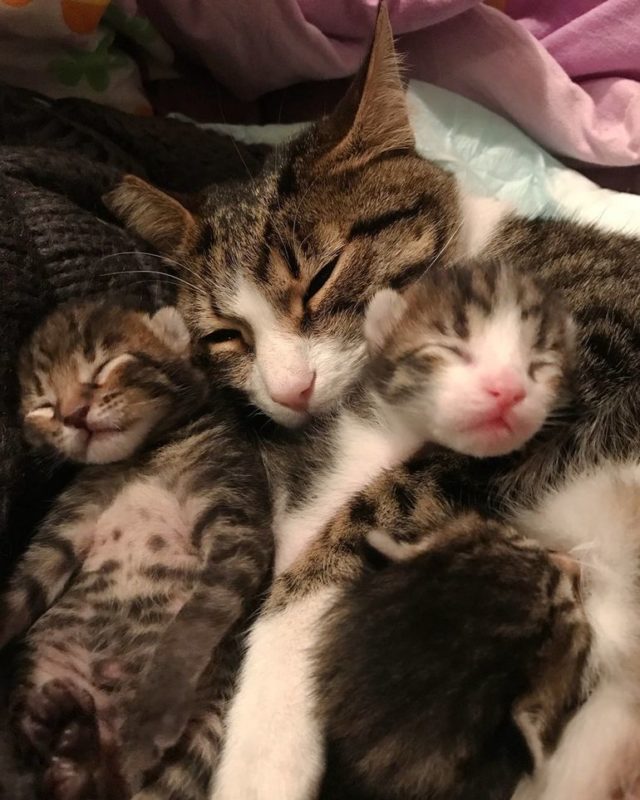 Zümrüt meets her mom at the door when she returns home and hugs her whenever it’s time to take a nap.

A cute tabby cat has found the key to her owner’s heart.

“She loves me very much. She feels at home with me.”

Ahsen gave a breastfeeding mother cat an invaluable chance to raise her kittens safely. Zümrüt thanked the woman with her attention and love.

“I have known several special cats in my life, and Zümrüt is one of them.”

Meet Scrappy, the dazzling marbled cat in a unique coat with an extraordinary pattern you’ve never seen before
Animals
0 271

People have built houses on the bridge and live on it as if it were an ordinary city street: see the video
Interesting News
0 148

The tallest man in the world became a dad: everyone wonders what the man’s son looks like
Interesting News
0 79