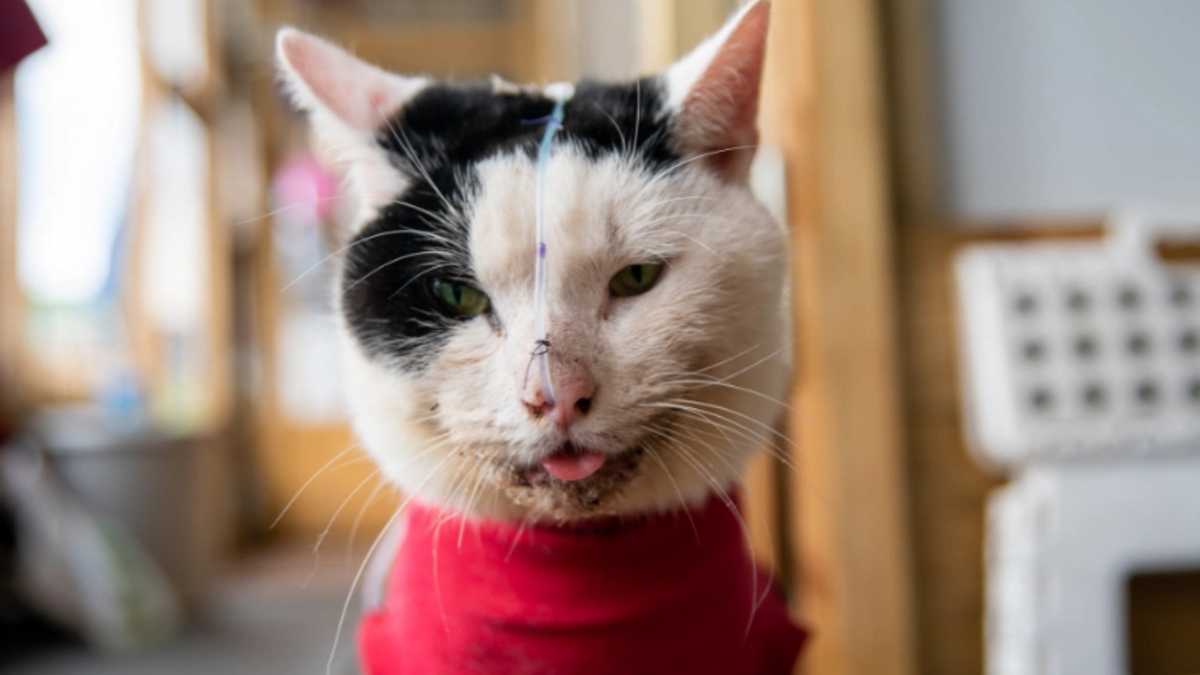 In the UK, a cat fell from a 5th floor window.

He was seriously injured, but together with the veterinarians he is fighting for his life and is on the mend. 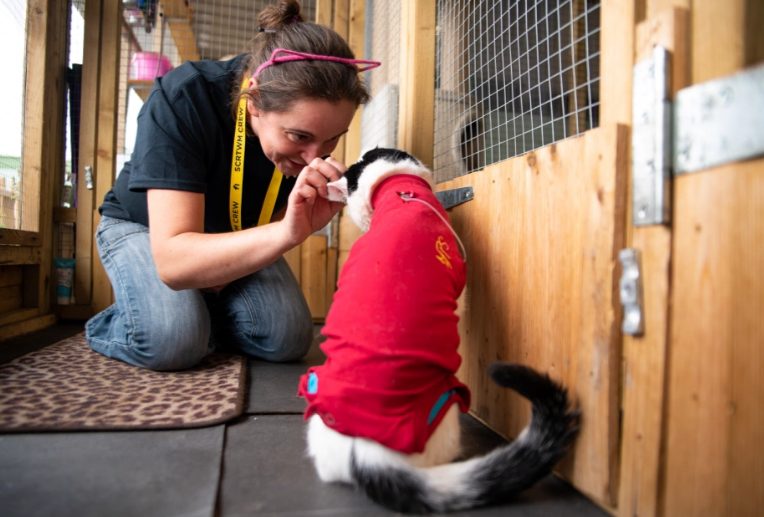 Edward the cat fell from the 5th floor of the house, flying over 50 feet.

Volunteers shared his incredible rescue story with the media.

A two-year-old cat fell out of an apartment window in Bloxwich. However, it is not known exactly how this happened.

The injured and shocked cat was found by passers-by who took him to the rescue center.

The veterinarians found that the cat’s paws and jaw were broken, the skull was fractured in several places.

“How he survived such a hard fall, I don’t know. He was in a very bad condition, but we always try to give the cats a chance – we didn’t know if he could do it, but he’s doing well,” – said the founder of the rescue center Lucy Strickland.

The volunteer said: “Edward is an absolutely fantastic character and has become very popular with the staff. The cat loves to be stroked, he shows a lot of tenderness and affection even to those he does not know.” 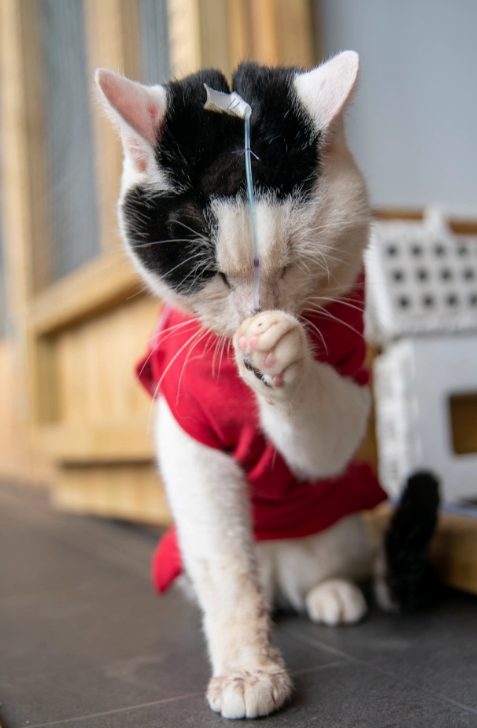 Edward is still tube-fed and will have a complicated jaw surgery in the future.

The cat escaped thanks to the reflex of landing on its paws. Veterinarians explain that due to their anatomy, cats can withstand such falls. They are mobile, with flexible backbones, and their paws can act as shock absorbers.

The family “arrested” the cat who stole food from the table, here is the moment of detention
Interesting News
0 333

The 4-year-old introvert dog prefers to stay away from everyone, sitting on a barstool like a human and judging her fellow dogs
Animals
0 372

When the beloved street cat died, the locals immortalized her memory by erecting her statue in her favorite spot
Interesting News
0 246