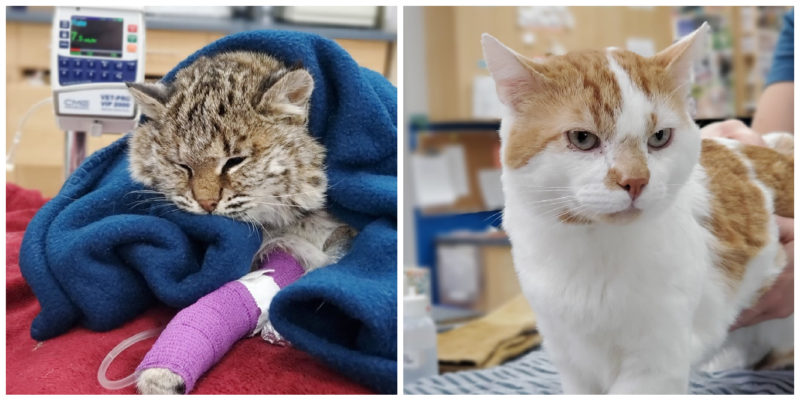 The lynx kitten was taken to the Douglas Animal Hospital in critical condition.

The predator was found late at night in the barn, and no one knew how long she was there. 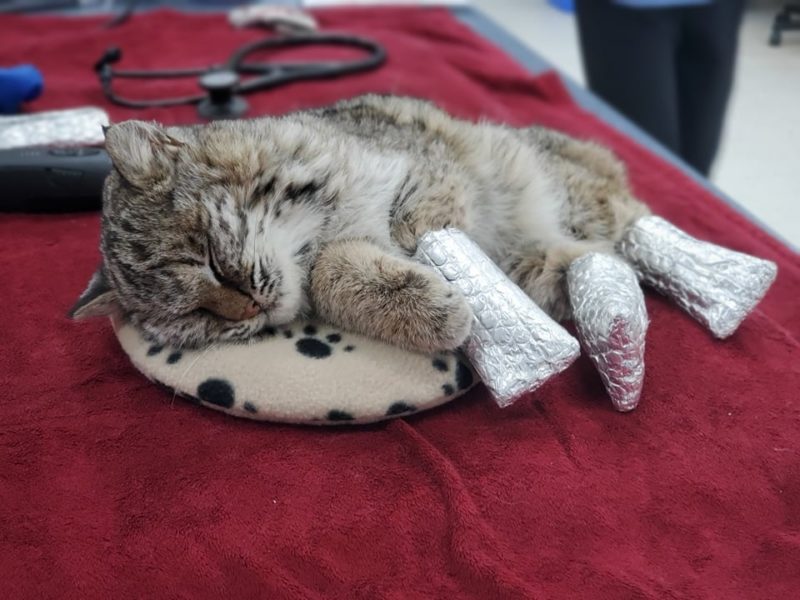 The lynx began to have convulsions, and the body temperature was so low that the thermometer did not show it.

They tried to warm the little lynx, weighing only 1.5 kilograms, with a heater.

The kitten survived the night, but was still in critical condition the next day, and the clinic decided to give him a blood transfusion. 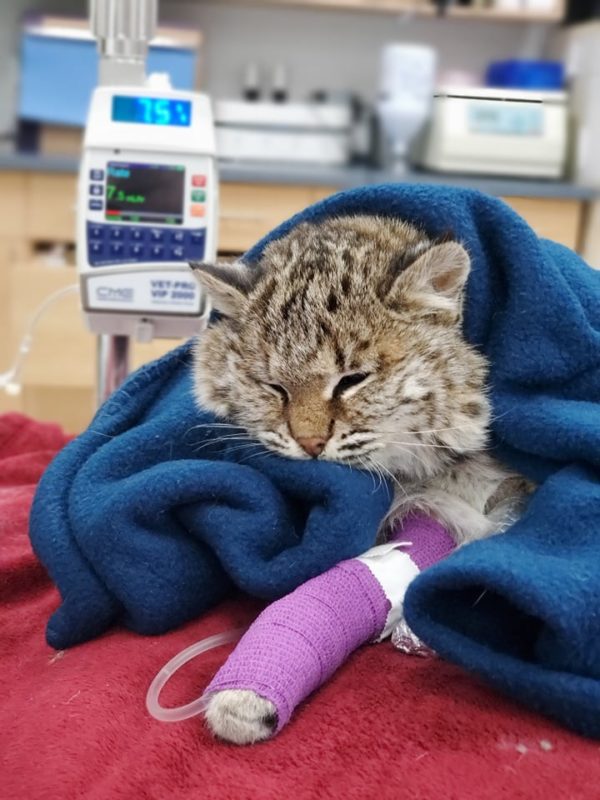 The doctors contacted a local shelter, which provided their ward, a cat named Smuckers, for the procedure.

He underwent a quick examination, and it turned out that the cat is the ideal donor for the lynx.

A nurse named Courtney, who was next to the lynx during the blood transfusion, said that the cat endured the procedure calmly.

All this time, doctors monitored the vital signs of the predator on monitors in order to recognize signs of rejection of the biomaterial in time.

Fortunately, nothing of the sort happened. She underwent intensive drug therapy, was fed through a tube, and by the end of the week the predator was on the mend. 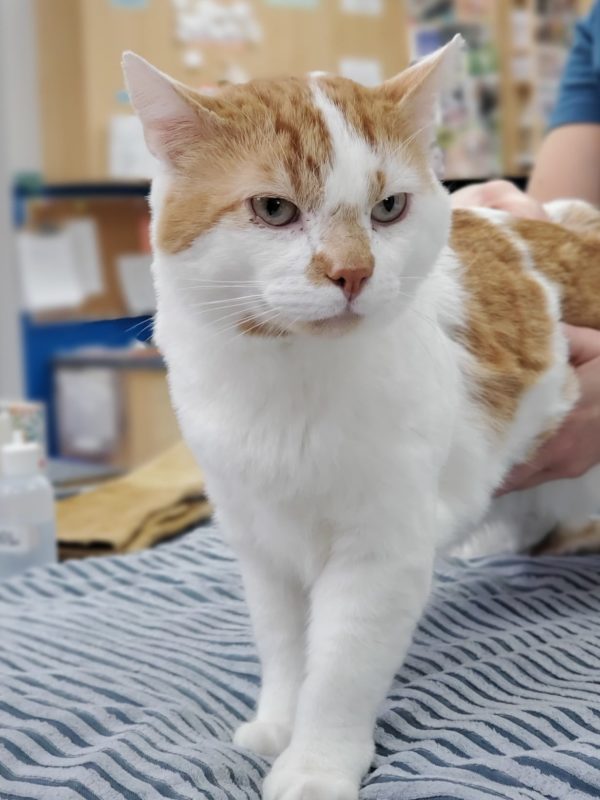 “Now the main thing is that the work of all systems is restored without any internal damage. She is still too weak to eat or drink, but we are helping her,” said the Atlantic Wildlife Institute charity.

Doctors are pleased with the way the process is going, and call the ward a “real fighter.”

The clinic hopes that she will recover soon and be able to return to her natural habitat. 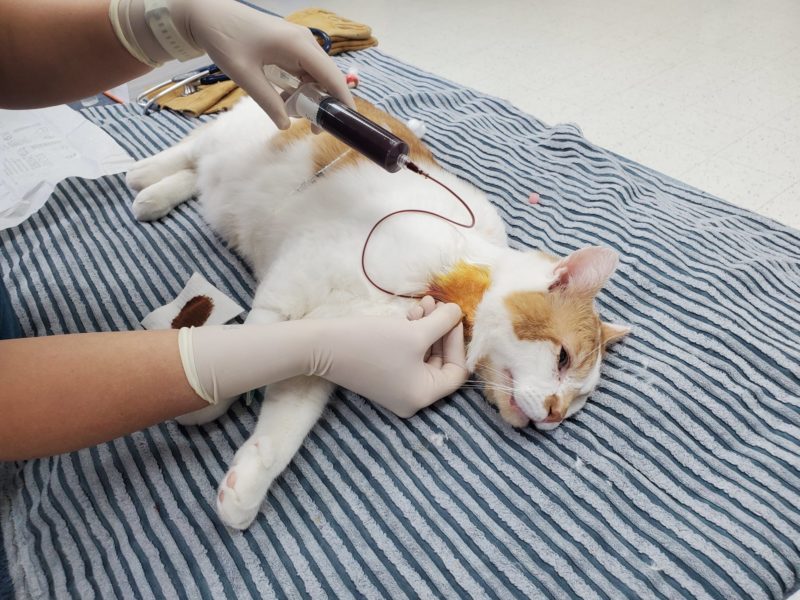 As for Smuckers, his sacrifice has not gone unnoticed.

His heroic deed was known in the city, and, according to the Fredericton SPCA shelter, an owner was found for the cat.

Very soon Smuckers will go to a new home.

When the foal named Tye was nine days old, he lost his mother, but immediately found a very special friend
Animals
0 433