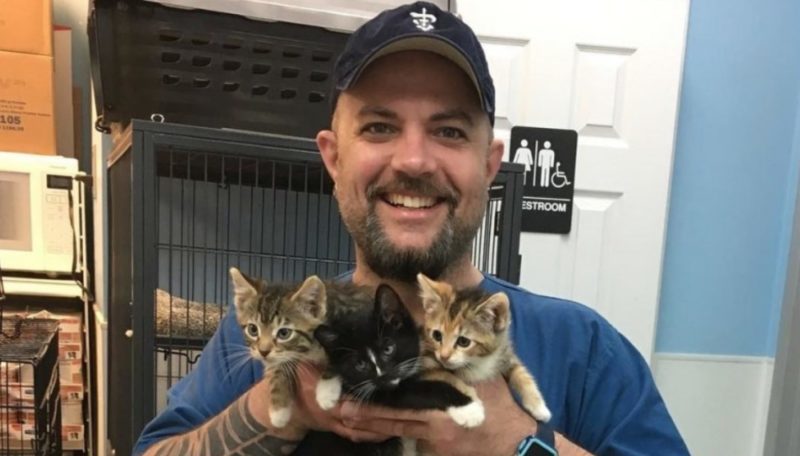 This man’s name is Gill, but everyone just calls him cat guy, because he probably has the most enjoyable job in the world – taking care of cats and hugging them. 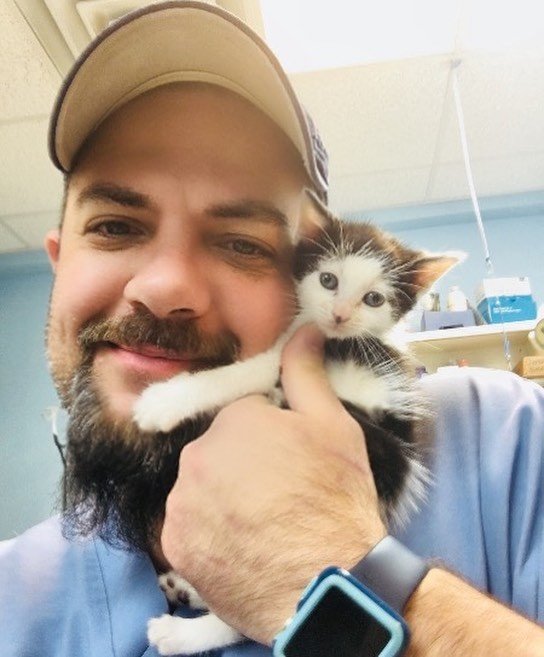 By profession, Gill Nanes is a veterinarian, and he simply loves animals, especially cats.

By the end of college, he realized that his vocation was exclusively in cats, with these animals Gill managed to find a special contact. 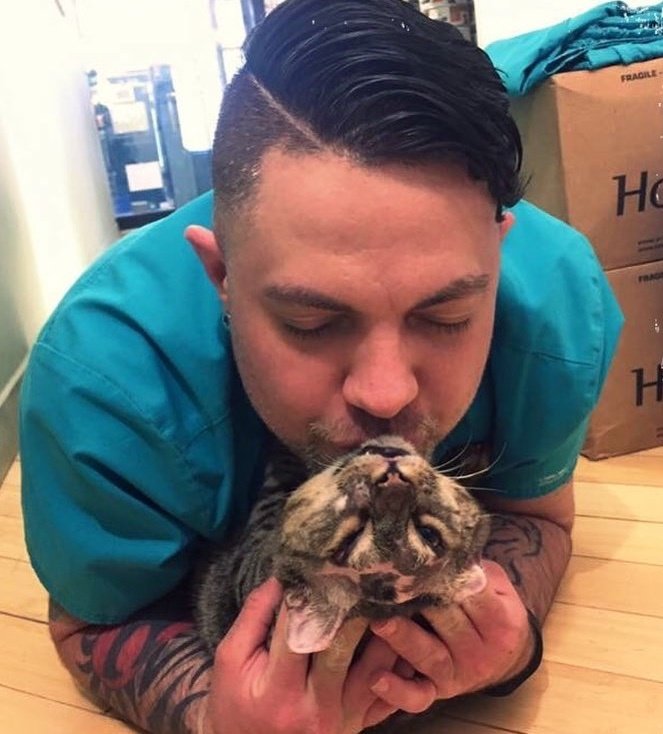 Gill not only treats cats, but also takes home those who especially sunk into his soul. Now he has 14 cats and four dogs at home. 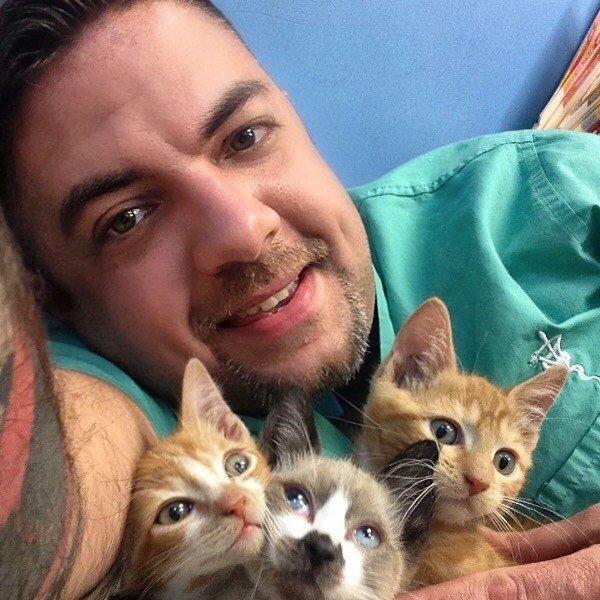 On his Instagram, Gill posts a lot of photos from work, as well as photos of his pets.

“The best part of being a veterinarian is not just rescuing animals, but seeing the animal begin to recover after all your hard work.”

The cats living in Gill’s house were not just found on the street, but saved from euthanasia. 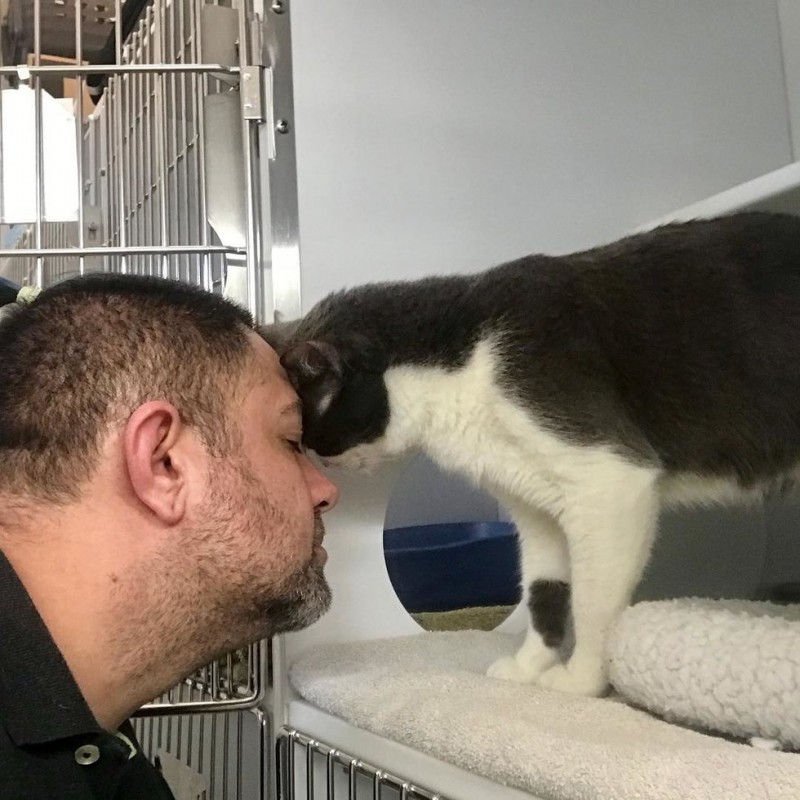 In city shelters, they were considered unpromising in their plans to find new families for them, since most of them were terminally ill or crippled.

Gill saved their lives by taking them in with him. 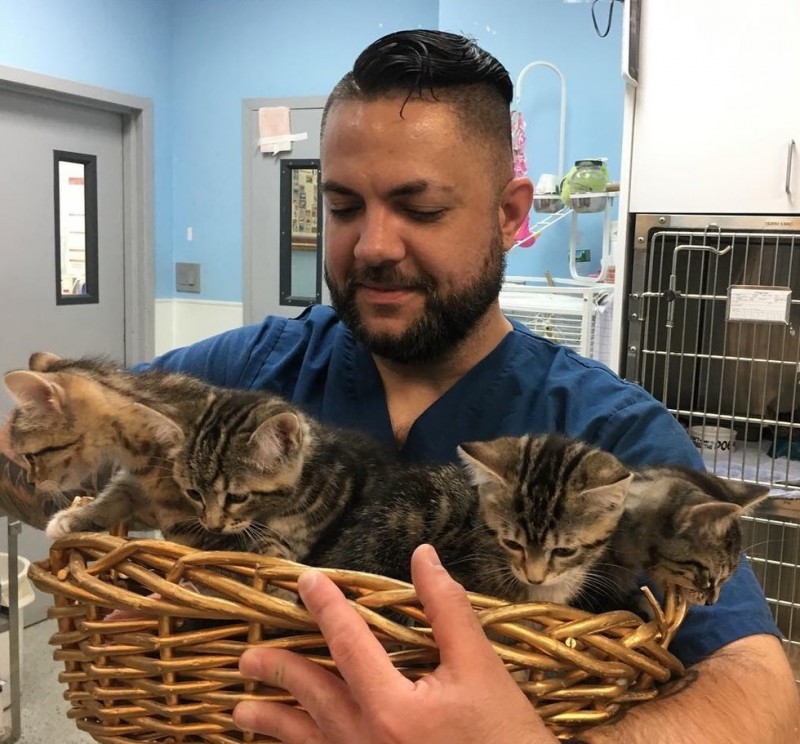 Gill spends a lot of time hugging and interacting with cats. He believes that they need it in the same way as care and medicine.

“I just love it when a recovering cat starts rubbing his head against my face, as if saying “Thank you” to me. For me, this is the best reward,” says Gill.

Girl did not comb her hair for a very long time and hairdresser spent 13 hours to save her hair, see the reason
Interesting News
0 63

Meet the “cosmic” eyes: the blind cat from Canada became famous for the peculiarity of his appearance
Animals
0 175