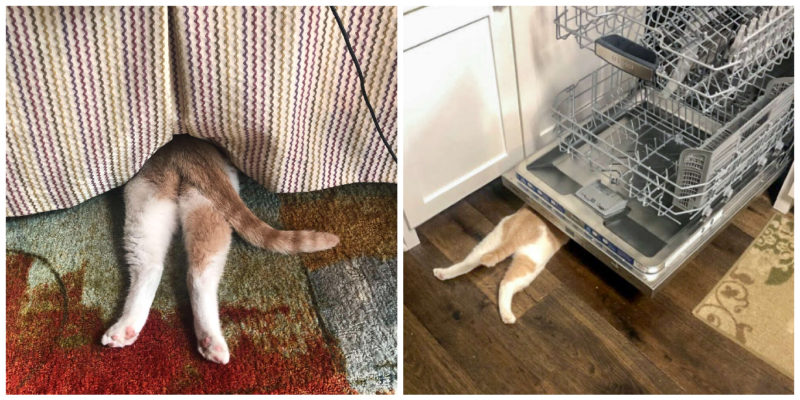 The cat named Keanu has an interesting “hobby” – he loves to be alone and hide in all the places where he fits. 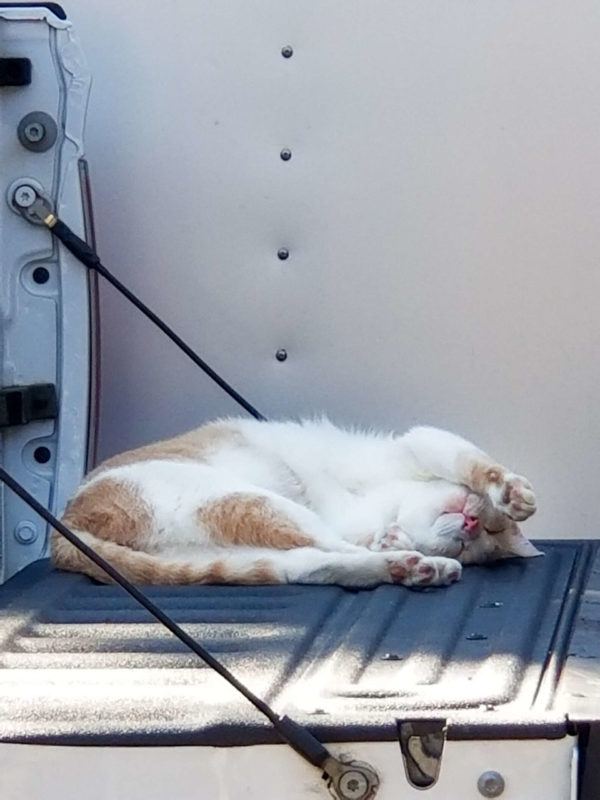 But the cat does not take into account one detail – he thinks that no one sees him, but in fact he is very mistaken.

When Keanu was still a kitten, he was found in an industrial warehouse. One of the employees decided to take the cat with her and give him a house.

So Keanu got an owner! 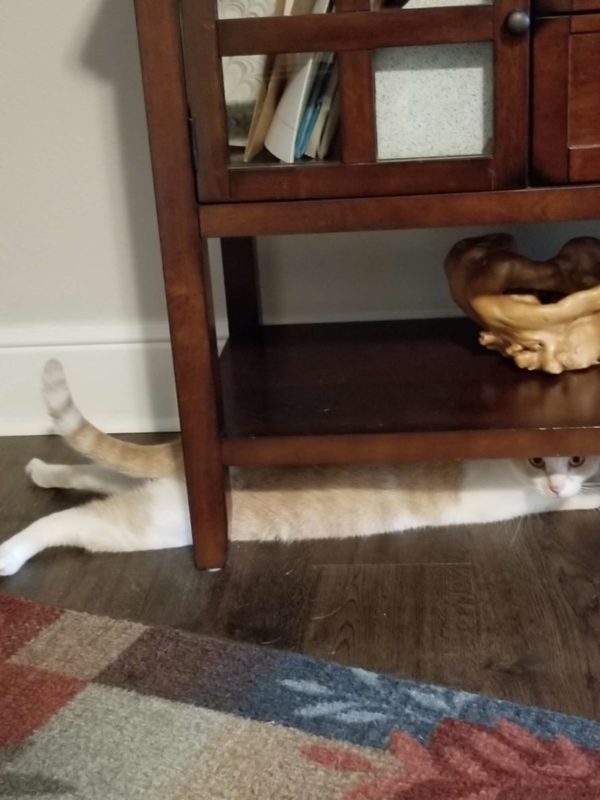 Since then, the cat enjoys life next to loving people and a dog friend. Although he is very humble with new people, he opens up pretty quickly and is happy to chat.

Despite his friendly nature, Keanu sometimes loves to be alone, and to watch what is happening around.

And also, he often hides – in all places where he can crawl.

Hiding everywhere has already become a hobby for Keanu, however, the cat does not know about one small detail. Every time he hides, he is sure that no one sees him.

“Keanu really thinks no one sees him. We even call him – he usually responds with a meow, but when he “hides” – no. Even if we touch his paw to show that we see him, he will not move,” says the owner. 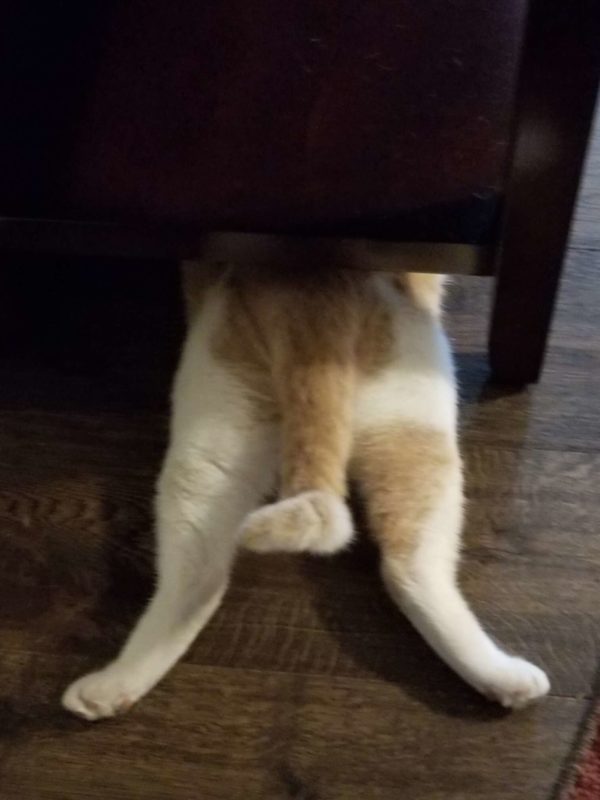 Despite this eccentricity, the owners understand that this is a unique feature of Keanu.

Whenever he wants to hide from the whole world, they know – soon he will come out and will again ask for affection. It is such a funny habit!