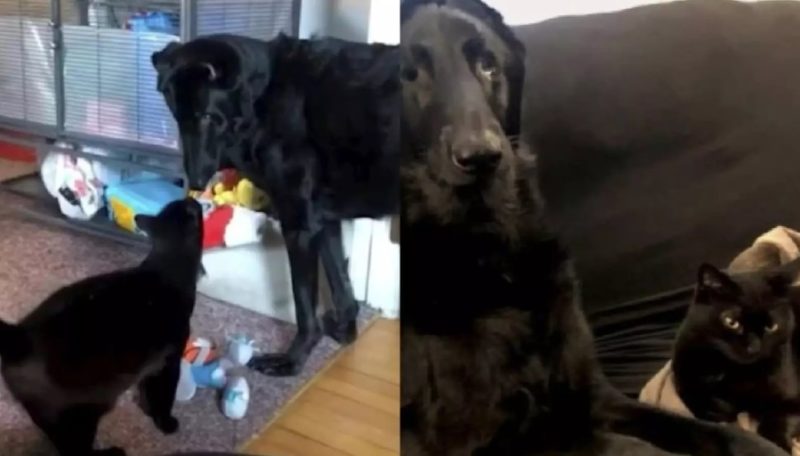 28-year-old Robin Wagner from Burlington adopted an adult dog named Blaze from a shelter in 2019. And already at the first veterinary examination, the doctors discovered that the dog had vision problems.

Just a year later, he became blind in one eye and became very restless. 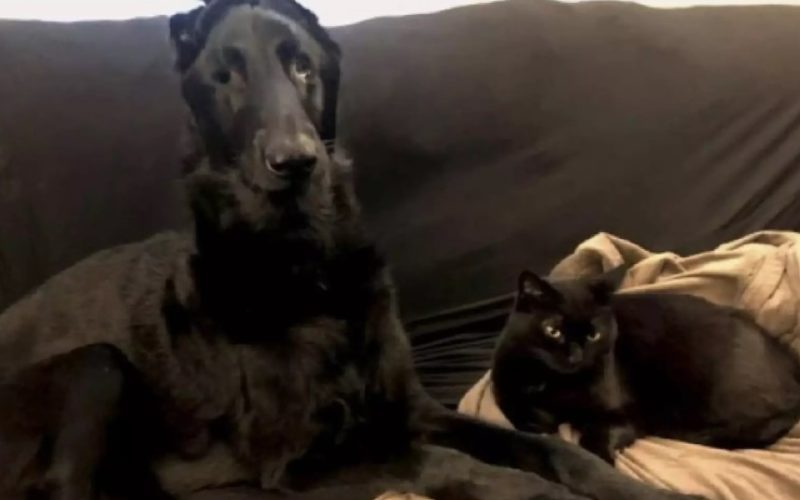 “Blindness was a huge shock to Blaze and caused great anxiety. He became very restless, nervous and unsure of himself.” Robin said.

It would have been very difficult for Blaze to cope with the loss of vision if it were not for his furry sister Satin. At first, she was very angry because the visually impaired dog often stepped on her. But then she decided to help him.

Using her own voice, the cat has learned to guide the dog so that he doesn’t trip, crash into walls, or step on other animals in the house.

Satin and Blaze began to communicate more and more often. And their owner realized that the cat had become a guide for her blind brother.

“Every time Blaze comes up to Satin, she meows. Then he stops and redirects himself”, Robin explains.

Robin believes that close contact with the cat not only helped Blaze cope with an unexpected problem for him, but also made him feel less alone. 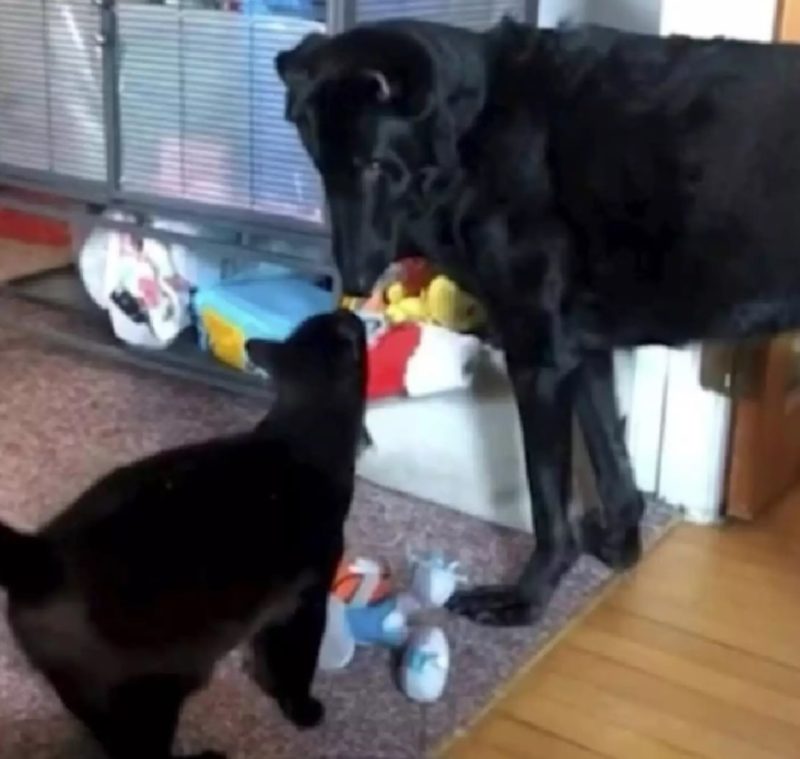 “I think Blaze’s illness led to him and Satin getting closer. They used to look more like two ships passing by each other, but now everything has changed. Although Satin is not the most affectionate and pleasant of our cats, she loves Blaze very much, which is wonderful.” the owner says.

The sisters pretended to be boys for four years to earn money for the family: see why
Interesting News
0 42