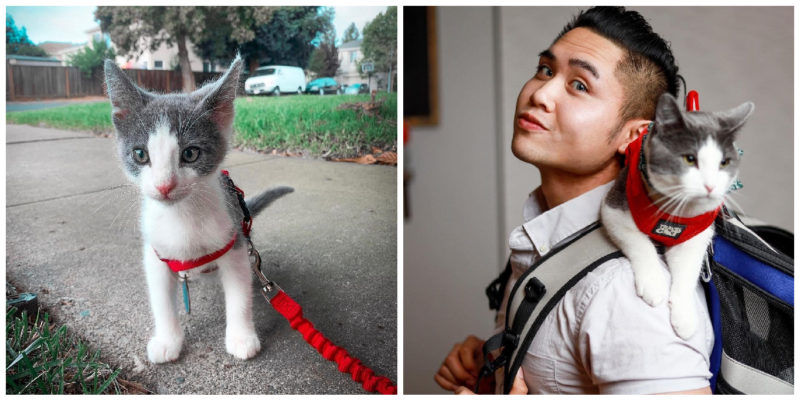 But sometimes they accidentally become the owners of homeless creatures that ended up on the street. 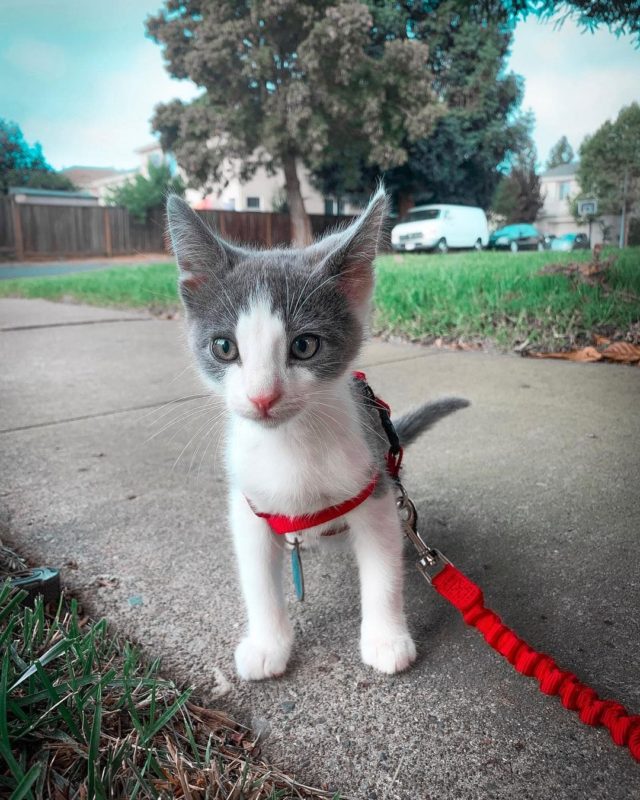 A young man named Joe never imagined that one day he would have a kitten.

Moreover, that it will be a four-legged little tramp who will simply follow him while walking.

In fact, Joe has never been a big cat lover.

That day, Joe took his dog Belle for a walk. The friends were walking calmly when suddenly the guy noticed the kitten. The kid squeaked desperately, catching up with Joe.

He was tiny, gray-white, hungry and lonely. The baby was looking for support and help, so he ran after Joe, not even scared of the dog.

Moreover, he caught up with the young man’s pet, not wanting to lag behind.

Apparently, with some inner instinct, the poor thing realized that this guy would not pass by and would definitely lend a helping hand to the kitten.

And so it happened… 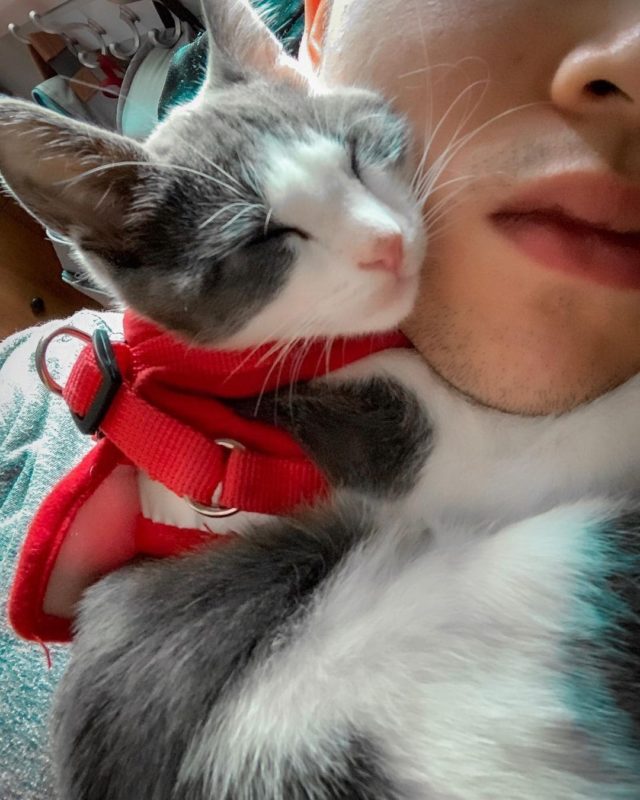 At that time, according to Joe, he was experiencing acute depression. And there were many stressful situations in his life.

In fact, he, like a tiny kitten, needed warmth, and the hero of the story decided to take the baby from the street.

At home, he wrapped the kitten in a warm blanket, fed it, and a little later showed it to Belle so that the dog met a new member of the family.

Joe had no doubts that the kitten would now live with them. 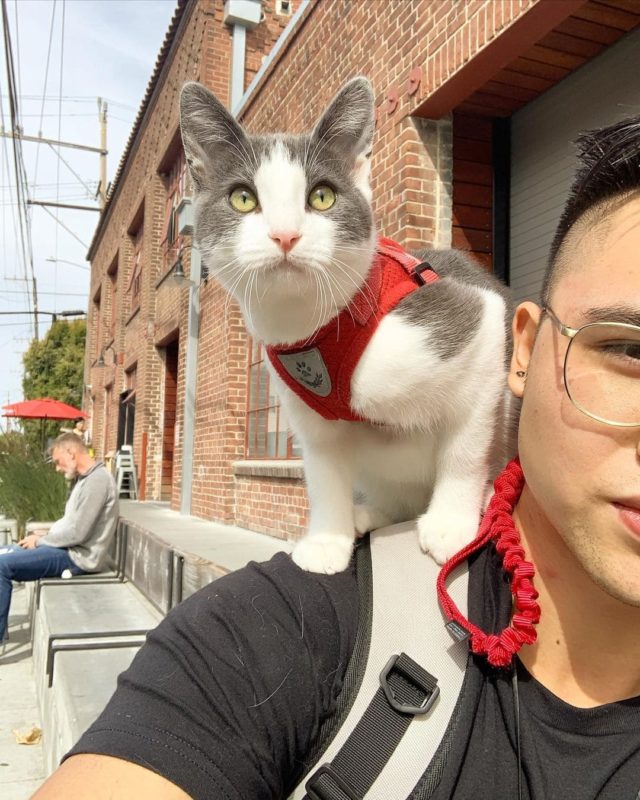 Joe named the kitten Leo and began to take it with him everywhere.

The young man admitted that he would not want the baby to feel lonely again, staying at home without an owner.

That is why, wherever Joe went, little Leo was next to him.

Friends went everywhere together and soon became famous. Indeed, every passer-by wanted to stroke Joe’s adorable four-legged companion, and the cat did not mind everyone’s attention.

The girl had to take a risk to save the life of a kitten: she pulled him out from under the wheel of a garbage truck
Interesting News
0 16