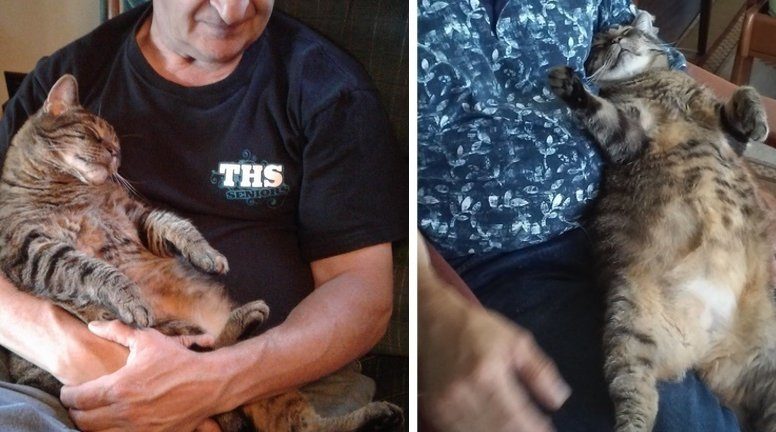 Ten years ago, Finis Linderman saved a homeless kitten and named him Tigger.

The girl brought the baby home, fed him and decided to keep him forever. 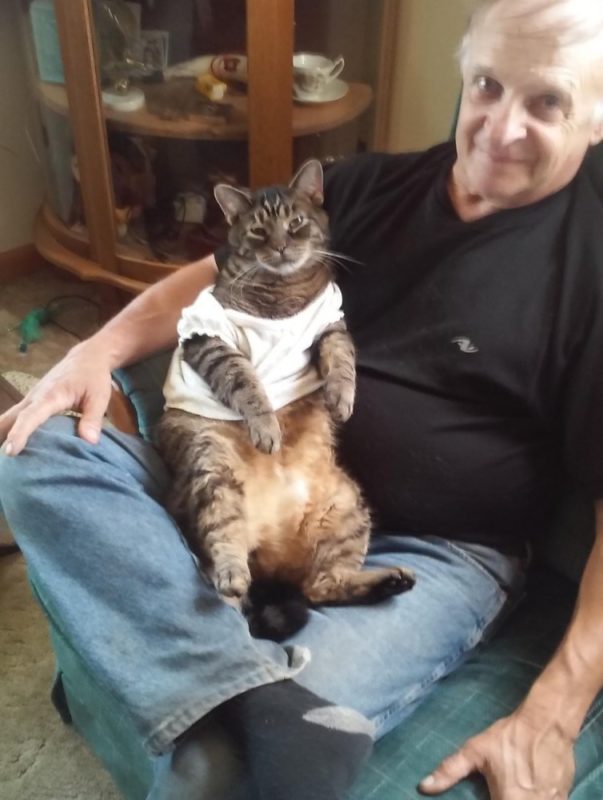 A few months later, she moved, and Tigger stayed with her father, who at that time worked in a contracting organization.

The tabby cat did not want to part with the man who became his full-fledged foster parent.

“I leave for work by 8 am. At about 7:30, Tigger climbs into my lap, sits comfortably and begins to purr loudly. It seems that he understands everything and experiences the same emotions as me,” says John Linderman, the owner of the animal. 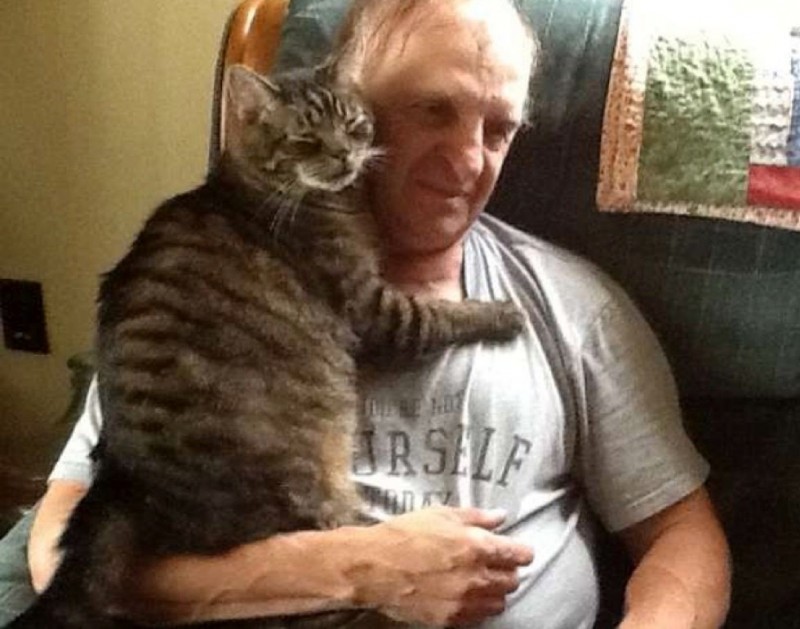 When the man comes home at lunchtime, Tigger is already waiting on the doorstep to greet him. After John warms up his food and eats, the cat again jumps on the man’s lap, stretches out his paws and hugs him.

Sometimes the cat nestles so comfortably on John’s lap that he falls asleep sweetly and starts to sniff loudly.

Afraid to disturb him, the man patiently waits for the pet to wake up, and then he can go to work.

“When I found Tigger under the wheel of a truck in the parking lot, he was only five weeks old. I had to bottle-feed the baby. As soon as the kitten got used to me, I introduced him to my father. Since then, they have not parted!” Finis smiles. 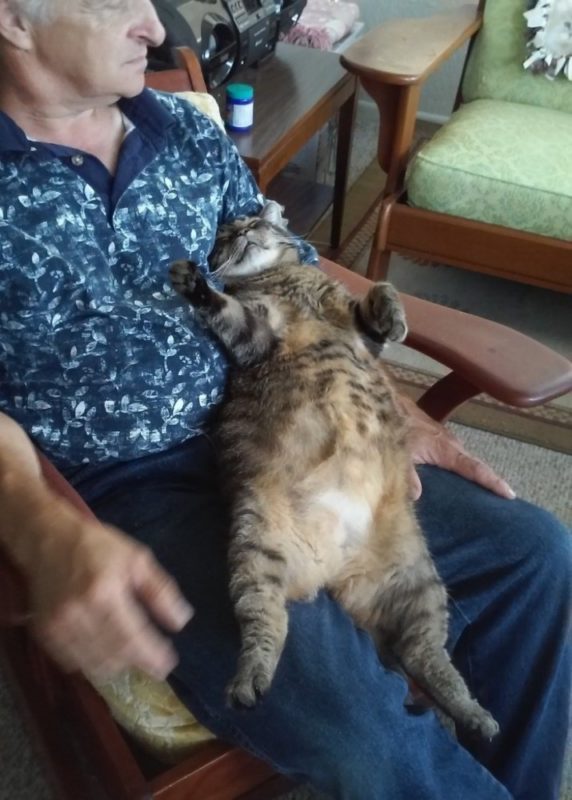 Tigger follows John around the house. They are absolutely inseparable!

“Two years ago, my father went to Denver on a business trip. He returned only two weeks later. Tigger was extremely anxious all this time. From that moment, dad decided to take the cat with him on all trips. He would sit in his arms all day,” the girl says. 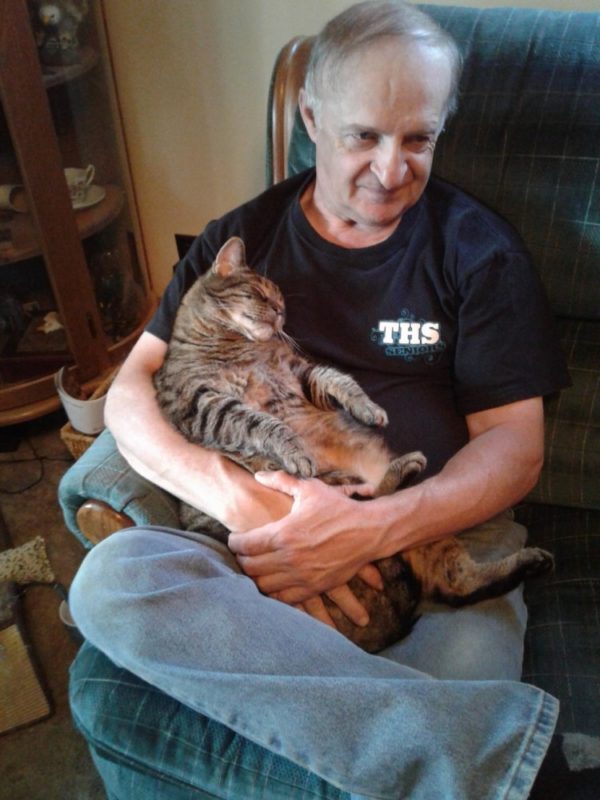 An abandoned kitten, left without maternal support, has found a home and a beloved foster father.

Tigger is a real lucky guy who happened to be in the right place at the right time, where Finis found him!

The couple wanted all the eight dogs they rescued to sleep on the bed with them, so they built a giant bed
Animals
0 239

The dog lived on the street and now has almost half a million followers: the story of a food blogger dog
Animals
0 271
Our Top Posts