Before the ginger cat entered the life of this 94-year-old Japanese man, the old man’s world was gray and bleak.

According to his family, they have not seen a smile on his face for a long time. But recently everything has changed. 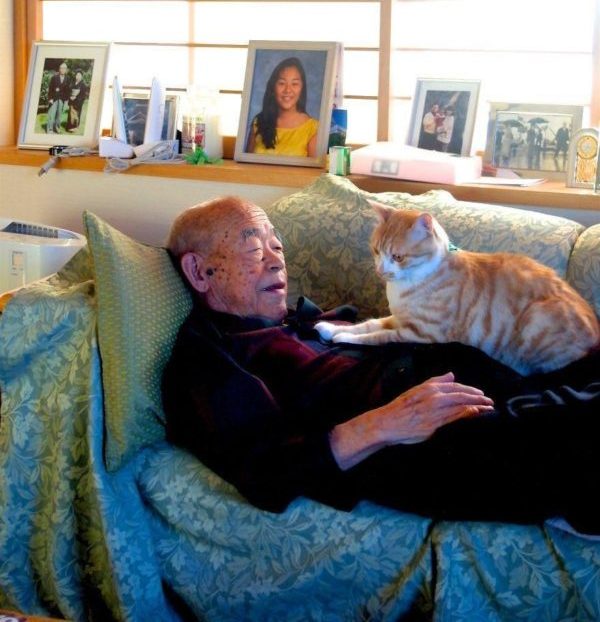 Meet the elderly Japanese Jiji and the ginger cat Kinako.

Jiji devoted his whole life to work and for 64 years has not missed a single day of work, staying at work even when he should have retired due to his age.

All this greatly overworked his body and in 2009 Gigi ended up in the hospital. 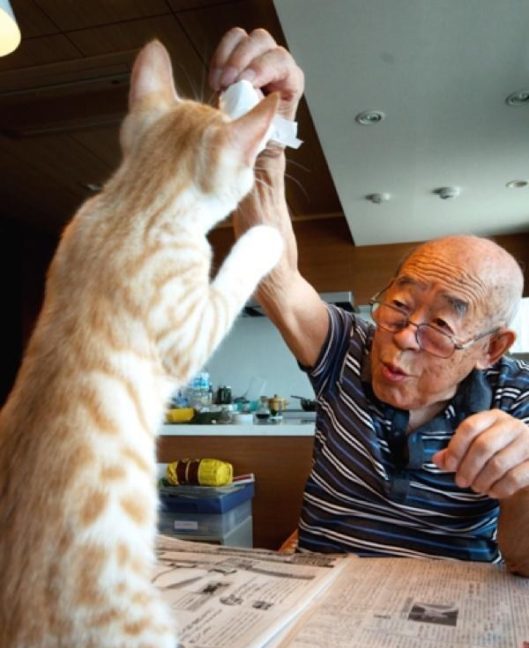 The doctor said he was very ill.

“Once he was a very active person, but now he has lost the will to live and has become sad and grouchy, irritated over little things, – says Akiko, Jiji’s granddaughter, – And then I gave him the cat Kinako.”

The affectionate ginger cat changed something in Jiji himself, and his life was filled with light again.

Kinako quickly became attached to his new owner and followed him around wherever he went.

– An unusually strong friendly relationship has been established between them. Who would have thought that an irritable old man and a very timid, quiet kitten would become such great friends.

The cat has become his constant companion and always lies nearby if Jiji sits or lies down somewhere.

He follows the old man like a little red-haired guardian angel. 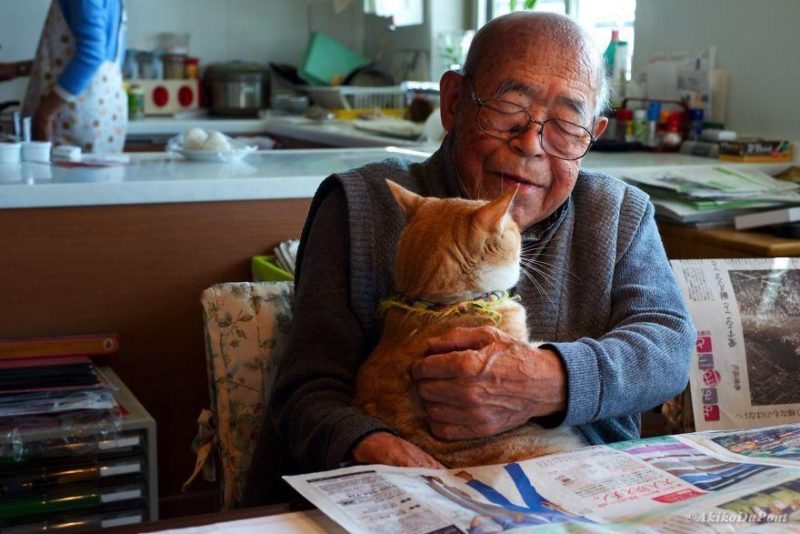 Akiko took many pictures of her grandfather and his cat and posted their story online on her website.

Akiko is a documentary photographer by profession and works in Tokyo.

2-year-old dog has an incredible 12.2-inch nose which is considered the longest in the world
Interesting News
0 149

Mom refused to abandon her daughter, even though the doctors told her so, look what she has become
Interesting News
0 753