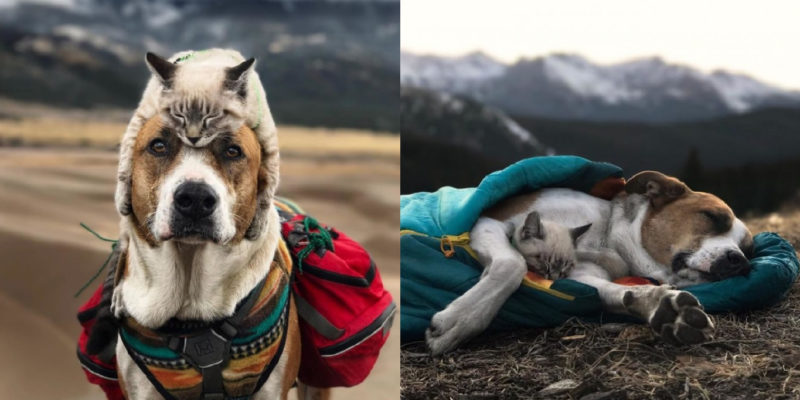 Cynthia Bennett and her boyfriend live in Colorado and are both travel enthusiasts.

Their Instagram has a lot of photos from hiking in the mountains and forests. 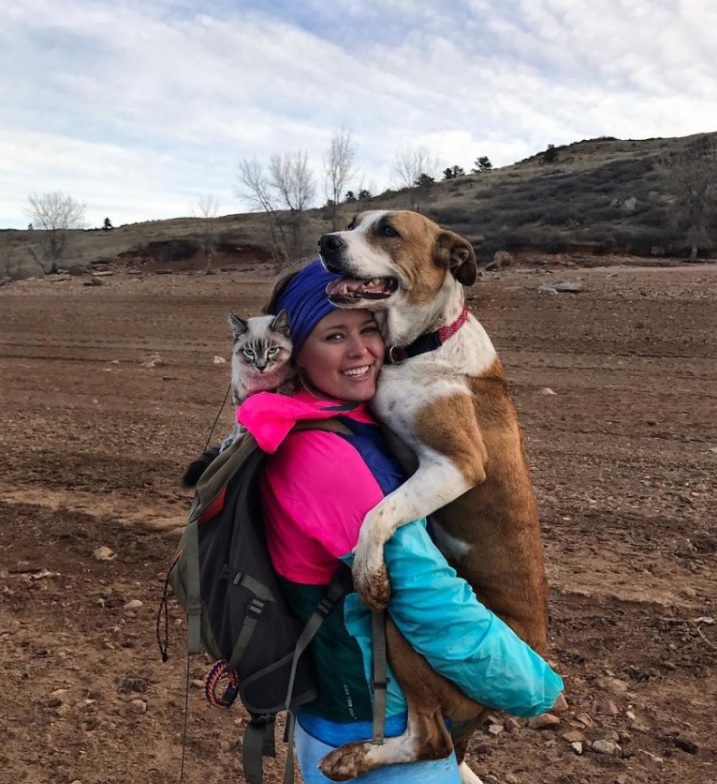 There are especially many pictures of their inseparable companions – the dog Henry and the cat Baloo.

Cynthia and her friend adopted a dog named Henry from a shelter. 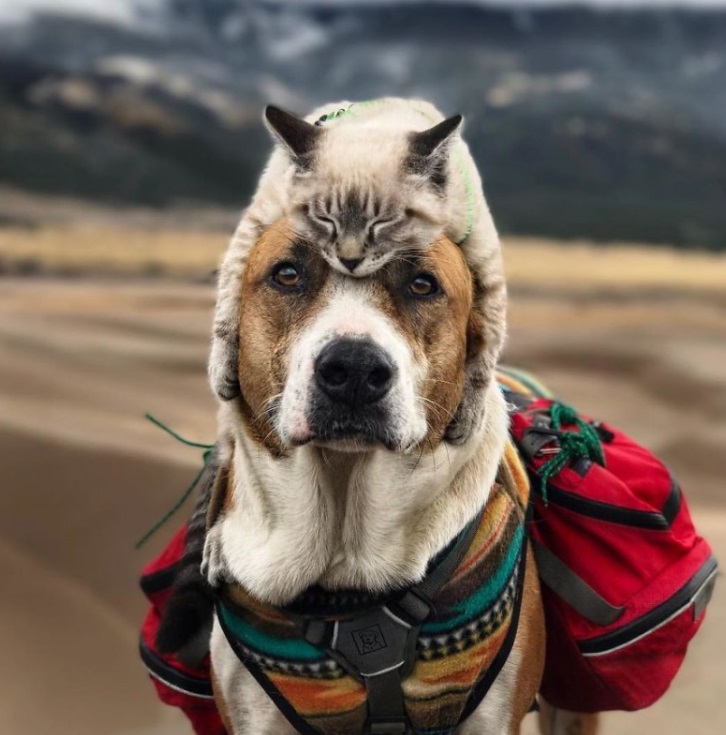 At first, they wanted to adopt a cute golden retriever. But then at a special event where dogs from a shelter were shown, they saw Henry, who was then a small puppy.

Henry was then only 3-4 months old. But he was already very large and was the largest among puppies of the same age. 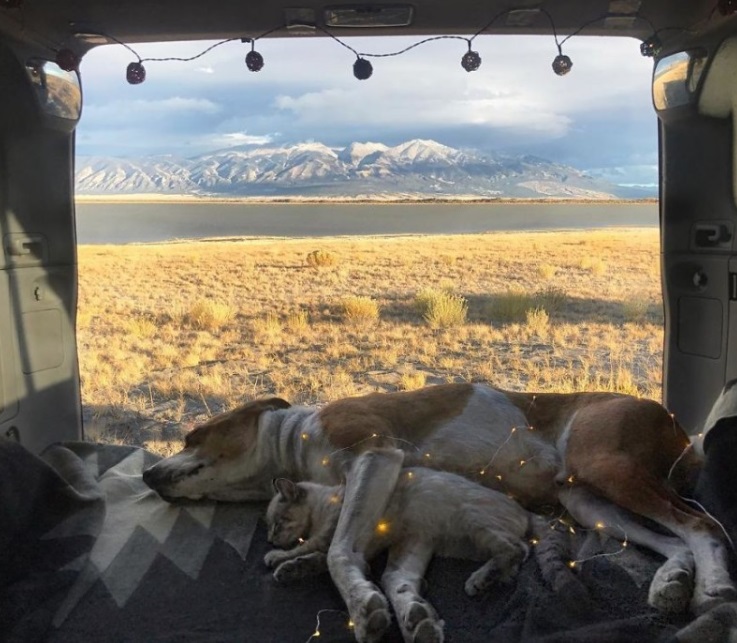 When Cynthia took Henry in her arms, he curled up in her lap, and then lay on his belly up and wanted to be petted.

It was love at first sight.

Three days after, Cynthia took Henry to her. They went on their first joint trip together.

The puppy chose the biggest and steepest stone for himself and boldly climbed up and went to the very edge. “After that, we called him a little mountain goat,” the girl laughs.

A few months ago, Cynthia and her friend decided to adopt another animal. 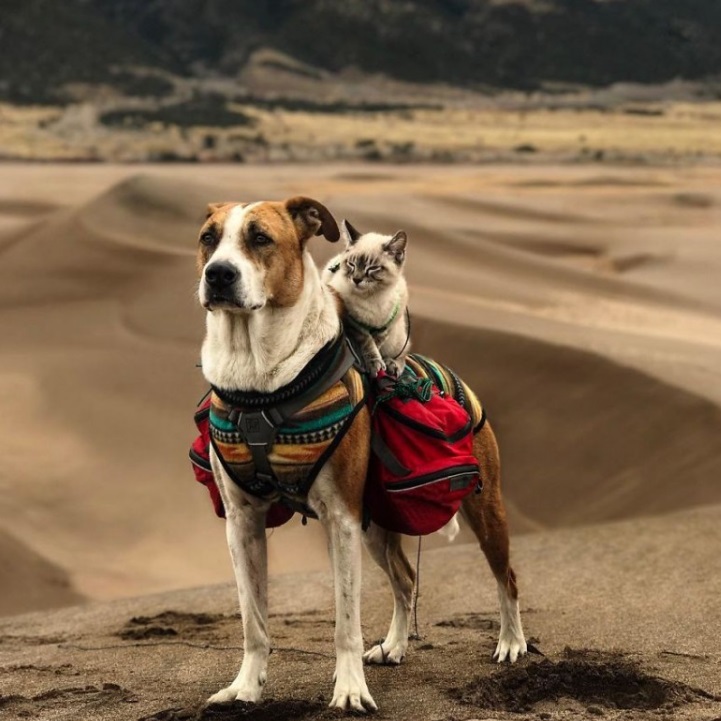 They wanted to adopt a kitten that would be old enough to walk in nature, that is, at least five months old.

They soon found a mixed-breed kitten named Baloo at the shelter.

When Baloo met the dog Henry, they quickly became friends. And now the cat and the dog sleep together, and the cat even rides the dog during their travels with the owners. 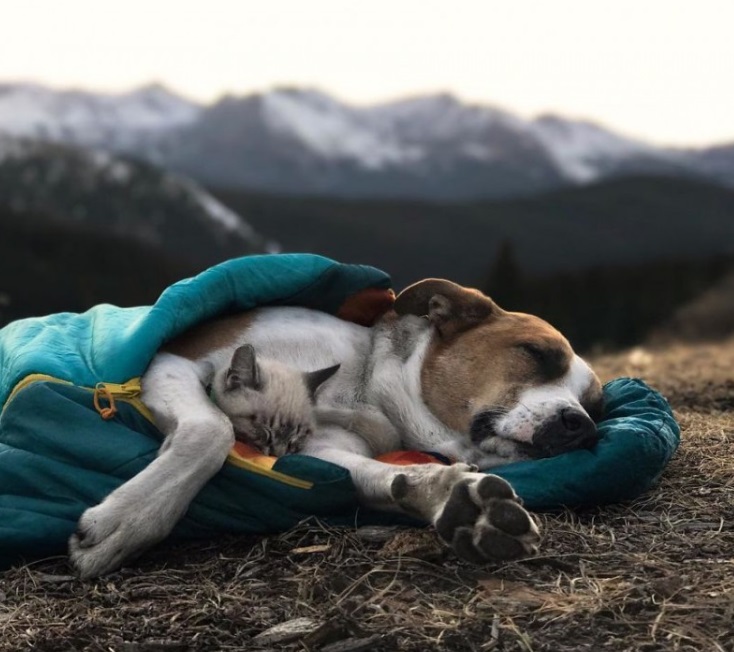 “We are often asked how we taught a cat to a dog. But in fact they just love each other very much,” says Cynthia.

“When we take Henry by the leash to go for a walk, Baloo also runs to the door and starts meowing.”

The caring owl became a mother for a lost duckling, mistaking a duck egg for her own
Animals
0 404

Woman lost 100kg and turned into a real Barbie, as she had dreamed of since childhood
Interesting News
0 52

This woman lived a quiet family life, but her husband found out that she had been missing for 20 years
Interesting News
0 139