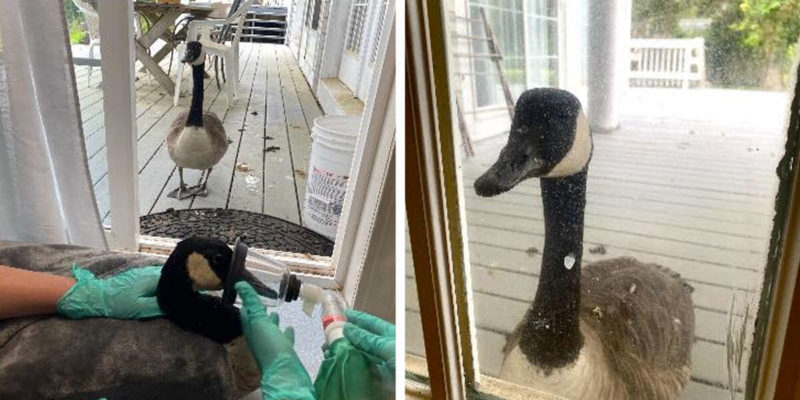 In a touching and emotional scene, a worried goose is waiting outside the clinic while her mate undergoes life-saving surgery.

This heartwarming moment was caught on camera. 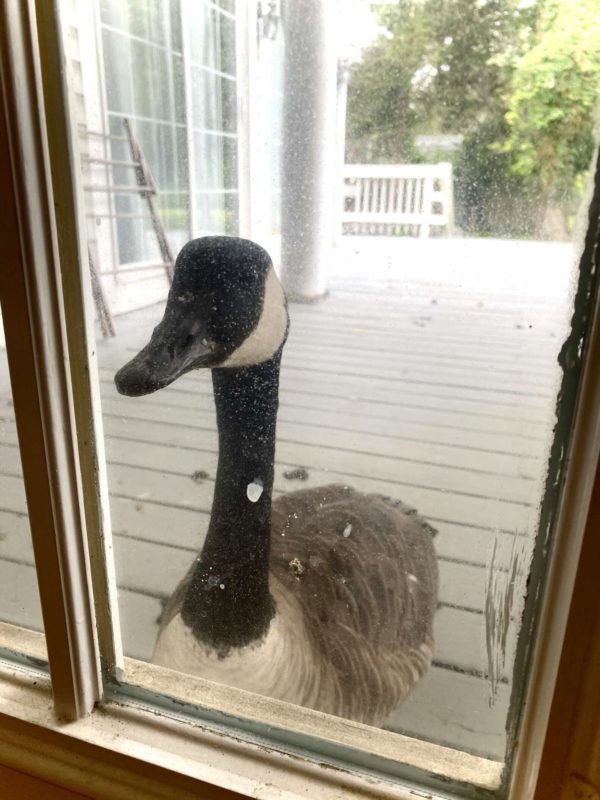 One day, the volunteers at the Cape Wildlife Center, when noticed one of the geese living in the pond in their neighborhood, having difficulties by walking, they became worried.

So, they took the goose to the vet for check out. 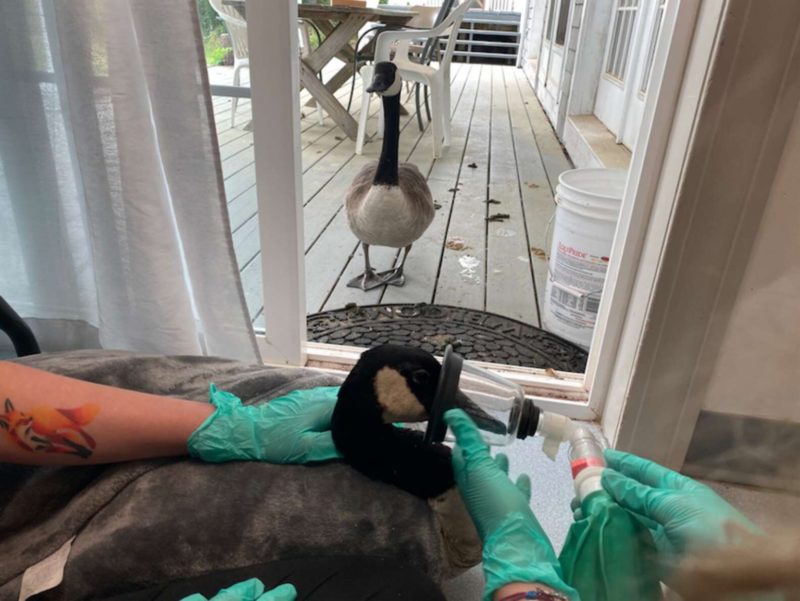 The examination showed the goose, named Arnold, had a bad injury on his foot. Everything was so serious that only surgery will save his life.

The vets thought that some predator, probably, injured him. They gave him antibiotics and prepared him for the surgery. 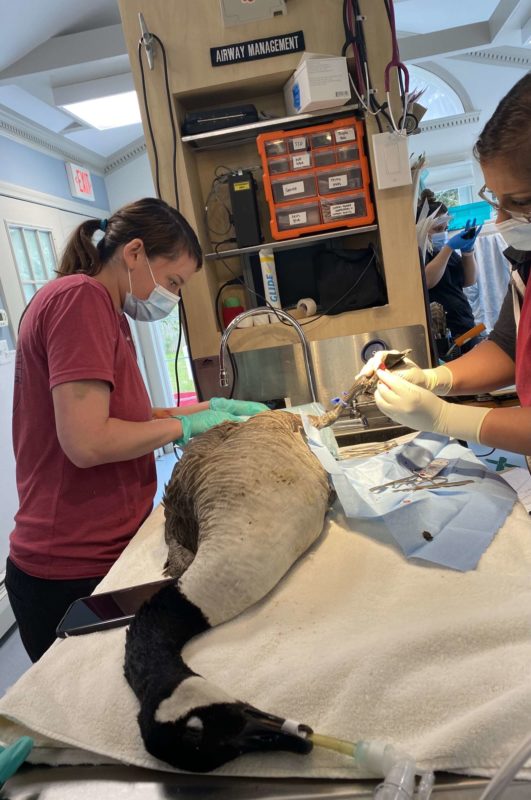 Next morning, when the medical staff were about starting the surgery, they  spotted a goose standing in front of the clinic’s door.

It turned out that not only the medical group was worried about the state of the injured Arnold, but a strange visitor, as well. The vets recognized her, it was Arnold’s lifelong mate.

The concerned goose, apparently, followed her boyfriend and decided to be with him. It was so touching.

She kept waiting for Arnold, during the entire procedure. Fortunately, the surgery finished with a great success.

After a couple of hours, the medics allowed Arnold’s soulmate to enter into the clinic to reunite her ill boyfriend.

Arnold still had to stay a little longer at the hospital, to recover fully.

The medical staff decided to do all the treatment procedures in front of the vet doors, so that his soulmate could see him.

The vets hoped that he will recover very soon to join her loyal soulmate.

Interesting News 0 35
Air Canada pilot cuts flight short for a dog. During the flight from Tel

Rae, an adorable Golden Retriever, with one floppy “unicorn” ear and a very unique look has become an internet sensation
Animals
0 9349

Stray pit bull heroically saves a woman from an attack with a knife, risking his own life and receiving serious stab wounds
Animals
0 359

The couple wanted all the eight dogs they rescued to sleep on the bed with them, so they built a giant bed
Animals
0 226