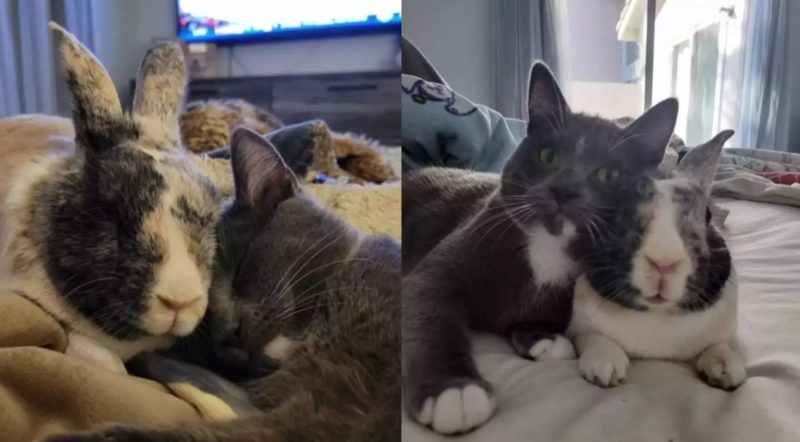 As soon as the cat named Ahsoka, while still very small, appeared in the house of Ryanne Palermo, a special bond was established between her and the bunny Echo. 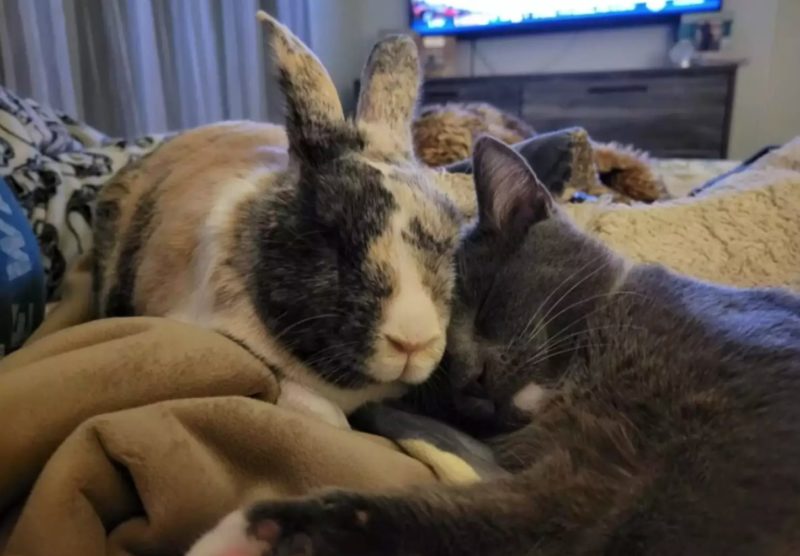 The caring bunny decided to take the cat under his wing, becoming her best friend.

Even though there were other animals living in the house, Ahsoka and Echo spent most of their time with each other.

“We thought that Ahsoka would interact with her siblings a lot, but she chose to spend time with the bunny and became very attached to him.” – says Ryanne Palermo.

Echo began to take care of his furry friend, and soon she became the only animal in the house, which he allowed to enter his cage.

“Echo has always been a real commander in the house. All our other pets were afraid of him, but not Ahsoka. She loved him very much.” — says Ryanne.

Ahsoka and Echo loved to cuddle and watch TV together, but unfortunately, in early July, the rabbit died of old age.

However, the cat still sleeps in the bed she shared with her best friend, remembering their unique bond.

“Ahsoka and Echo have brought so much joy into our lives. When we saw them together, we instantly became happier.” 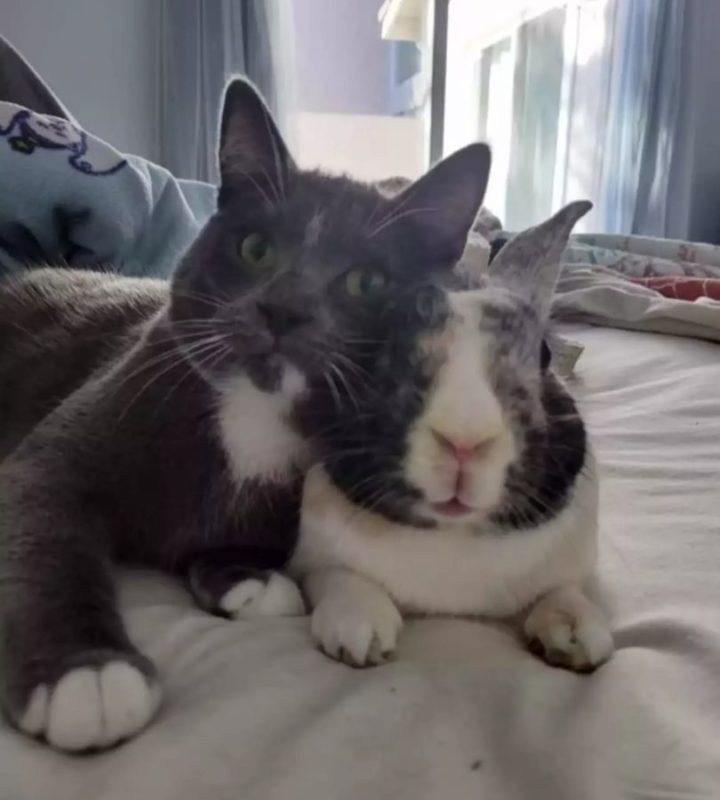 Ryanne has no intention of adopting another bunny any time soon, but if she does decide to do so, she is confident that Ahsoka will take care of the new family member the way Echo once took care of her.

Interesting News 0 62
Recently, a man decided to go boating for a while. At some point, he

The Vietnam War veteran, before dying in the hospice, made his last wish: to see and hug his beloved dog for the last time
Animals
0 609

Meet Baby, a 10-year-old cat who loves to cuddle and sleep with her best friend, a decorative rock in the shape of a cat
Animals
0 677

Peanut, the cat with close-set ears and a sharp face, looks just like a bunny and it’s adorable
Animals
0 238